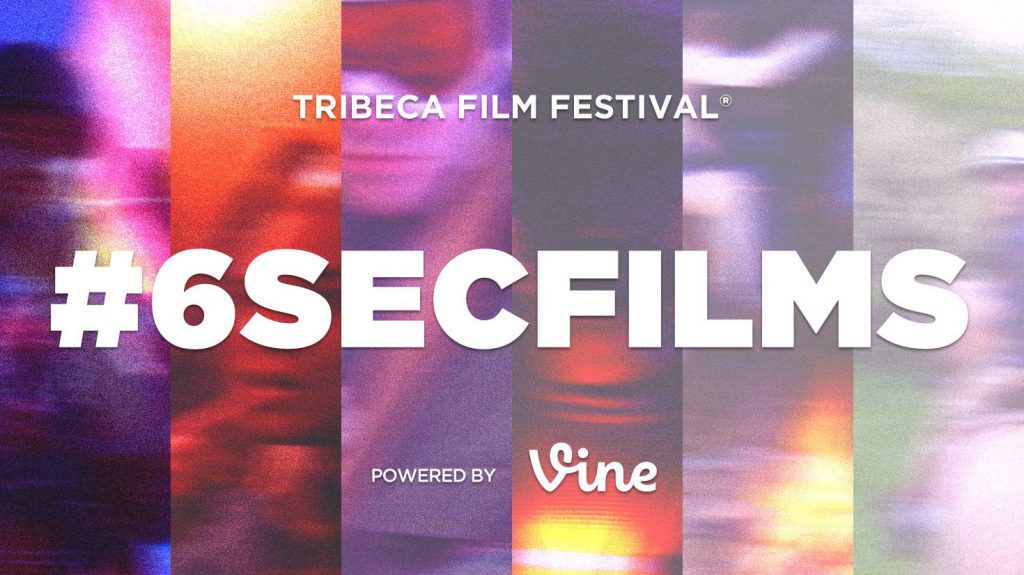 With Twitter’s New Vine App, Life Is But a Meme

If new developments in technology are a driving force in cinematic innovation, it should only follow that the same applies to the marketing of the final work. And as such, it has been a golden few weeks for the new Twitter-based, 6-second video loop application Vine.

Launched just three months ago, the extreme constrictions and meme-like novelty of 6-second looping video has naturally captured the imagination of the film world—interestingly, cineaste and publicist alike. Independent film distributor Oscilloscope Laboratories started the conversation in February (and nearly ended it) by trolling us all and posting the entirety of its upcoming realease “It’s a Disaster” in 6-second clips through their twitter handle, accompanied by the cheeky statement: ““It was so clear to us that six-second loops of video, edited in- phone, and posted in real time was and will be the future of film distribution.” And March saw FilmDistrict’s “Olympus Has Fallen” throw its hat into the ring. Publicity teams recorded 6-second individual reactions after early screenings, which it then uploaded to its twitter and later Olympus6secreviews.com, where it asked viewers to upload their own Vines to join the conversation. It was an early, earnest but eventually ho-hum attempt, clearly hoping to capture the legacy of Blair Witch-era audience testimonials of barely-contained euphoria. Unfortunately, the campaign ultimately registers as guy-in-polo after guy-in-polo talking about how “awesome!” the movie is. And just a few days after FilmDistrcit unveiled its campaign, the Tribeca Film Festival got in the action with the #6SECFESTIVAL, an open call for a judged 6-second Vine submission contest in categories such as #Genre, #Auteur and #Animate.

Media and popular response was naturally mixed, ranging from titillation to calls of abomination, bemoaning the death of the modern attention span and so forth. Quibbles with the medium are the loudest when the content—the message, if you will—is either too lackluster or too meta for its own good. However, the power of Vine as publicity tool shot through its 2-month infancy straight to proud and hopeful adolescence with the unveiling of the first The Wolverine teaser on March 26th. The Wolverine director James Mangold fired off a Vine-bearing tweet with a one-word introduction—“tweaser”—that showed a flurry of snippets exposing a lot of what we can expect visually, with little bearing on plot. And with this, the conversation surrounding Vine went from “well, I guess it’s an interesting idea…” to “HOLD THE PHONES—Is that Jean Grey?!”

All of a sudden, the medium was in the backseat, and its power to unveil without exposing was made apparent. Fanboys and fangirls were shown nimble ninjas, serene temples, a high-flying adamantium-bared Wolverine, but most importantly, a blink-and-you’ll-miss-it reveal of Famke Jenssen’s Jean Grey, a long-speculated but finally confirmed presence in the upcoming movie. The “tweaser” was an immediate event, and saw the widest reporting of any Vine-related publicity push to date. And it’s from this “graduation” of Vine-as-publicity-tool that we can learn what really works, and what doesn’t.

Vine works wonderfully as a wordless reveal, a preliminary glimpse into an upcoming cinematic world. Its revelatory power stems from three factors: content, timing and web-browser integration. The days of cinematic trailer as event are drawing to a close; although trailer addicts remain among us, for most netizens a film trailer is the pop-up you x-out to return to your browsing pleasure. Not to mention that, at an average of 2 to 3 minutes a trailer, a trailer you are not rabid to watch has more in common with a full-length feature you’re not dying to see than a short and sweet animated .gif. Cue ADD doomsday bally-hoo. What Vine has going for it is its seamless integration into the web browsing experience. Videos appear in-tweet, and in the case of reporting, in-post, grabbing immediate attention by way of their choppy, fast-paced cutting—sans self-initiated loading, or choice. And most potently of all, the Vine has run its course before you even have time to click away. Call it instant eyeball, with immediate repetition thanks to Vine’s infinite loop. Before you even had a chance to say no, you’ve been exposed to (and your interests possibly piqued by) something new.

With this in mind, it becomes time to showcase the content. Six seconds is still infinitesimal, even in our focus-challenged age. The reveal of Jean Grey appearing in the next Wolverine installment, believe it or not, was even shorter—a fraction of a second. But it started the conversation—cynics read: publicity cycle—of a film half a year away. The Vine rewarded die-hard fans with a first-glimpse of the tentpole property’s new realization, and a well-times Vine “tweaser”, possibly months before a trailer is ready to go out (as opposed to one day before in the case of “The Wolverine”) could do wonders to build excitement and create or cement an audience for an upcoming film. Integrating a Vine campaign in the lead-up to a trailer (usually ready mere months before release) can deepen the public’s exposure to a film, and hopefully, solidify their desire to see it.

Ultimately, Vine is unlikely to dramatically change (or revolutionize, or destroy) the face of film making, marketing or distribution. But it can be thoughtfully integrated into a longer marketing campaign to attract attention, not to mention create awareness where there possibly could not have been. Still, novelty remains key. New trailers no longer make news in the vast majority of upcoming releases, but innovative uses of new technology still do. Film marketers take heed, while Vine pudding still waits for proof, time is of the essence.

Looking both back at the last year, and to the films coming in 2013, here are a few ways that Vine campaigns could have (and still can) make an impact.

2012 was a standout year for historical epics based on classic works of literature. The standout, of course, being Les Miserables. The mammoth budget, star-besotted spectacular and its juggernaut publicity team made sure everyone in America found out that the singing (for better or worse) was recorded live. But the hoopla over the authenticity of Les Miserables served to highlight how little the public knew about the enchanting production design and choreography in Anna Karenina. Indeed, the audience at large knew little of what to expect in director Joe Wright’s highly stylized adaptation. An early Vine campaign showcasing the ethereal tracking shots featuring elaborate waltzes conceived by the director and choreographer Sidi Larbi Cherkaoui could have done a lot to get the sweeping romance into the hearts and minds of the American public (dance-enthusiasts, opera nuts, and Keira Knightley fans alike).

This summer’s most tightly-guarded blockbuster, Pacific Rim is director Guillermo del Toro’s biggest budget outing to date. The science fiction epic takes its inspiration from “kaiju”, the Japanese genre of “strange beasts” from which the Godzilla and Mothra tradition arose. While Godzilla has entranced American audiences for many decades, the “kaiju” tradition as a whole, though bound to be visually arresting, hardly has deep roots in American pop culture. Early, snapshot reveals of the mythical beasts that actors Charlie Hunnam and Rinko Kikuchi will be fighting in Pacific Rim would go a long way in prepping American audiences for the box-office invasion ahead.