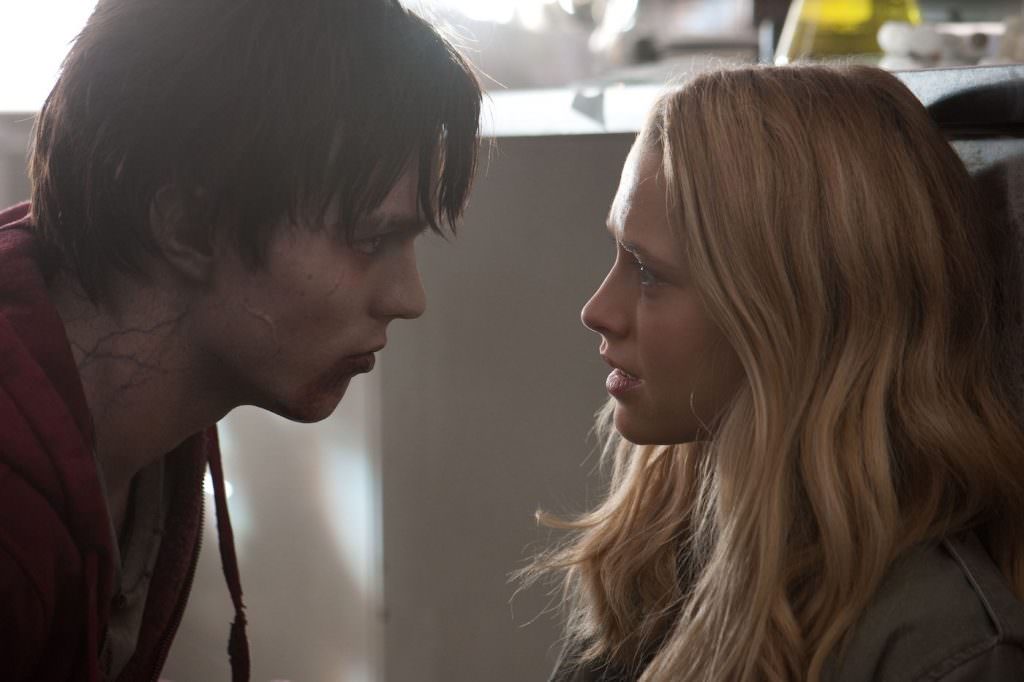 How Would Lubitsch Do It? A Valentine’s Day Ode to the Classic Rom-Com

It’s Valentine’s Day, which means there’s a good chance you and your special someone might want to catch the latest lighthearted romantic comedy—but right now, there’s not much out that qualifies as such. Sure there is Silver Linings Playbook and Warm  Bodies, two recent (and well executed) genre twists on the rom-com, but “light hearted” they are not. The former, up for 8 Academy Awards, is wonderful but dark, and the latter is witty and playful but also involves eating brains. Waxing poetic over “the way things used to be” is not our bag (film is a medium that mercilessly hurtles forward), but the classic romantic comedy genre, a staple of Hollywood and one that has given us so many legendary films, has taken a back seat as of late.

What, exactly, has happened? Claude Brodesser-Akner examined the rom-com releases of 2012 in a late December article for New York Magazine (and then New York followed up with this piece, honoring the 10th anniversary of rom-com hit How To Lose A Guy in Ten Days) and rounded up the usual suspects: audience members with changing tastes and priorities; the drying up of revenue streams for stories that involve meet-cutes and end “happily ever after;” actors and actresses who see rom-coms as a trap to avoid. All are valid points, and none can be pin pointed as the sole reason the romantic comedy is a genre that’s currently in a bit of a lull.

Yet it’s also questionable whether anything is really wrong with the rom-com genre. The aforementioned Silver Linings Playbook and Warm Bodies are good movies with interesting twists on the genre, and are doing well with audiences. And the history of rom-coms is a long and illustrious one, with many variations in storytelling style. Maybe all we need is a little inspiration from yesteryear to remind us of the classic rom-com and why it works, and, perhaps you can add these to your Netflix queue so you and your significant other can thread a few wonderful, touching films into your rotation of gritty neo-noir and heartbreaking dramas we will go ahead and assume you’re watching.

The great writer/director Billy Wilder had a large sign hanging in his office, which asked the question “How would Lubitsch do it?” Looking at it every day for inspiration helped him create some of the best romantic comedies ever made, such as Sabrina (1954), The Seven Year Itch (1955), Love in the Afternoon (1957), Some Like it Hot (1959), and The Apartment (1960). “Lubitsch” was the director Ernst Lubitsch, Wilder’s mentor, and the one who pretty much developed the romantic comedy genre as we know it today, first in Germany in silent films of the 1920s, and then in Hollywood’s Golden Age of the 1930s-1940s.

Lubitsch's masterpieces, The Oyster Princess (1919), The Wildcat (1921), The Marriage Circle (1924), Trouble in Paradise (1932), Ninotchka (1939, with Greta Garbo, co-written by Wilder), The Shop Around the Corner (1940), To Be Or Not To Be (1942), and Heaven Can Wait (1943), are filled with visual and verbal wit, loads of charm, a continental sophistication new to American audiences, a touch of sadness and nostalgia, and a touch of sex, forbidden and funny. The studio PR men coined it “The Lubitsch Touch,” and it graced another dozen or more films between the 20s and 40s that are only incredibly great, but no masterpieces. Unfortunately Lubitsch died relatively young at 55, in 1947, but his influence in Hollywood has never ebbed, even though many filmmakers have followed his lead without realizing who was lighting their romantic comedy path.

Some of Hollywood’s best directors by no means confined themselves to just romantic comedies, yet were inspired by Lubitsch and gave us some of some of the best rom-coms throughout the years. In addition to Billy Wilder, there were directors like Howard Hawks, George Stevens, Frank Capra, George Cukor, and Preston Sturges, who all cut their teeth in 30’s screwball comedy and later romantic comedies, which all grew out of Lubitsch’s 1930’s films.

Frank Capra started out in the 20’s directing silent movies for comedy star Harry Langdon, and by the 30’s was creating the screwball comedies It Happened One Night (1934, with Clark Gable and Claudette Colbert), Mr. Deed’s Goes to Town (1936, with Gary Cooper), You Can’t Take It With You (1938), and Arsenic and Old Lace (1944), all classics.

Howard Hawks, probably the most versatile director in Hollywood history, turned out great films in every genre, and gave us the screwball comedies Twentieth Century (1934), Bringing Up Baby (1938, Cary Grant and Katherine Hepburn), and His Girl Friday (1940).

George Stevens started out as a cameraman at Hal Roach studios, shooting shorts for the likes of Laurel & Hardy and other Roach Studios comedy stars. From 1924-1930 he shot over 60 shorts. From 1930-1935 he moved into writing and directing another 40 or so shorts before commencing with feature length work. With Stevens we see a director stretching the genre into both the drama and musical categories, again taking his cue from Lubitsch. Swing Time (1936, an Fred Astaire/Ginger Rogers musical comedy), A Damsel in Distress (1937, another Astaire/Rogers picture), Vivacious Lady (1938), Penny Serenade (1941, an underappreciated gem), Woman of the Year (1941, probably the best  Spencer Tracy/Katharine Hepburn film), and The More the Merrier (1943) are Stevens highlights. After WWII, he went onto direct the classic dramas A Place in the Sun (1951), Shane (1953), and Giant (1956).

Preston Sturges is unique – his films pretty much deserve their own sub-genre. You might say he Americanized “the Lubitsch Touch,” giving it a rougher humor, and showing up the sophisticate as a heel, a phony, a thief, or all three. The Great McGinty (1940) and Sullivan’s Travels (1941) send up political and Hollywood pretentions, respectively; Christmas in July (1940) does the same for depression era consumerism; and The Lady Eve (1941) and The Palm Beach Story (1942) satirize the whole idea of meet-cute romantic comedies.

The romantic comedy genre is so threaded throughout the DNA of film history that talk of its decline is probably greatly exaggerated. Yet, it’s not wrong to wonder from where, and when, the next great crop of romantic comedies will come. Perhaps they have already arrived, and have simply taken a new form…have you seen Silver Linings Playbook, per chance?