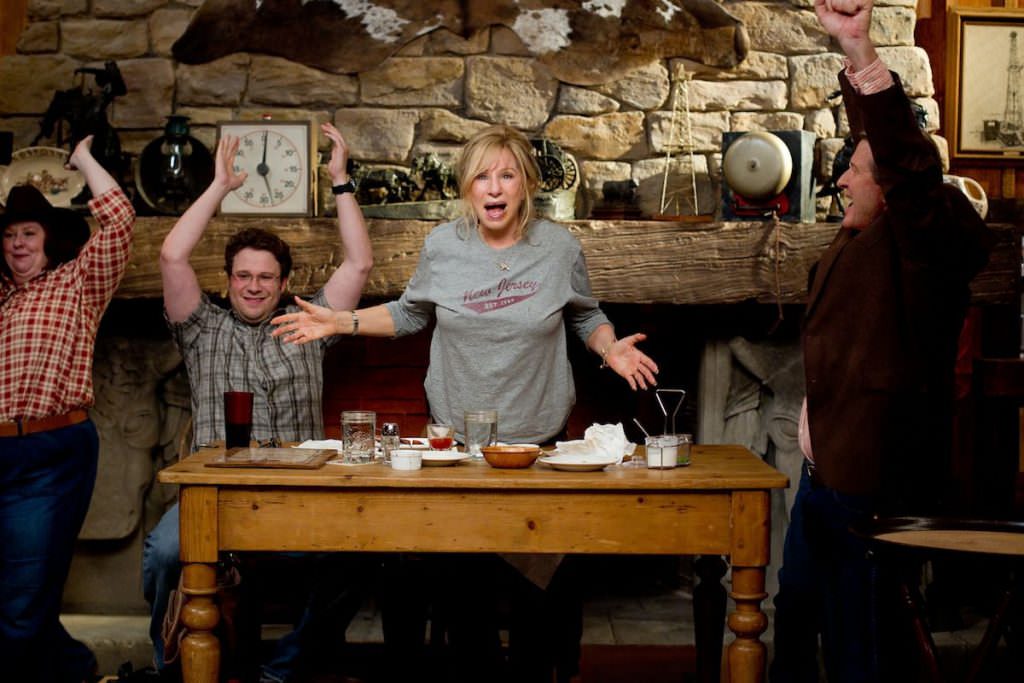 I Love You, Mom: Dan Fogelman’s The Guilt Trip Is A Love Letter To His Late Mother

Screenwriter Dan Fogelman’s story is a true life Hollywood fairy tale: New Jersey native comes to Tinseltown looking for work in the entertainment industry, lands a gig writing for TV, then writes for a little animation company by the name of Pixar (Cars), while writing his own scripts on the side, one of which becomes the hit Crazy, Stupid, Love starring Steve Carell and Ryan Gosling.

The fairy tale continues today (fitting, considering Fogelman also wrote Warner Bros.  Rapunzel update Tangled) with the release of Paramount's The Guilt Trip, starring Seth Rogen and Barbra Streisand as a son and mother going on a cross-country road trip—based on his real-life experience a handful of years back. Next up? He’ll direct his script for Imagine, about a 1970s aging rock star recommitting to his youthful ideals after finding a letter from John Lennon, starring Al Pacino, Julianne Moore, and Jeremy Renner. We talked to Fogelman about landing Babs to play his mom, whether Googling himself is a good idea, and boozing it up in a secluded cabin in order to write. 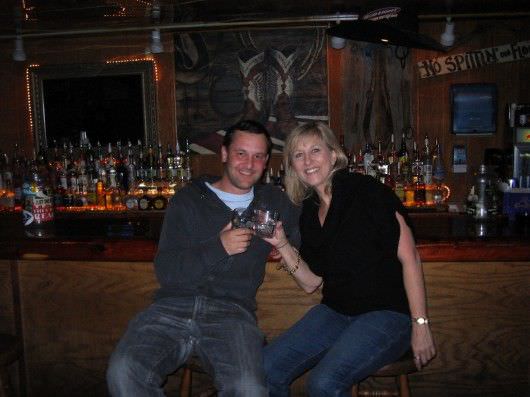 The Credits: When you’re writing something that’s this autobiographical, how do you know where to draw the line? Is anything off limits?

Fogelman: I kind of put everything out there. The movie’s a bit of a love letter to my mom and to moms in general. So there’s nothing that risqué about it, where I was going, “Oh, this is really going to offend people.” It’s a weird thing. It’s very autobiographical—the character Barbra plays is very much my mom. We took a road trip together and most of the things that happen in the movie happened on our trip, but at the same time, my father’s very much alive and a nice guy, and I killed off the father in our movie (laughs). I had to call my dad and be like, “Listen, everybody in our lives is going to be watching this movie about Mom, and the father’s dead. Don’t read into it too much.”

How did he handle that news?

He was fine. I actually put him in the background of one of the scenes, which was my way of compensating. My mother actually passed away a couple of years ago, so it’s this bizarre experience right now making this film about her.

Barbra Streisand was your mom’s hero. Tell me about the moment you found out that she was going to play her. What went through your mind?

My mom was a Jewish girl from Brooklyn; I always say she wouldn’t know a celebrity if one walked into her living room, but Barbra was everything to her. My mom used to watch The Way We Were, and just wail at the end of the movie. My sister and I thought it was funny how hard she would cry. I did the road trip with my mom about six years ago, then wrote the movie, and she knew that it was getting made, and then she got sick and passed away. And I was on a quest to get Barbra to play her.

How does one get Barbra Streisand in one’s movie?

It was a process. Barbra doesn’t work very often. I went to her house for the first time to talk about the script, and I remember I brought her purple flowers and orchids. I had a really nice arrangement made because she was having us over for dinner. And she liked the flowers. I’ve gotten to work with quite a few people now, and I don’t get nervous very much, but there was a lot riding on this, and Barbra sat us down, I was with Anne Fletcher, the director, and she said, “Talk to me about this movie. Why should I do this movie? I don’t like working a lot.” And we sat at her house for five hours talking about the film.

No, she has people who cook (laughs). But Barbra’s an eater, so she loves to have people over. She has an amazing house on the water. It’s out of this world.

I read that she didn’t want to leave Malibu to film this movie.

Yeah, she’s achieved the level of fame and success where people come to her. So we brought the movie to her. The only way the movie was gonna happen was if it was Seth [Rogen] and Barbra together–that was everybody’s head space. First Barbra and Seth got together and read a couple of scenes, and she liked Seth immediately. That was a big draw for her. Then we did a table read, and people were really laughing and loving Barbra. She turned to me afterwards and said, “This is really funny.” And that was the turning point.

You’ve said this is essentially seeing your mother as a “person” for the first time. As you get older, that happens. When was that moment for you in your real life?

In real life, my parents got divorced when I was 16 or 17, and so I had the perspective of seeing my parents kind of get out and start dating and restart their lives in different ways. We have this tendency to see our parents as these creatures that exist to only be our parents, and at some point, we all have a moment where we go, “Holy crap, they exist when they’re not in the same room as us!”

Exactly. What made you want Seth in the role?

I think he’s the most naturalistic actor I’ve ever worked with. There’s no artifice. I remember seeing Knocked Up, and thinking, this guy is the real deal. You didn’t feel like you were watching an acting performance, you felt like you were watching someone very real on screen. To me in this movie, he’s almost like a young Albert Brooks. Barbra always calls him, “adorable,” and he kind of is in the film.

When did you know you wanted to write?

I actually always wanted to write novels, I never studied screenwriting, and I wasn’t a huge movie buff, even. I guess I just wimped out because novels are too hard (laughs). I wanted to do something in the entertainment industry, but it’s a little like playing a sport you’ve never played, and you don’t know the rules. I moved out here and kind of got lucky. I worked for years in television, and then things started moving quickly for me.

Does having hit after hit mess with your head a little bit?

That’s very nice of you to say. The internet makes things very hard. I can go online anytime and read 400 terrible things about any one of my movies, or my writing, and I try and avoid it. You’re always kind of chasing something.

Do you read your reviews?

It’s hard not to. Everyone in your life has like Google Alerts on your movies, and they’re all reading it. My father calls and says, “You have a terrible review in the New York Post.”

Yeah. Invariably, I’m proud of all the films I’ve done. The kind of stuff I do, it’s not movies about going to kill Bin Laden. Cynics are not always going to love what I do. You have to kind of accept that going in. These movies don't always get all good reviews. We had a premiere the other night, and I could hear sniffling throughout this huge theater, and that’s f**king cool. So you try to hang onto those cool moments.

I don’t write often, but I write very quicky and kind of stream of consciousness. I’m not a screenwriter in that I don’t have any training and I don’t know what I’m doing. I tend to sit on an idea for a long time. I rented this cabin and would go up there for like a week and a half and write. I did that for Crazy, Stupid, Love and Imagine, which I’m directing next year. My girlfriend and I bought a little ranch a few hours from Los Angeles so now I’ll go there to write. I have to lock myself in a room with a bottle of booze (laughs). It’s like the lamest screenwriter version of Thoreau. I’ll get a bunch of food so I never have to leave the house. I’ll get up at 4 am and write until 10 o'clock at night for eight days.

Do you use Final Draft Pro or something?

Yeah, Final Draft is what I learned on. I usually write really long and then spend the last two days of that process whittling it down. On the mom movie, it was different. I actually kept a journal the entire trip and would email it to my like 150 of my friends every night. They thought I was f**king crazy for driving across country with my mom.

Did you know the whole time it would be a screenplay?

Yeah. At the end I had like 25 pages of prose, and I basically just turned it into a screenplay.

That’s awesome. So what kind of advice would you give to aspiring filmmakers or screenwriters?

It’s very difficult. And if there’s something else you can do that would make you equally or close to equally as happy, you should do that other thing. It’s just hard to get lucky. But if you’re still determined after that, there really is no path. Other than just write your ass off. Read as many screenplays as you can, watch as many movies, and write as much as possible. 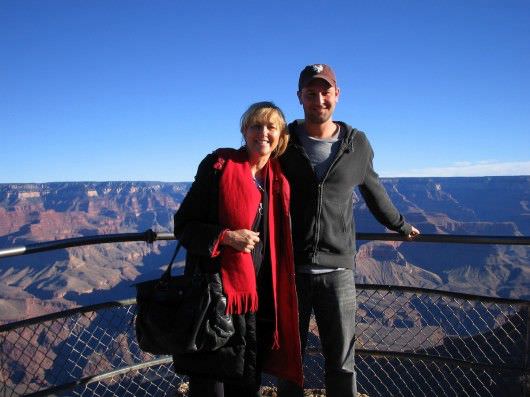