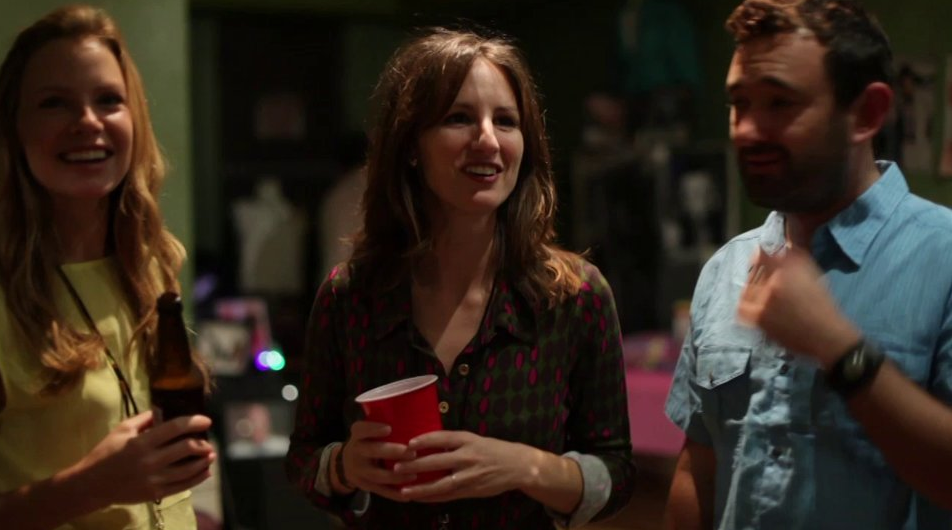 The Credits Presents: Up-and-Coming Filmmakers on the Festival Circuit

To the uninitiated, filmmaking resembles nothing short of magic. Actors transform into memorable characters, scripts morph into visceral stories, a movie screen becomes a window into another world. But for the men and women working just outside the cameraframe, the process of making movies is a bit more scientific.  Details are essential, timing is integral, the perfect line of dialogue is well wrought–and, often, rewritten.  Making your first film (or your second!) can be a truly rewarding experience–but not without its fair share of trials, tribulations, and of course good old fashioned hard work.

During our stay at the Austin Film Festival, The Credits sought out two up-and-coming filmmakers, Derrick Sims (Come Morning) and Kit Pongetti (Stakeout), who brought their films to AFF for the very first time.

Derrick Sims has been making movies since he was 9, but Come Morning is his feature directorial debut. And he had AFF-goers buzzing well before his movie premiered. We were thrilled to talk with the Arkansas native about his ambitious feature-length film Come Morning, which tells the tale of a grandfather and son who, involved in a tragic accident, are changed forever in the course of one dark night in the South. Sims played the part of director, writer, cinematographer, and editor for the beautifully-rendered Come Morning, which he shot in only 12 days. Financing his film with funding from Kickstarter, Sims landed the finished project at the inimitable Austin Film Festival, where it debuted to acclaim and received a nomination for best feature length film.

Kit Pongetti is certainly not a novice to the film world. Pongetti is a gifted actress, singer, and writer, who's worked on television hits like Roseanne, Scrubs, Gillmore Girls, and How I Met Your Mother.  But as Pongetti will tell you, filmmaking is a different beast entirely. When we caught wind of her directorial debut; the autobiographical short film Stakeout, about two teenage girls in the 1980s who spy on parties from the safety of their car, we just had to know more. Pongetti's film is adapted from the screenplay, "Guy Spies," co-written with Jessica Sheets, and is not-so-loosely based on the duo's own high school 'misadventures.' Funny, witty, and poignant, Pongetti's film is a beautifully-shot coming-of-age story that boasts some of the best 80's getups we've seen in a long time. Stakeout debuted at the American Film Institute (AFI) Directing Workshop for Women Showcase in Los Angeles, where the film won two awards.

Check out our video above to see what it took to get these two uber-talented new filmmakers' visions onto the big screen at a major film festival, and just how it felt to see it there.