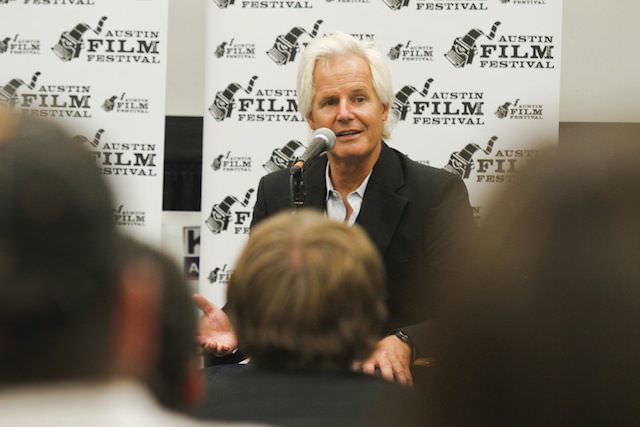 Q&A With Chris Carter, Writer and Creator of The X-Files

Chris Carter is a television legend. As the creative mastermind behind the iconic, 90s-defining supernatural television thriller The X-Files, he has nourished a generation with truly out-of-this world entertainment. Part metaphysical suspense, sci-fi epic, and well-wrought drama, The X-Files won over TV-viewing audiences with its unique plot lines, imaginative subject matter, and seemingly effortless execution. And the show's expertly nuanced protagonists, FBI special agents Fox Mulder and Dana Scully, have been duly etched into our collective pop culture cache for decades to come.

But The X-Files isn't Chris Carter's only claim to fame. The screenwriter is a prolific television writer–he's been on staff at major studios like Walt Disney and Fox–and he has written two The X-Files feature films, as well as television shows Millenium, Harsh Realm, and The Lone Gunman. He's also garnered credits in directing, producing, and acting, and prior to his work in television, Carter was the long-time editor of Surfing Magazine. Throughout his career, Carter has amassed eight Emmy nominations.

We recently traveled to the Austin Film Festival, where we were thrilled to speak one-on-one with scriptwriting extraordinaire Chris Carter. In this Q&A video, Carter discusses his work on The X-Files, where he draws inspiration from, and what advice he has to offer aspiring screenwriters.