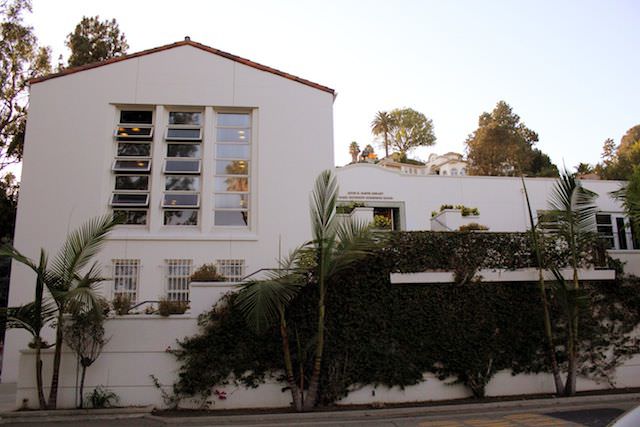 Where Hollywood Hones Its Craft: Getting Film Schooled At AFI

By Joey Capone and Katie Manderfield

Tucked in the hills of Griffith Park, the American Film Institute is as much a Hollywood mainstay as its film lore surroundings. From campus, one can see the hillsides housing such celebrated fixtures as the Hollywood sign, the Observatory where James Dean got into a knife fight in Rebel Without a Cause, and hundreds of eclectic, multimillion-dollar homes—many of which house Hollywood’s biggest stars—stretching all the way to the Malibu coastline. It’s the kind of inspiration an aspiring filmmaker might just pay $40,000 in tuition for.

Well, that and its A-list reputation. For Hollywood insiders, the American Film Institute, or AFI as it’s better well known, is the spot for top-notch film study. Founded as a nonprofit by the National Endowment of the Arts in 1967, AFI had one singular mission: to serve as ‘America’s promise to preserve the history of the motion picture, to honor the artists and their work, and to educate the next generation of storytellers.’

A bold mission, to be sure, but it’s one that has made AFI one of the world’s leading cinema studies program—with alumni that would make the most jaded of film fans giddy. The highly-selective Conservatory, which has been awarded prestige as one of the top film schools in the world, boasts graduates like David Lynch, Edward Zwick, Paul Schrader, Darren Aronofsky, and Terrence Malick. Talk about a great—and intimidating—thesis show. 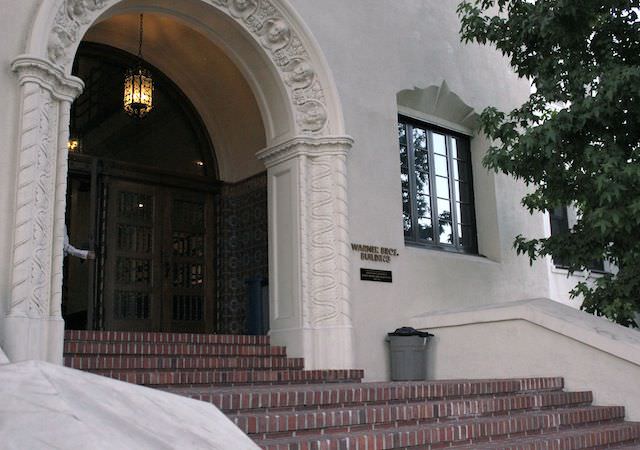 The school resides in one half of what used to be the Immaculate Heart College, erected in 1916 by a band of dedicated nuns and purchased by AFI in the 1980s. Campus visitors will find students carrying C-stands over their shoulders and 1000-watt lights in hand, milling about the white stucco walls of The Conservatory. But they’ll also find an impressive nonstudent population scurrying about, from working screenwriters to household name actors and aspiring directors, likely headed in the direction of the renowned AFI Louis B. Mayer Film Library.

While no school is complete without a comprehensive library, AFI’s film library has created a legion of disciples who treat the landmark like a holy shrine. Just ask resident librarian and fellow cinephile Robert Vaughn, who sits behind a well-worn desk, with an audiocassette of Terrence Malick’s Master Seminar propped underneath his computer monitor. “This is not just a building housing collections of material,” he says. “It’s an environment facilitating intellectual discoveries.” 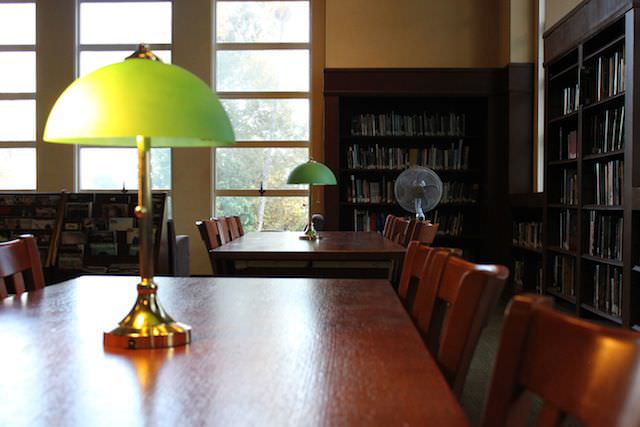 And that’s not just press talk: AFI Library, which houses approximately 5,000 unpublished scripts and an expansive collection of exclusive 'master seminars' from actors and filmmakers,  is also reputed to boast one of the most impressive film catalogs in the world. Director (and, let’s just say it, film historian) Martin Scorcese once said, “No other source of information is as complete and accurate, and no other source is produced with the scrupulous level of attention to scholarship and research as the AFI catalog.”

The catalog, housed in a small portable office behind the library, is the result of an obsessive mission to document, as thoroughly as possible, every single big-screen film produced in the United States. Now widely accessible online, the catalog boasts incredibly comprehensive entries on nearly 60,000 American full-length features and 17,000 short films. Bob Birchard, the current director of this 44-year old project, explains how the Catalog differs from contemporary film-centric databases like IMDB: “We try to actually watch the films,” he deadpans.

Birchard's work in cinema preservation is more than just a job. “I felt a certain empathy to these early filmmakers who thought they were doing something that was going to last forever,” he says. “Then one-reelers gave way to two reelers, gave way to features, gave way to sound, gave way to color and widescreen and the films they’d made became essentially obsolete. I think it’s a duty we owe to the people who made these films to document what they did and preserve them, if possible.” 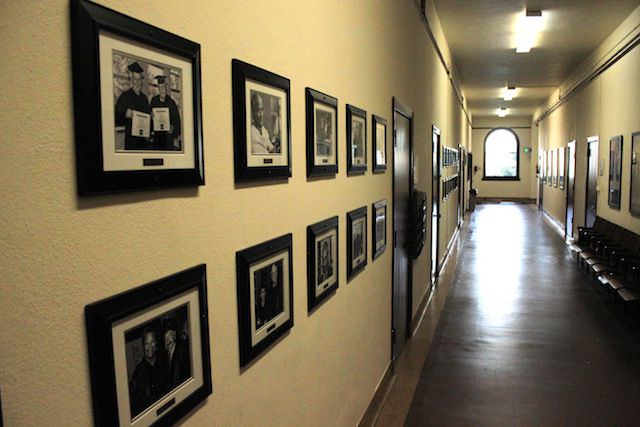 Truly, cinema loyalism is ubiquitous at AFI—evident even in the school’s hallways, where posters of well-known AFI thesis films are on display. Among them? Eraserhead, which began its lengthy production while David Lynch studied in The Conservatory’s very first class. (Fun fact: At the time, the surrealistic subject matter of Lynch’s body horror film was hotly debated, and only approved to shoot when then-Dean Frank Daniel threatened to resign were it not allowed. The film took years to make, but the wait was worth it—Lynch’s uncompromising artistic vision, championed by AFI’s Frank Daniel, jumpstarted a singular career that, were it to have a through-line, would be artistic courage.)

So what’s it like to actually attend AFI? “It’s a 24/7 commitment,” librarian Vaughn explains, pointing to students immersed in film textbooks across the library. “You have to have the financial backing to afford the tuition and to be able to live for two and a half to three years without paying work.”

We pass into the library’s computer lab where dozens of students focus intently, their furrowed brows lit by their machine’s pale glow. “Here, your focus is like an apprenticeship. You learn the craft by doing the craft under experienced mentors.” When asked what it takes to compete in this environment, Vaughn doesn’t miss a beat. “Whatever challenges we face here don’t stem from apathy,” he says.

There are many iconic locations in Hollywood, from Sunset Boulevard to the Hollywood sign to Mann’s Chinese Theater, but for the real film lovers among us, AFI’s library serves as the most hallowed of halls, a place that bears witness to human beings who made those aforementioned famous Hollywood spots mean something.