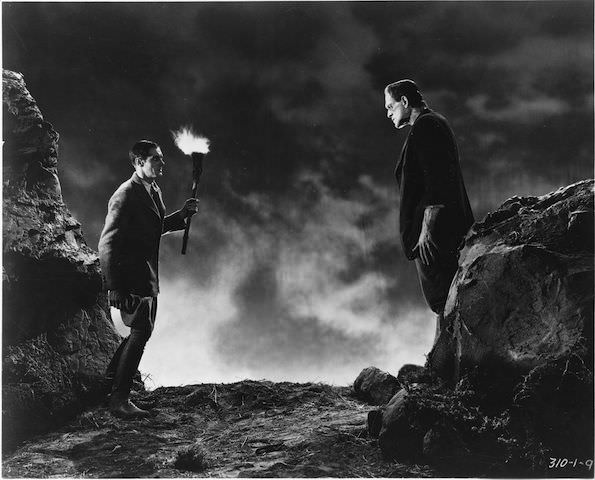 It’s that time of year when things that go bump in the night are on our minds and our movie screens. Halloween, perhaps even more so than Christmas, is a movie holiday; what else are you supposed to do to celebrate, once society deems you too old to knock on doors and demand candy?

Boutique theaters across the country understand this grown-up Halloween need, and answer enthusiastically with holiday-specific programming that runs the gamut—from camp to horror, and everything in between.

“You don’t see Thanksgiving movies being made too often. There are no Memorial Day films created with any kind of frequency,” Sam Prime, programmer for Austin’s Alamo Drafthouse theaters told The Credits. “We share that love for Halloween and we want to celebrate it just as much as everyone else.”

To that end, the Drafthouse has planned a full month of movies for ghoul enthusiasts: Titles from Universal’s monsters series, including The Wolf Man, The Thing, The Mummy and The Creature from the Black Lagoon, projected in 3D on 35mm film, are on the calendar, as well as screenings of An American Werewolf in Paris and Abbott and Costello Meet Frankenstein.

And on All Hallow’s Eve itself, is there any film more appropriate than John Carpenter’s 1978 horror classic Halloween?

Distributor Screenvision, along with Compass International Pictures and Trancas International films, is bringing the first installment of the Michael Myers slasher saga back to silver screens for the last week of Halloween with a new HD transfer and enhanced 5.1 audio.

In a release, Screenvision Exhibitor Relations Executive Vice President Darryl Schaffer said, “We’re excited to bring the movie that helped define the horror genre back to the big screen for this timely exhibition.”

Director/writer/producer John Carpenter will even appear at an Oct. 27 screening of the film at Los Angeles’ New Beverly Cinema. Proceeds from the screening benefit the Producer’s Guild of America’s Debra Hill Fellowship for young producers. Michael Torgan, president of the Quentin Tarantino-owned theater, said via email, “It isn’t a typical night at the New Beverly.”

The theater’s non-VIP affairs for the month include the fifth installment of their annual all-night horror fest, showcasing such rarities as 1990’s Frankenhooker, the hard to find 1942 Bela Lugosi film Night Monster, and other oddities.

Torgan said he takes pride in including some lesser-known Halloween movies in his October lineup, focusing on quality over notoriety.

“I think the perfect Halloween movie is one that relies on supernatural spooks and a creepy atmosphere as opposed to, say, a slasher or serial killer film, although slasher films do tend to be popular these days,” he said.

Indeed, the popularity of slasher films is sure to be proven by the hordes anticipated to attend the Drafthouse’s compilation screening of film’s “100 Best Kills.” In the 120-minute gorefest, the website warns, “no man, woman, child or puppy is spared.”

“It’s about celebrating the most awesome, wonderful death scenes that cinema has to offer,” Prime said. “They’re our favorite or the most gruesome clips of head explosions, decapitations and outright murders that occur on film, running the gamut of early teens to the 21st century and spanning genres as well.”

Such concentrated gore, of course, can go from being horrifying to hilarious as jugular after jugular is burst. Camp is not a force to be ignored when it comes to October entertainment.

Jason Hall, general manager of The Moolah in St. Louis, a single-screen theater in a former Shriner’s Hall, said he doesn’t automatically reach for blood-soaked slasher films when it comes to planning his October schedule, nor is that what audiences want. In a fan poll on Facebook to determine which late-night Halloween films would be screened for free in the theater’s lounge, the 1993 Disney comedy Hocus Pocus and the 2004 zombie comedy Shaun of the Dead beat such standards as the original Dawn of the Dead and Army of Darkness.

“Nowadays a lot of people do look for camp come Halloween,” Hall said of the fans’ picks. “There are still traditionalists out there who want to see The Exorcist or Friday the 13th or Halloween or whatever, but I think a lot of folks do like the camp. “

Count John Woods, co-director of cinema at the Nitehawk Cinema in Brooklyn, among the traditionalists, calling The Exorcist “probably the best horror movie of all time.” He cited realistic special effects (“it almost looks like a documentary”) as well as the groundbreaking premise of the film as merits that place it firmly on top of his list.

“It was unique at that point,” he said of the 1973 film. “It has a little girl in it that gets possessed, which is something that at the time people hadn’t really seen, it’s got the whole good and evil thing going on, and there’s stuff in there that really pushes the envelope. The stuff that Regan says when she gets possessed is pretty off the charts.”

Mason Rader, the Nitehawk’s second cinema director, said that his favorite Halloween movie is 1922’s Nosferatu, a silent film that the theater will screen on Halloween with a live band playing with the story that he called “the original Frankenstein.” Old movies with a new twist, like this take on Nosferatu, can bring new meaning and memories to familiar stories, along with a community experience.

“It’s a reason to come to the movies,” he said. “It’s not the same as watching it at home on video with some kind of soundtrack, this becomes a total live experience with the band and audience participation and seeing these old, eerie silent movies on the big screen. It’s the way it should be seen and experienced. It genuinely becomes a very fun, eerie experience in a way that it never would be sitting at home watching it.”

That thrumming tension ricocheting between moviegoers in a packed late-night screening of a horror movie is what people seek out when they head to the movies on Oct. 31, Prime said. It’s the shared experience of fear and adrenaline that makes the day feel special, celebratory.

“It’s that horror that you can’t quite identify that draws people,” Prime said. “Cinemagoing audiences love to experience fear as an emotion. Fear, with the single exclusion of love, is what makes people feel alive, and what truly terrifies people is that sense of the unknown. It’s like in Halloween: you might know the killer’s name, but do you ever see his face other than that mask? A mystery that has kept its secret for so long is what drives an audience.

“And hey, let’s not avoid the fact that it’s just a pretty good film.”