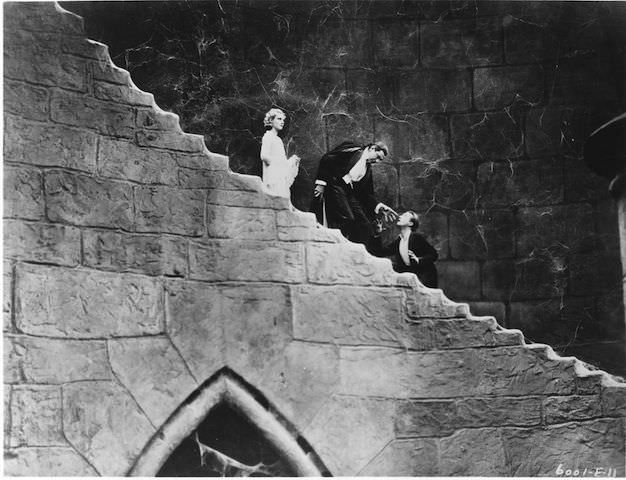 Did You Hear That? Nightmare on Elm Street Foley Artist Gary Hecker Reveals How Horror Movies’ Scariest Sound Effects Are Made

Ear-splitting screams. Ominous silence. The howling wind. The telltale creak of the stairs. It’s hard to imagine horror films without these heart-pounding audio elements, but they wouldn’t exist without the talented foley artists who use everything from celery stalks to leather belts to create aural terror.

As Halloween approaches, we thought we’d check in with industry vet Gary Hecker, who’s been honing his craft for 30 years and now works as the supervising foley artist at Todd-AO. The winner of four Golden Reel awards, Gary has worked on horror films like the most recent Nightmare on Elm Street, Fright Night, The Thing, and more generally on Tower Heist, War of the Worlds, The Bourne Supremacy, and the upcoming Man of Steel among others. Here, he divulges how some of our favorite adrenaline-inspiring noises are created.

For the last Nightmare on Elm Street, I had to come up with the signature sounds for Freddy’s deadly hand: a series of slicing, razor-sharp metallic “shings.” I used a creaky leather ammo belt for the glove part, and then two types of blades: a machete to give that ringing blade sound, and surgical steel blades to give the sound of sharpness. Every time he clacks his blades in the movie, it’s a combination of these elements.

For the last version of The Thing, they wanted the creature’s footsteps to be heavy and menacing. I used big leather gloves with bony claws, performing the movements in sync with the creature to create the sound of ferocious movements.

In the old days, we would just stab a chicken carcass, but it’s got gizzards and bones, and it gets kind of messy when you stick your hand in there. Now, I just use a knife and stab different cabbages—red and green—to create that crunching stab sound.

I use my voice with acoustical tricks and a sound processor to create special scary winds at different pitches.

I take a big stalk of celery, wrap a chamois around it, and crack it in half. So that’s the sound of bone breaking under skin. Then for the gooey stuff, I layer in a wet chamois and my voice, so it sounds like bones cracking and blood spraying.

I have a really cool, creaky chair that I found, and I use it for all kinds of stuff like creaky steps and floorboards. I can adjust the type of creak using my audio gear.

With the help of a pitch shifter, I can imitate animal or creature sounds depending on what kind of creature or monster is onscreen—growling, breathing, snorting, hissing.

10. Inside a creature’s mouth.

The first movie I ever worked on was The Empire Strikes Back. There’s a scene where they’re walking inside a creature’s mouth on his tongue. We brought in huge slabs of meat and then cracked eggs to create the effect of footsteps on a big, wet tongue.