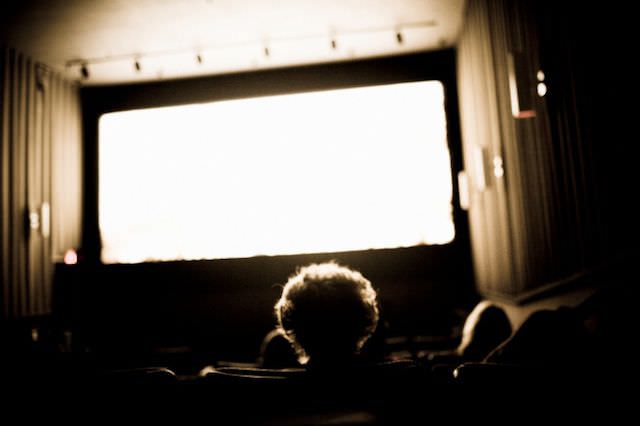 The Wired Theater: Audiences Get Social At The Cinema

There is a well-known myth of movie audiences in the late 19th century fleeing for the exits at the sight of a train that seemed to be barreling straight toward them. In reality, audiences’ early fascination with motion pictures quickly turned to admiration, a sacred respect for the movie going experience. Talking during movies became, almost instantaneously, strictly verboten. Decades later, other rules reared their heads to stomp out social distractions in the cinema. First it was, “please turn off your cell phone’s ringer.” Then setting it to vibrate was banned. Now we’re asked to refrain from texting. Yet, as a new generation—less than half the age of video games and only twice as old as Facebook—become the movie going public, how will theaters adapt to our increasingly connected world?

“There are three real demographics out there,” says John Corpus, CEO of Milyoni. “There's the digitally ignorant, an older generation that isn't wired in digitally. The generation that I'm from is the digital immigrants. I wasn't born and raised in a digital environment. I'm embracing technology but it's not native to who I am.” Then there are the SoMo Natives (Social Mobile Natives.) “They grew up in a mobile world,” says Corpus, “They need to be focused on thirteen or fourteen things and that's how they feel they're getting things done."

Milyoni is the entertainment company behind Social Cinema, a service that lets you rent pay-per-view movies on Facebook and comment and chat with other fans in real time. “If you were watching the movie on Netflix,” quips Corpus, “and then [posting on Facebook]: 'hey, I love this part,' no one would have any context. So, if you're on our Social Cinema page, you’re commenting in-stream. You’re able to share certain quotes and clips and able to dialogue with the other people who are watching as well."

Corpus says that while there are no immediate plans to bring the technology to the theater, discussions in that vein have been well underway. Milyoni has done some live events such as simulcasting a Blues Brothers concert in 13 House of Blues across the nation while Dan Akroyd and director John Landis answered Q&A’s with audiences on Facebook, all at the same time.

If there’s anyone who knows a thing or two about getting audiences talking to each other, it’s Darin Grant—he’s Chief Technology Officer at Digital Domain Media Group. If you haven’t heard of the company perhaps you caught wind of the Tupac Shakur hologram that wowed audiences at Coachella last year: they developed it. “If we’re talking about the social aspects,” says Grant about the hologram projection, “I think that was an interesting example. Doing something that everyone could see and react to and talk about while it was going on was pretty amazing.”

Admittedly, that was a concert where, as Grant himself put it, “they’d be pretty upset if you were quiet.” The rules change in a movie theater, but Grant’s point is that to get a movie audience connecting with each other doesn’t require chat rooms or social apps. They’ll talk amongst themselves as long as you show them something they’ve never seen before. “If we're trying to bring people to the movie theaters where everyone has that experience together and they talk about it afterwards," says Grant, "one of the things we can do in the visual effects industry is continue to push those envelopes. As long as we put things on screen that are unique, even though they're telling a story, audiences are going to see that story as an experience.”

However, for the SoMo Native, simply talking about a movie might still not be enough as long as they’re only watching passively. Three years ago, ViralBlog reported on a new interactive marketing campaign that was being test run in UK Cinemas. The technology is called “CrowdGaming.” In 2007, select audiences at the MK2 theater chain used the motion of their own bodies to steer a Volvo XC70 down a virtual road and collect points.  The theater that got the most points—amongst 12 playing the game simultaneously—was the winner. And a dynamic interactive advertising campaign, presented by Windows Live Messenger and Universal Pictures, allowed theater-goers to live comment on a trailer in a giant chat window that appeared on screen.

So, why, after years of surrounding our theater experience with an almost sacred delusive state, ruined by chatter and distractions are we suddenly seeking what Corpus referred to as a collaborative, “lean-forward experience?” Darin Grant adds, “It's an entire world that's being presented to you. So, sometimes you actually want to experience that world rather than simply watch it.”