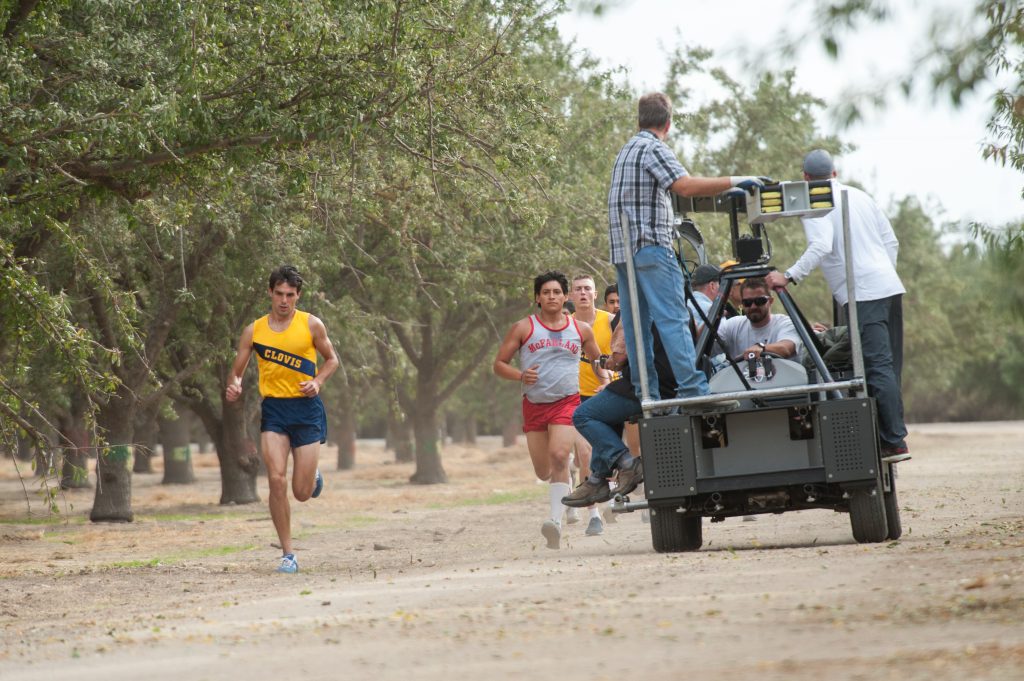 U.S. Film and TV Production Drives Economic Growth in Every Corner of America

In the process of producing video content for today’s audiences, the American motion picture and TV industry contributes approximately $40 billion per year in payments to more than 330,000 local businesses across the country, according to the latest economic impact figures. In all, the industry’s nationwide economic activity supports 1.9 million workers and generates $47 billion in wages. Representative Doug Collins helped sustain that success today, along with cosponsors Representative Joseph Crowley, Representative Jason Smith, Representative Linda Sánchez, Representative Adam Schiff, and Representative Chris Collins, by introducing the Facilitating Investment in Local Markets (FILM) Act (H.R. 2405), a bipartisan bill to continue the domestic film and television production incentive in current law. That language is key to maintaining America’s competitive production climate, which allows the U.S. motion picture and TV industry to film around the entire country, creating local jobs and driving long-term investment.

Like many other American businesses, movie and TV companies operate with tight budget constraints, and they make decisions about where to shoot based on cost.  Competitive policies like the domestic production incentive help limit the enormous risk of producing a film or TV show and allow communities across the country to benefit directly from the economic strength of the American film and TV industry. These benefits come in a variety of forms—including jobs for local workers, revenue for small businesses, infrastructure investment, and film-induced tourism.  In fact, a major motion picture shooting on location contributes $225,000 every day to the local economy.

Here’s a quick look at just a few of the states where the motion picture and TV industry is having a huge impact:

In Georgia, the movie and TV industry supports nearly 23,500 jobs and pays more than $1.6 billion in wages. Recently, the production of Universal Pictures’ “Furious 7” contributed millions to the state’s economy and hired thousands of Georgians.  Paramount Pictures’ “Selma” generated more than $10.3 million in state-wide economic activity. The industry’s impact is long-lasting, as seen by the development of EUE/Screen Gems Studios in Atlanta and the tourists that flock to where “The Walking Dead” filmed.

In Ohio, the film and TV industry is the source of more than 31,700 jobs and $1.1 billion in total wages. The latest economic figures show that there are more than 2,500 motion picture and TV industry related businesses in Ohio. Those businesses span across all industries and work with productions such as Disney and Marvel Entertainment’s “Captain America: Winter’s Solider,” which spent $31 million throughout Ohio with about 750 different vendors.

Last fall, the production of Twentieth Century Fox’s “Gone Girl” boosted Missouri’s economy by $7 million. The production paid for over 7,000 hotel room nights and hired more than 1,400 extras. Throughout the state of Missouri, there are more than 8,750 people directly employed by the motion picture and TV industry and more than 1,450 related businesses.

Sony’s “Breaking Bad” is just one piece of New Mexico’s growing motion picture industry. The popular series is attributed with bringing $70 million into the local economy and has turned parts of Albuquerque into popular tourist attractions. Overall, the industry contributes more than $164 million in wages and supports more than 3,100 jobs. Economic growth can also been seen in the development of high-quality infrastructure like Albuquerque Studios.

Louisiana’s motion picture and TV industry is thriving. Recently, Warner Bros.’ “Focus” shot in the state for more than 40 days and spent more than $8.3 million. And productions like CBS’s “NCIS: New Orleans” allow homegrown talent to live and work in the industry they love. Some of the latest data shows that the in-state industry pays workers more than $433 million in wages.

In New York, the motion picture and TV industry supports nearly 95,000 jobs and pays over $9.8 billion in wages. Last year was a record breaking year for television production in the state, as it also played host for a number of economically impactful productions. As just one example, the production of Warner Bros. Pictures and Village Roadshow Picture’s “Winter’s Tale” generated over $15 million for local vendors and hired nearly 5,000 local cast, crew, and extras.

Pictured above: A behind the scenes shot of Disney’s “McFarland, USA.”