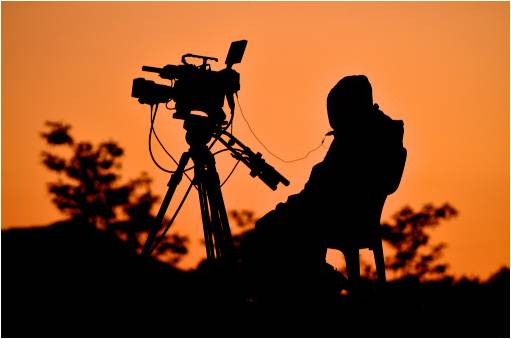 The Film and Television Industry: A Network of Small Businesses

Today is the first day of National Small Business Week, a time set aside by Presidential proclamation to honor the important contributions of American small business owners and entrepreneurs.  When most people think of the film and television industry, they think of their favorite director crafting a scene or their favorite actor delivering a powerful monologue.  What most people don’t realize is that behind the scenes, a network of 95,000 businesses helps create and distribute that final product they see at the theater. Hundreds of thousands of real people behind the screen depend on a healthy and vibrant entertainment community for their livelihood.
According to the U.S. Small Business Administration, more than half of Americans either own or work for a small business – in the network of businesses that comprise the film and television industry, 81% employ fewer than 10 people. In 2010, the film and television industry paid $42.1 billion in wages directly to nearly 700,000 workers, who earn an average income  32% higher than the national average. These are the talented, fiercely creative professionals who are directly responsible for the magic every one of us enjoys on the screen. People like legendary makeup artist Steve LaPorte, the former clown school student who has worked on films and television shows like Terminator 2, Lost, and Oz: The Great and Powerful; or film composer Atli Örvarsson who grew up in a town of 18,000 but has worked on The Pirates of the Caribbean series, NBC’s Chicago Fire, and the recent box office smash Man of Steel. For every story like Steve or Atli’s, there are thousands more who work tirelessly behind-the-scenes and are often self-employed.

The production and distribution of movies and TV programs also requires quite a bit of help from vendors outside our industry. The industry made $37.4 billion in payments to nearly 278,000 businesses across the country in 2010. Of those vendors, 93% were local businesses. As we’ve seen again and again from local productions, when a film or television project comes to town it creates jobs in the area and generates hundreds of thousands of dollars for state and local economies. A perfect illustration of that significant economic impact: the North Carolina production of Marvel’s Iron Man 3. A recent MNP LLP study commissioned by the MPAA found the film created over 2,000 jobs and was responsible for $179.8 million in spending- all just from one film production.

We join leaders across the country this week in celebrating the vital role small businesses play in moving our economy forward, and are proud to do our part as we continue to support the 2.1 million people in our industry who work every day to deliver one of the nation’s most valuable cultural and economic resources—the stories on the big screen.