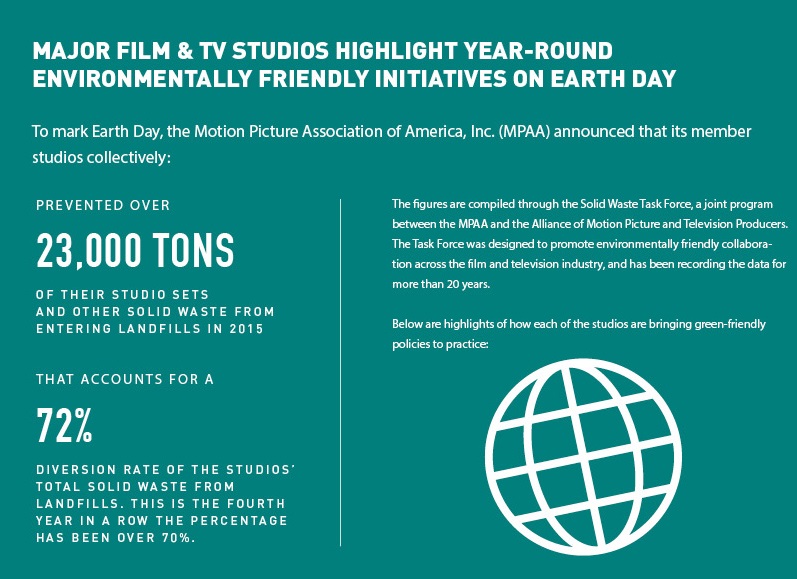 Impressive as they are, those numbers only tell a small piece of the story. From water conservation and reducing CO2 emissions to raising awareness about preservation through campaigns and stories, the MPAA studios – Disney, Twentieth Century Fox, NBC Universal, Paramount, Sony Pictures Entertainment, and Warner Bros. Entertainment – are on the cutting-edge of weaving eco-conscious values into everyday practices. Each of the studios individually and voluntarily take on a wide variety of environmentally friendly initiatives throughout the entire year – and many times they are recognized and awarded for their efforts.

MPAA Chairman and CEO Senator Chris Dodd said, “It’s a great honor to represent studios that use their global platforms to raise awareness about the importance of sustaining our environment, while also bringing innovative and green-friendly policies to practice every day.”

Take a look at this fact sheet and the infographic below, which both detail just some of ways the film and television industry continues to go green.