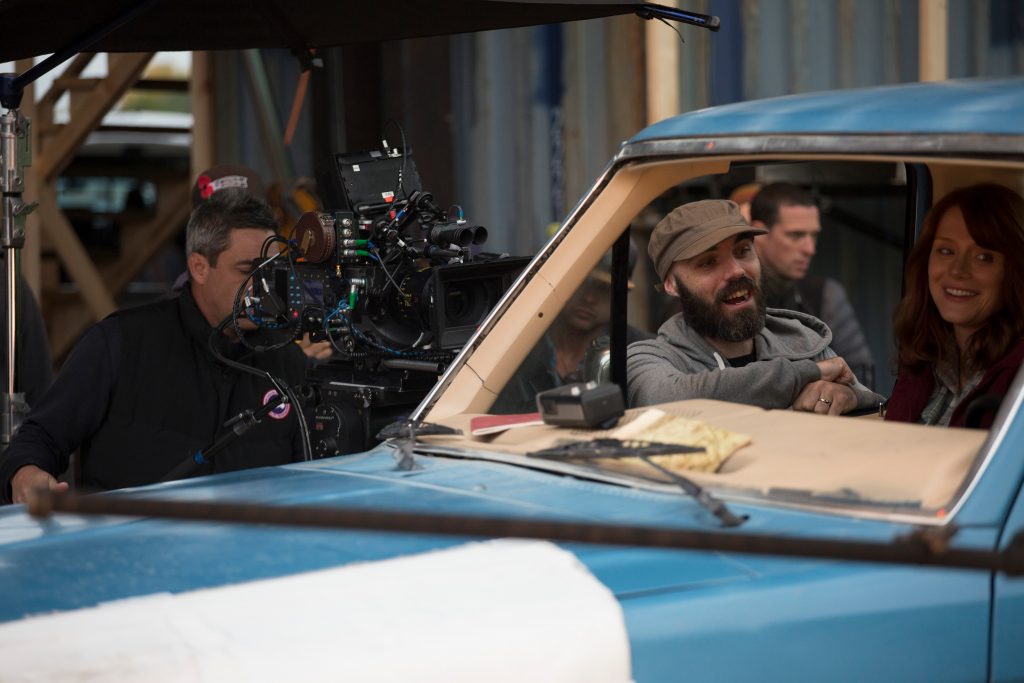 In advance of Labor Day, the Motion Picture Association of America (MPAA) today released new statistics on the film and television industry’s economic impact in all 50 states, featuring an interactive map that includes state-by-state data on jobs and wages, as well as information about movies and TV shows filming locally.

In total, the film and television industry supports 1.9 million U.S. jobs and $121 billion in wages. Direct industry jobs generated $50 billion in wages, and an average salary 48% higher than the national average. That includes nearly 305,000 jobs in the core business of producing, marketing, manufacturing, and distributing motion pictures and television shows. These are high quality jobs, with a heavily unionized workforce and an average salary of $92,000, 79% higher than the average salary nationwide. Additionally, there were over 348,000 jobs in related businesses that distribute motion pictures and television shows to consumers. The industry’s direct jobs employ more people than utilities, crop production, and metal manufacturing.

While a major private sector employer, the industry is comprised largely of small businesses. Out of nearly 89,000 businesses located in every state in the country, 84% employ fewer than 10 people. Film and television also supports other businesses in other industries, making over $41 billion in payments to more than 345,000 local businesses in 2014.

The film and television industry is making a significant local impact in key states, including: 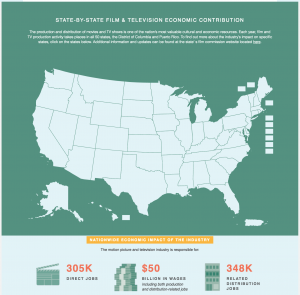 In addition to the local impact in states, the film and television industry contributes significantly to the overall economy. In 2014, the industry contributed $131 billion in sales (up 2% from 2013). It also generated $19.3 billion in public revenues in 2014 from sales taxes on goods, state income taxes, and federal taxes including income tax, unemployment, Medicare and Social Security, based on direct employment in the industry.

The international popularity of films and TV shows make it one of the most highly competitive industries around the world – one of the few that consistently generates a positive balance of trade in virtually every country in which it does business. In 2014, the film and television industry registered a positive balance of trade in nearly every country in the world with $16.3 billion in exports worldwide.

See the complete 2016 “Economic Contribution of the Motion Picture and Television Industry to the United States” factsheet.

The employment and wage figures are based on an analysis of 2014 data from the U.S. Bureau of Labor Statistics, the latest available employment data using “bridge” adjustment factors to capture jobs re-categorized during the SIC to NAICS transition and the RIMS II model of the BEA to capture total jobs impact. The overall statewide stats do not capture the impact of film and television productions that took place 2015.