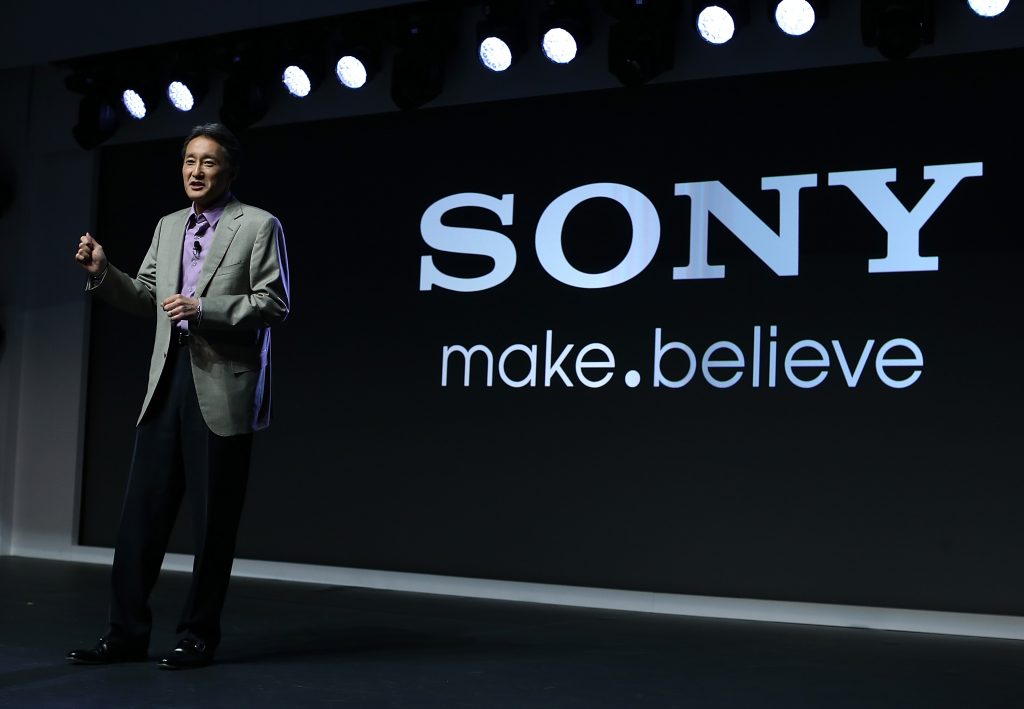 The ceremony kicked off with a tribute to Professor Shuji Nakamura, a winner at the 63rd Annual Technology & Engineer Emmy Awards for his contribution to LED lighting. Nakamura went on to win the 2014 Nobel Prize for Physics for those same discoveries.

In August when NATAS first announced Hirai’s award, NATAS Chairman Chuck Dages stated, “This is a well-deserved honor for a man who has led a company that is one of the paragons of innovation in technology across the globe.”

Each year The National Academy of Television Arts & Sciences  (NATAS) celebrates this vital link between content and technology with these awards. While the movies and TV shows we love and our experience enjoying them, seem to evolve from SD to HD to 4K, seamlessly, it is because of the tirelessness of the technologists, engineers, and inventors’ behind-the-scenes contributions to the motion picture industry.

Senator Dodd echoed this sentiment when introducing Hirai, noting, “By combining the world’s amazing content and cutting edge innovative technology, Sony has become a hub of global entertainment. And for the past thirty years Kazuo Hirai has been there every step of the way.”

During his acceptance speech, Hirai touched on the boundless nature of technology, adding, “Ideas we thought were nothing more than the musings of the imagination are becoming real things every day.  I can’t imagine a better time to be a part of this industry.”

Hirai continued to describe the connection between content, creativity and technology, saying that we are at “[A]n intersection where technological capability is more fully integrated with creativity and artistic expression.”

Along with Kazuo Hirai, a number of distinguished individuals and companies were honored. Canon senior fellow Laurence J. Thorpe, a pioneer of HD technology, received the Charles F. Jenkins Lifetime Achievement Award. Additionally, the Society of Motion Picture and Television Engineers (SMPTE) was honored with the Philo. T. Farnsworth Award for its contribution to TV technology and engineering. MPAA’s John McCoskey is a SMPTE Eastern Region Governor and was inducted as a SMPTE fellow in October.

A copy of Senator Dodd’s full remarks is available here.