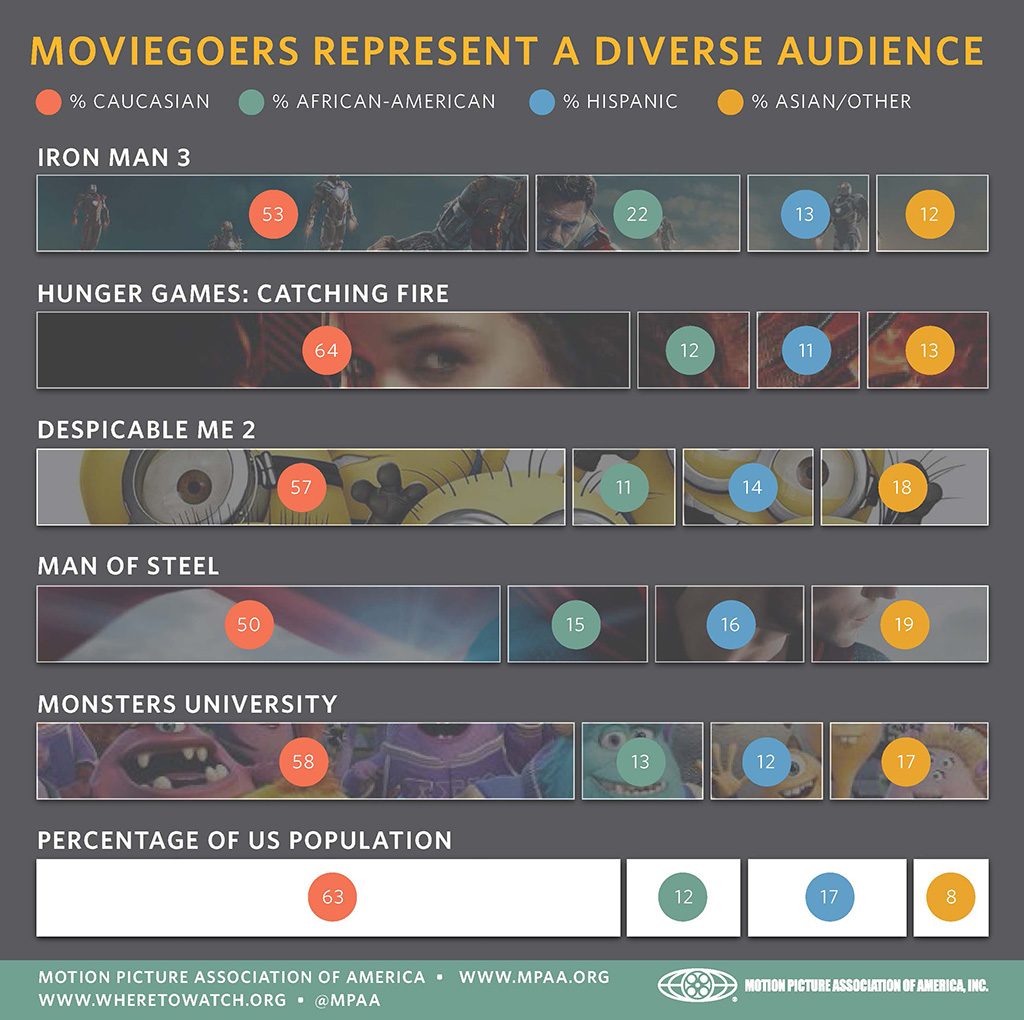 Around the World, People Still Love Going to the Movie Theater

This week, the film industry once again invades Las Vegas as executives, producers, distributors, exhibitors, and yes, even the occasional movie star, descend on this desert oasis for the annual National Association of Theatre Owners (NATO) CinemaCon convention.

This conference is an unmatched opportunity for film creators and exhibitors to come together to celebrate the cinema-going experience and see first-hand the next generation of amenities that will continue bringing audiences into cinemas for many years to come.

And come they will because, despite the staggering number of options that are available for watching films and TV shows today – whether physical like BluRay or one of the nearly 400 legal online services like ITunes, Netflix, Hulu, or Amazon Prime to name just a few – people still love sitting inside a movie theater with their friends and loved ones watching a well-told story unfolding on the big screen.

That is exactly the message that I delivered earlier today to the attendees of this year’s conference in my annual State of the Industry message.  And to back that up, today my good friend John Fithian, President of NATO, and I also released our 2013 Theatrical Market Statistics Report analyzing last year’s global box office receipts.  Just as I told this morning’s audience, the report is great news as 2013 was a record-setting year for the film industry around the world.  Global box office reached $35.9 billion – up 4% from 2012 — while international box office was $25 million – that’s a 33% increase over the course of the past 5 years.

What those numbers clearly show is demand across the globe for the theater-going experience is growing.  But, as important as they are, the box office numbers are only a small portion of the theater-going landscape addressed in this year’s report.

According to the report, our audiences are amongst the most tech savvy consumers in the country. Nearly three-quarters of all frequent moviegoers own at least four different devices, such as tablets, PCs, smartphones, smart TVs, or video game systems. For them, the cinema screen is another device for consuming content.

And the report also finds that diverse audiences are going to the theater – in fact, the movie-going audience in the United States and Canada is a snapshot of our diverse population. Hispanic audiences, for instance, over-indexed compared to overall population numbers. And, thanks to the great family friendly titles released last year like Universal’s Despicable Me 2, Fox’s The Croods, and of course, Disney’s Academy Award winning Frozen, the share of tickets that went to 2-11 year olds and older 50-59 year olds hit its highest point since 2009.

What all of this means is that as great as it is that new technologies and services are making it easier for audiences around the globe to watch and share content, the cinema still reigns supreme.  There is no better example of this than  CinemaCon, with its show-floor full of vendors displaying the latest in theater seating, high definition sound systems, and wide selection of concession options; and the auditorium packed with exhibitors getting a taste of the industry’s upcoming slate of films to drum up excitement for 2014’s box office.

In today’s busy world of traffic, noisy airports, emails and conference calls, people are often in search of a chance to get away. The cinema provides that sense of escape. A sanctuary where the audience can forget their cares or their daily lives and let themselves be transported into a gripping story. It is that special experience, that escape, that will ensure the global film industry and the theater-going audience remain strong for a very long time to come.