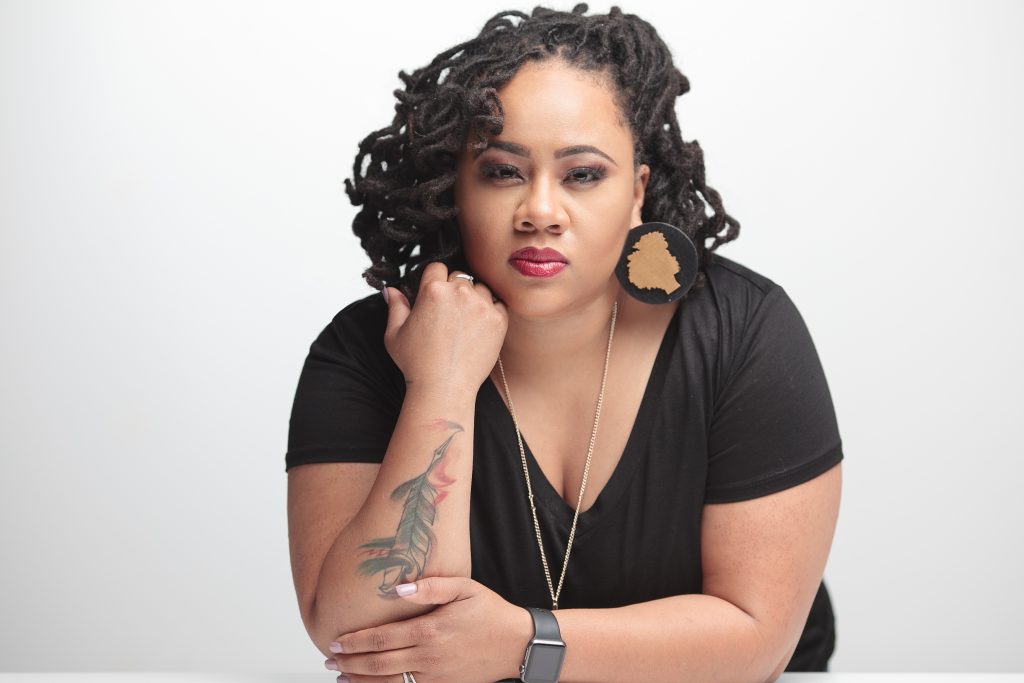 The MPAA embraces storytelling that reflects the same broad range of people and life experiences that can be found in today’s global audiences. In that spirit, through our Inclusion and Multicultural Outreach program, we are committed to building a more diverse and inclusive talent pipeline in the film and television industry.

As part of this commitment, we recently developed a new MPAA Ambassador Program to help give emerging artists the chance to participate in film festival programming and allow direct access to talented professionals in the industry.

For years, the MPAA has worked with the American Black Film Festival (ABFF) to help creators learn more about the storytelling process, meet key leaders in film and television, and connect with other creators and innovators from different backgrounds. This year, during the American Black Film Festival (ABFF), we were honored to host the first MPAA ambassadors.

Christina Faith is a talented up-and-coming director, producer, and writer. Christina first heard of ABFF back in 2015. She had very little funds to travel, but with the help of friends and family along the way, she made it to the festival last year, in 2017. This year, she returned as an MPAA Ambassador.

After the hustle and bustle of ABFF 2018, I had a chance to reconnect with Christina and ask her about her experience as an MPAA ambassador, a creator, and a woman of color.

What was different about your experience as an MPAA ambassador?

As an MPAA Ambassador at ABFF, I was able to be in rooms with people who were deep into their careers. It was apparent that I was not simply an attendee, but a representative of MPAA to help push the needle for diversity and inclusion in the film industry. The access gave me the ability to have conversations I would not have had otherwise.

How do film festivals like ABFF help emerging artists?

Film festivals give emerging artists the license to dream and realize that your dream can become a reality. My first two film festivals focused on black voices. While watching an independent film in 2014 for the first time at a festival, I saw that what seemed so big and impossible to me, was actually possible. Festivals also validate our creativity and the need for emerging talent. Festivals like ABFF are packed with workshops, masterclasses, and panels that give you an inside view of the creative and business process of the film industry.

What do you wish to see more of?

There are a lot of competitions and fellowships, but many of them select people who already have industry experience. I would like to see more mentors for emerging artists who have portfolios without any accolades. Unfortunately, breaking into the industry is a lot like getting into a private club.

How did you break into the industry?

I have two degrees and neither are creative. After searching for people to help me learn film, I simply picked up a camera at 24 and started making music videos. It wasn’t until I was 31 that I tried my hand at scripted stories after visiting Black Star Film Festival. I sharpened my skills by asking other professionals around me to critique my work which caused me to swallow some hard pills of humility.

What does your role as a filmmaker (director, producer, writer) entail? And how do you work with the other individuals behind the scenes?

Ha! What doesn’t my role include? As an indie filmmaker you are the engine in a moving car and may need to also be a windshield wiper at times. Normally, the idea starts on a note in my iPhone and then develops to an outline. Once I have the idea fleshed out I start writing, or I’ll call another writer friend or two to help me with the concept. Over the years, I’ve become big on collaboration. I tend to cast from my arsenal of actors I’ve already worked with or that I’m in the process of helping develop. It is a bit easier to write for a character if you already have an actor in mind. Once the writing is done, we do a table reading to see how the script flows and go through revisions. If all works out, I connect with my Director of Photography (Eric Adjah Quao) and we begin to talk about the look I’d like to go for. After filming is complete we head to post-production, which entails editing, color correction, ADR, score, music placement, graphics, etc.

As a filmmaker, can you talk a little bit about the importance of protecting your work/supporting artists/avoiding piracy?

It is super important to protect your work through the Writer’s Guild & copyright. I always encourage people to support artists beside them. We tend to appreciate those in the spotlight and not the people right alongside of us. Emerging artists need our support to be encouraged to keep going!

As a woman of color, what challenges do you face?

I am a woman of color and I look young, so when people first meet me they assume that I’m in my early twenties and don’t initially respect me. Once people realize I’m older than I look and have experience, they take me seriously. As a woman of color, it’s odd for me to run a film set. I have had people speak to my DP instead of directly addressing me because I’m a female. As a woman of color, I’ve had to prove that I’m supposed to have a seat at the table.

What advice can you give others trying to get into this industry?

Gather your friends with whatever gear you have and create. Allow other people to help with the vision and learn how to lead. Publish what you create. Ask for critique and repeat. I would encourage people not make “making it” the focus, but more so the love of the art and the stories you tell. The industry is hard. Your focus should never be money or accolades. Those may or may not come. If they do, it’s all fleeting, but your film will always be on this earth.

What projects have you worked on/are you working on now and in the future?

I am currently finishing up principle photography for the third season of my digital series Single and Anxious which is available on Amazon. A short film I co-wrote with Marquis Valdez called Plan B is in post-production, and will be submitted to festivals in the fall. I’m also in pre-production for my first feature.

The MPAA’s Inclusion and Multicultural Outreach program was created to promote and highlight diversity and inclusion initiatives in the film and television industry. We have cultivated key partnerships with more than two dozen leading national civil rights and multicultural groups to further promote inclusion initiatives in our industry. For more information, click here.