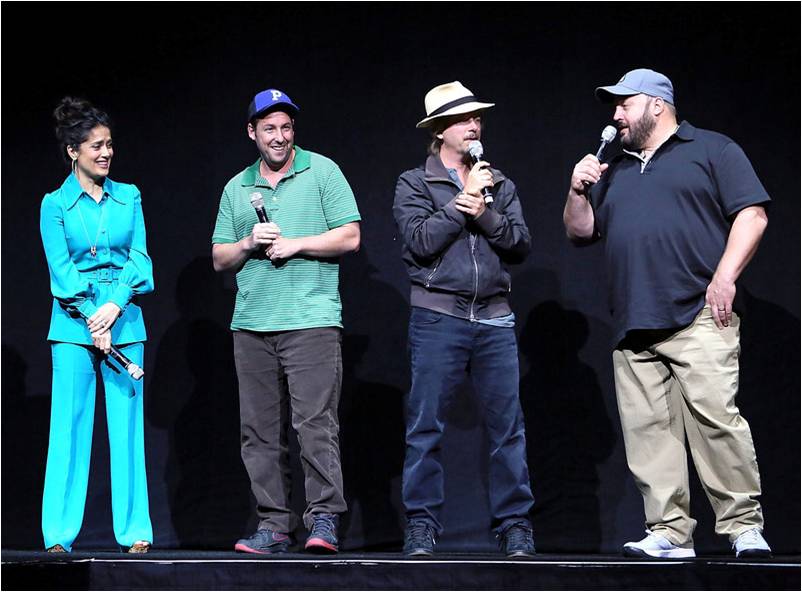 A Look at CinemaCon

Please silence your cell phones, the feature presentation will begin soon. Theater darkens, crowd quiets, and you leave reality behind for a few hours, allowing yourself to be transported by the stories on the screen. Here at CinemaCon, the annual convention hosted by the National Association of Theater Owners (NATO), we celebrate the moviegoing experience that only a movie theater can provide. The conference features an impressive trade show, seminars, previews of studios’ upcoming slates, and a wide-range of industry related panels and sponsored events that explore the important issues facing the film and television industry.

The atmosphere was certainly buzzing with excitement over the summer movie slate, and with good reason. Super heroes are back in full force as the weather turns warm with Warner Bros’ Man of Steel, Disney’s Iron Man 3, and 20th Century Fox’s The Wolverine. Sci-Fi thrillers like Paramount’s Star Trek Into Darkness and Sony’s After Earth are capturing movie fans’ imaginations and an all-star cast returns for Universal’s Despicable Me 2. Brad Pitt (World War Z), Adam Sandler, Kevin James, David Spade and Salma Hayek (Grown Ups 2), Johnny Depp (Lone Ranger), and a host of directors were on hand as well promoting their upcoming work.

On Tuesday, together with NATO President John Fithian, MPAA Chairman and CEO Senator Dodd announced the launch of the “Check the Box” campaign, a new effort aimed at emphasizing the importance of ratings descriptors and reminding parents about how the ratings system can be used to make smart viewing decisions for families. Senator Dodd penned a recent Huffington Post blog that goes into further detail, and you can watch the campaign’s newly unveiled PSA here.

At the Filmmaker’s Forum on Wednesday, filmmakers Guillermo del Toro, Sam Raimi, and Oliver Stone spoke about their love of horror films, the magic of the theater experience, and the art of storytelling in a fascinating panel. Del Toro comments: “What you want as a storyteller is to evoke emotion. The horror is not people loving or hating your movie, it’s indifference”.

The forum also included the premier of a new meet-a-maker video by the MPAA sponsored content site TheCredits.Org. The Credits is dedicated to the world behind the camera, and often highlights the hard work of the various individuals it takes to create a film through the meet–a–maker video series. In honor of CinemaCon, the site focused the entire week on celebrating the American movie theater experience and capped it off with this fantastic profile of AMC Lincoln Square 13 General Manager Amy Hunter.

Below are a few images from the week. An enormous thanks to our hosts at NATO for coordinating yet another exceptional tribute to world of film and moviegoing. For more in-depth coverage from CinemaCon, go to www.TheCredits.org.

from left to right: Sam Raimio, Oliver Stone, and Guillermo del Toro at the Filmmakers Forum