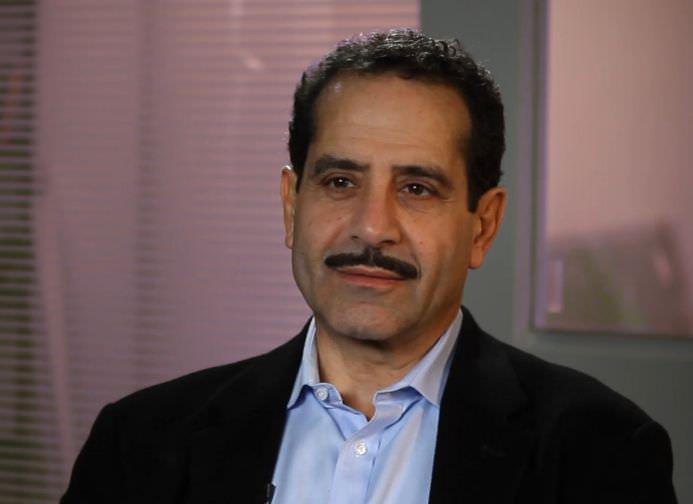 The characters he's portrayed have become cultural legends–from his award-winning performance of the endearing OCD-plagued criminal detective Adrian Monk of the hit television show Monk, to the cabdriver Antonio Scarpacci from Wings, to FBI agent Frank Haddad in The Siege. He's appeared in cinema classics like Barton Fink, Primary Colors, The Man Who Wasn't There, and Men in Black. But Shalhoub's talent hasn't been confined to the screen. The actor has performed numerous roles in theater, including critically-acclaimed Broadway productions like The Odd Couple, Conversations With My Father, and The Heidi Chronicles, in addition to off-broadway productions of Waiting for Godot, Rameau's Nephew, and Shakespeare in the Park: Henry IV, Part 1.

A rare talent, Shalhoub embodies his characters with fierce authenticity, pitch-perfect wit, and awe-inspiring poignancy. The roles he plays resonate deeply–whether he's exploring the captivating neuroses of Adrian Monk, or the intricacies of kinship in the Broadway production of Conversations With My Father, which earned Shalhoub a Tony nomination.  Shalhoub's penchant for encapsulating the nuances of personhood have made him one of entertainment's foremost actors.

Of course, it's little wonder why: Tony Shalhoub is an actor whose commitment to the craft is simply unwavering. He boasts an extensive background in performance, including a master's degree from the prestigious Yale School of Drama. So when we spoke with Shalhoub about his excitement for the ground-breaking film education program Journeys in Film, we were also lucky enough to get his insight into the world of acting. In this intimate conversation, Tony Shalhoub discloses his love of the craft, the difference between acting on set versus acting on stage, and his invaluable advice for aspiring actors.