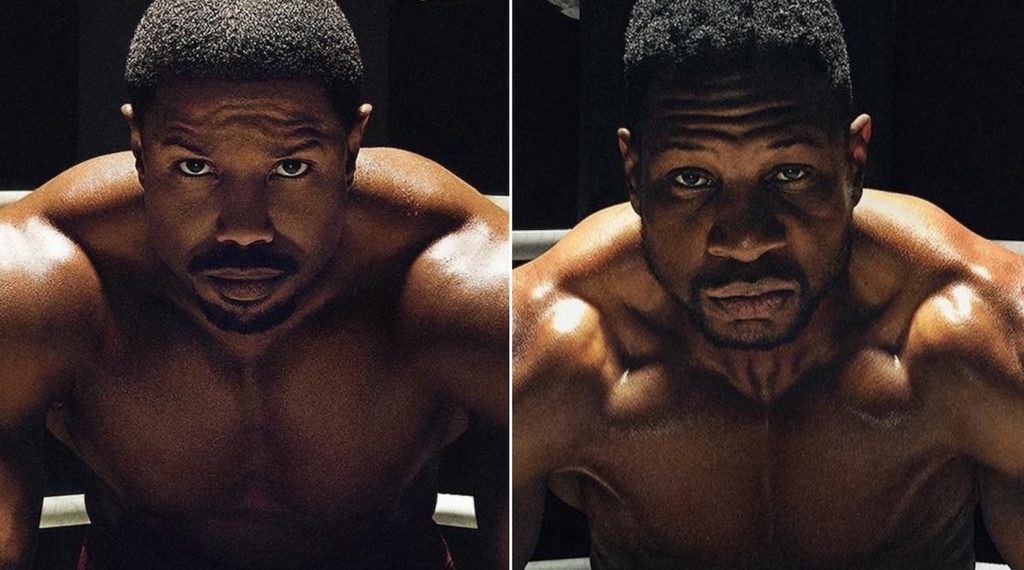 Michael B. Jordan stepped into the director’s chair for Creed III, which will find his Adonis Creed meeting his toughest challenger yet—yes, even tougher than Florian Munteanu’s Viktor Drago from Creed II. That opponent is Jonathan Majors’ Damian Anderson, and we’ve now got our first look at how hard both Jordan and Majors worked to get into fighting shape for the upcoming film.

Jordan revealed two new posters for Creed III on Twitter, which are squarely focused on the two main competitors in the clash to come. The first poster shows Jordan’s Adonis Creed, and the second shows Majors as Damian Anderson. We’ve also got the release date—March 3, 2023—giving us a late winter jolt right when we’ll need it.

The plot details for Jordan’s directorial debut are being kept under wraps, but we know he worked from a script by Keenan Coogler and Zach Baylin, from a story they worked on with original Creed director Ryan Coogler. Joining Jordan and Majors are past Creed alumni, including Tessa Thompson as Bianca, Florian Munteanu as the aforementioned Viktor Drago, and Phylicia Rashad, as Mary Anne Creed. The biggest name not here is Sylvester Stallone, who has officially retired from his Rocky role.

Creed II gave us the brutal, emotionally charged fights between Adonis and Viktor, the son of Ivan Drago, the man who killed Adonis’s father, Apollo Creed, in the ring. It would seem nearly impossible to find an opponent as imposing as Viktor Drago, but Jonathan Majors as Damian Anderson seems like the one man who could do it, and his peerless intensity will give Creed III a major charge and make for a compelling final installment in the trilogy.