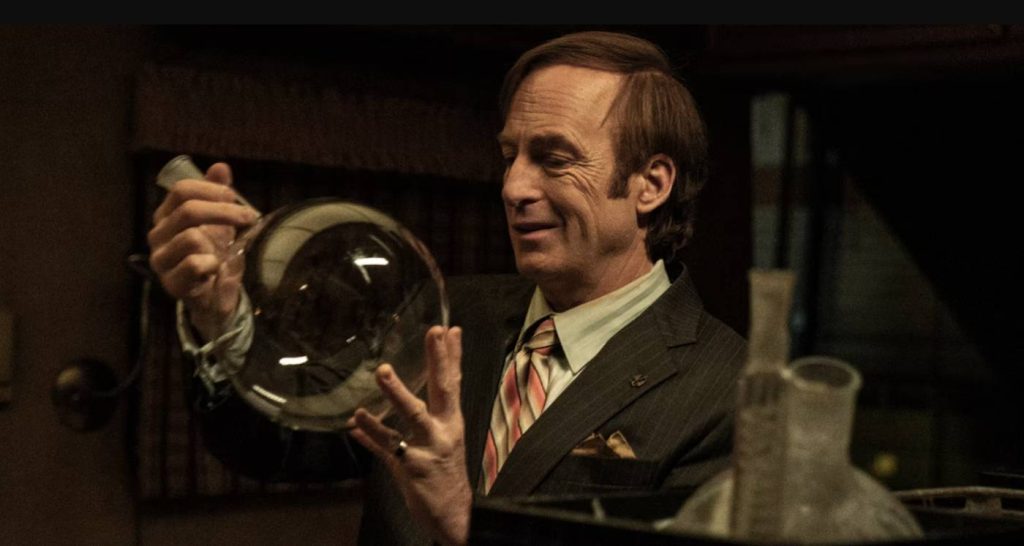 Dave Porter has been creating music for the universe of Breaking Bad since the beginning in 2008, starting with the award-winning, Zeitgeist capturing fan favorite, then continuing with Better Call Saul in 2015, and scoring El Camino: A Breaking Bad Movie in 2019. That’s a long time to be living in a world so beloved by ‘Heisenbergers’ from the inside. Now, as Better Call Saul comes to a conclusion with its last show (the penultimate episode airs on August 8, the finale on August 15), character motivations are being revealed, fates are being disclosed, and the web is bursting with theories of how things will tie up.

No matter how the storyline for Bob Odenkirk’s Jimmy/Saul/Gene resolves, creators Vince Gilligan and Peter Gould have many talented collaborators who have helped make good on their vision. Dave Porter has unerringly aided mood and storytelling through his score for the show, with his sonic landscapes, eerie cues, and rich, multi-layered melodies. The Credits spoke to Porter about his part as the composer in building to Better Call Saul’s long-anticipated climactic finale.

Over the course of the whole show, there are so many examples where sound and music are complementary, and that continues this final season. Can you talk about your collaboration with the sound department and your own aesthetic of incorporating found sound into your scores?

Where we have to start is just the unbelievable fortune we’ve had as a group to work together for as long as we have. We’re coming to the end of an incredible journey here that’s lasted almost 15 years, and the core of the sound and the music departments have remained unchanged through that entire run. The pillars of that are Nick Forshager, who is the sound supervisor, myself, and Thomas Golubic, our music supervisor. At this point, we’ve been doing it for so long that some of it has become second nature, but we don’t take it for granted. We have enormously in-depth and lengthy sound spotting sessions, in which we do spot the music and all the sound effects and sound design and dialogue, all of us together, in the old days in the same room, now on the same Zoom, to really talk about not only what we each individually need to be doing in the best service of the show, but how we can collaborate, knowing in certain moments who is most likely to take the lead. We do spar from time to time about these things, but Vince and Peter have always been the ultimate arbiters. We are always all on the same page when it comes to helping make the show the best it can be, and working together is a joy.

At what point are there conversations about using music or silence, and which works better for the scene? When are those decisions made?

I think we do take it on a case-by-case basis. Part of that is in, again, the collaborative nature of what we do and have been doing it all together for as long as he has. As I always say, you make the movie a few times, and the last time you make the movie is in post. Some of the original ideas always survive, and some you change because we think we can do better. One of the great hallmarks that Vince started in Breaking Bad, and everyone has continued since, is this idea in our meetings that no idea is a bad idea. Everybody’s welcome to speak up, down to the newest assistants. We weigh everything. We talk about everything. It takes time, but we weed through all these ideas, and we inevitably come to the best ones.

Do you take into consideration when an episode this season has been in black and white, in color, or both, in terms of creating the cues for those episodes? Has the tone darkened?

I think the music has absolutely changed. From early on, we’ve teased these Gene aspects of the larger story as something that is joyless and dark in a new way, dark in a lonely, frustrated way. I think that’s part of the reasoning behind their choice to choose to shoot it in black and white. For me, going back into the early seasons of Better Call Saul, whenever we were teasing some of these moments from the Gene world, I very specifically chose to use a low bass clarinet that’s very low, very lonely, on its own, drenched in reverb, just kind of there, sad and plaintiff. Then when we came around to really starting to tell the Gene story, which is episode 610 and in many ways like a whole new show. Everyone had to reinvest and re-evaluate everything they were doing to figure out how it could be done differently and in a way that was in service to this new story. For me, that meant taking that original bass clarinet idea and fleshing it out into an ensemble of very low woodwinds, so alto flute, bass flute, clarinet, and bass clarinet. That was all very intentional and very by design to feel connected but distinctly different.

And there’s an element of hopelessness, even using more instruments, because the energy is the same, just with added intensity and depth.

I originally started with a larger ensemble, probably twice as many woodwinds, and a whole string section, and it felt like with that many players, it was doing more musically than we wanted it to do for the story. So it ultimately got pared back to just the low winds, and even that, while the orchestration has changed, the way I’m writing hasn’t changed. I’m writing for those instruments in a way that I would have written for a lot of the other instruments I used earlier in the show to help make that connection that it’s not a whole new show; it’s a whole new tone.

We have mined many, many layers, and believe me, we have not found the bottom yet.

In the length of time that you’ve worked on Breaking Bad, El Camino, and Better Call Saul, how has it shaped you in terms of your aesthetic and as a composer and musician?

Oh, wow, in every possible way, I am fundamentally and completely different and a better composer than I was when I started on Breaking Bad. I have these shows, without question, and the loyalty from Vince and Peter to stick with me through all that to thank for it. There were some bad cues in there. There were some left turns that I tried on them that did not sail, but you know, having the ability to do all that, to fall on my face a few times, to grow as a composer, and to show them some new things, that was a gift. There’s been a lot of pressure to do our best work on these shows. While it’s been obviously very supportive, nobody wants to be the weakest link in the chain, so we’ve pushed each other to become much better at what we do. We’ve all grown together as a family of people working on the shows. It’s been an absolutely unique experience, and I’m so blessed to have been a small part of it.