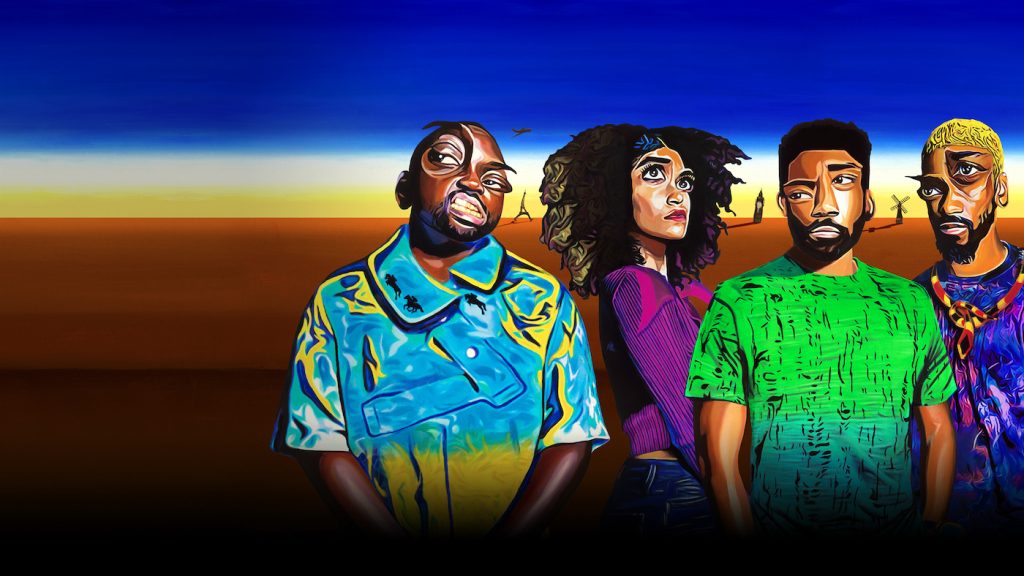 We’re nearing the beginning of the end of Donald Glover’s Atlanta, one of TV’s most consistently ambitious, relentlessly unique series of the past six years. FX has revealed the trailer for the fourth and final season, which will find the series returning to its namesake city after season three’s European sojourn.

The crew is back in their hometown—Ern (Donald Glover), Paper Boi (Brian Tyree Henry), Darius (LaKeith Stanfield), and Van (Zazie Beetz)—after a surreal journey in Europe during Paper Boi’s international tour. Glover has said that the final season will be the most grounded, focusing more on the central characters rather than what has become one of the series’ trademarks, a willingness to deviate from the lives of its four leads and explore bizarre, oftentimes unsettling tangents that, more often than not, have been pulled from real life insanities.

“I think it explores people more than we have before because I feel like we are right now kind of living in a time where you just don’t give people the benefit of the doubt,” Glover said at the Television Critics Association press tour.

Donald Glover’s younger brother Stephen Glover, a writer and executive producer on Atlanta, has said that his hope is their show’s fearless approach to getting weird will inspire other creators to follow their creative vision, no matter how off-kilter it might seem.

“How much weird stuff we’ve been able to do, hopefully that leads other people to take risks and do weird things too,” he said.

Atlanta hasn’t just consistently defied expectations—it’s been an excellent character study, a launching pad for the careers of not just the leads, who are movie stars now, but the creatives behind the scenes as well, including longtime Atlanta director Hiro Murai. It’ll be sad to say goodbye to one of the most iconic shows on television, but the ride has been joyous, defiant, and, yes, delightfully weird.

Check out the season 4 trailer below. Atlanta returns on September 15.