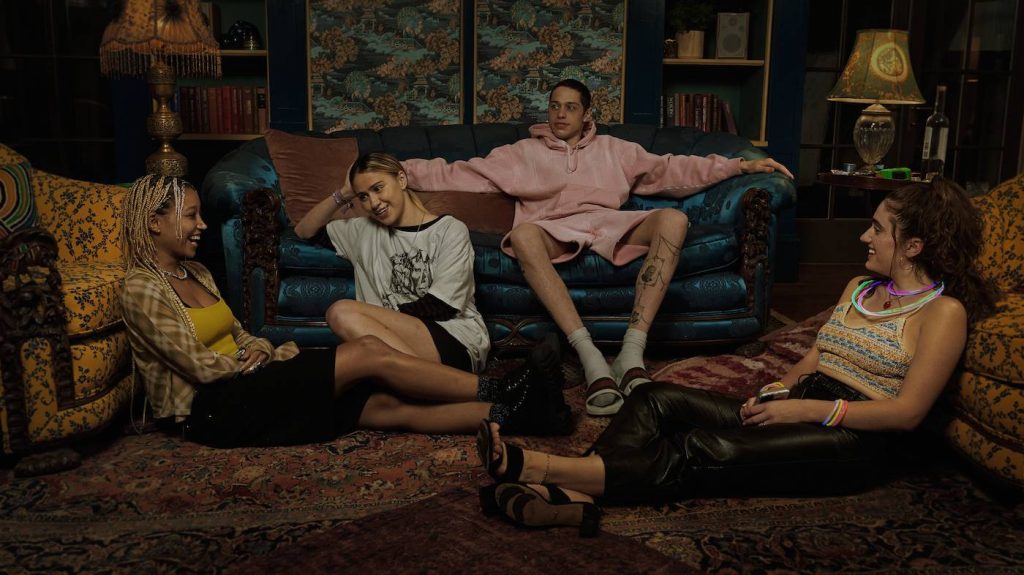 Director Halina Reijn’s Bodies Bodies Bodies was one of this year’s SXSW Festival’s big hits, and now the first official trailer gives you a glimpse of why it’s sitting at a 96% fresh rating on Rotten Tomatoes. Reijn’s film delights in gathering a group of rich kids for a “hurricane party” in the sprawling suburban mansion owned by the parents of David (Pete Davidson). The hurricane gives them ample excuse to hole up in the manse, party, and generally treat each other with the casual malice that infects so much of our online discourse. The trailer reveals the cast, led by Amandla Stenberg as Sophie, Borat 2 breakout star Maria Bakalova as Bee, and Davidson’s David as their hurricane party becomes a slasher nightmare.

Sophie and Bee (the latter a newcomer to the group) are a new couple, and they arrive at the mansion to find their contemporaries poolside, before the hurricane has hit, just revving up their engines for the big night ahead. Eventually, they’ll gather indoors to play “Bodies Bodies Bodies,” in which one person is the “murderer” and kills their victims by touching them on the back. When you find a victim, you call out “body body body!” to signify the game has commenced, and the object is to identify the killer before he or she takes everyone out.

Bodies Bodies Bodies satirizes the social media-saturated, blisteringly judgmental, and grossly performative umwelt of being young and alive today, with the friends gathered at David’s house so casually nasty to each other that having actual enemies seems beside the point. That’s when Bodies Bodies Bodies goes from social satire into a full-blown slasher flick, with the party guests dropping off, brutally, one by one.

Bodies Bodies Bodies scored big with critics when it debuted at SXSW, especially because of a twist ending, always so tricky to pull off, that lands. The trailer offers enough of a sneak peek to whet your appetite. By the dog days of summer in August, when lounging poolside sounds like the only thing you’d want to do, Bodies Bodies Bodies offers a zesty whodunit about what can go wrong when you’ve got everything you could want in the world but true friendship.

When a group of rich 20-somethings plan a hurricane party at a remote family mansion, a party game goes awry in this fresh and funny look at backstabbing, fake friends, and one party gone very, very wrong.

For more stories on big upcoming movies, check these out: