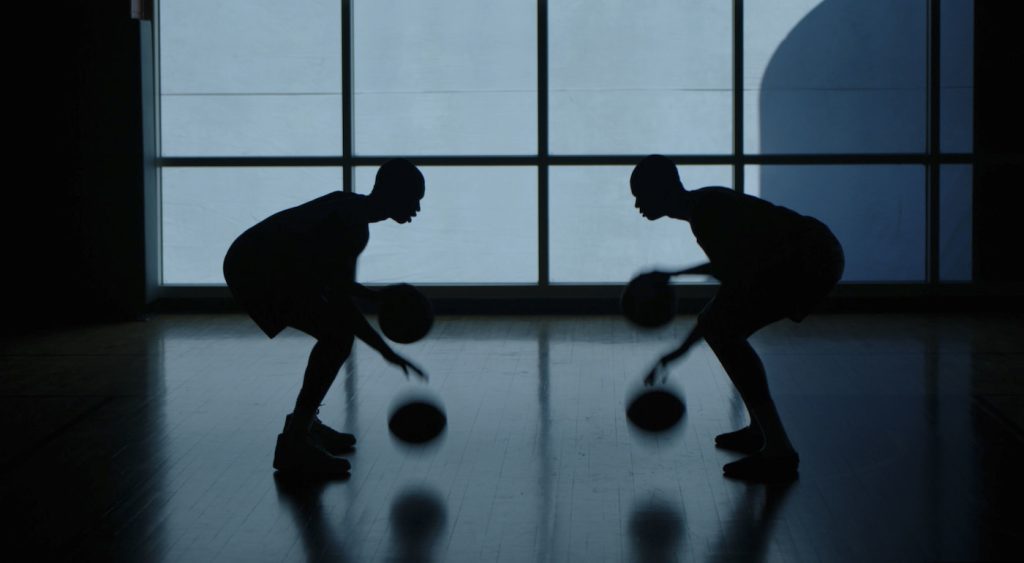 Last night, the Boston Celtics managed to withstand yet another monster performance from Giannis Antetokounmpo, the Milwaukee Bucks’ prodigiously gifted power forward, to even the series at 2 games apiece. Yet there is no doubt Antetokounmpo will continue to dominate, he is quite literally a once-in-a-generation talent who took the Bucks to the promised land last year to win them their first title since 1971. As sensational as Antetokounmpo is on the court, his life leading up to his ascendance to the top tier of the NBA’s star-studded league is even more astonishing. Now, Disney+ has revealed the first trailer for Rise, an original film based on his life that tracks the Antetokounmpos journey from Nigeria to Greece to the NBA.

Rise will reveal how Gianni’s parents, Charles and Vera (Dayo Okeniyi and Yetide Badaki, respectively) took their family to Greece, where they lived under the perpetual threat of deportation while trying to provide for their kids. Life was hard—the Antetokounmpos did everything they could to make it work—and that meant brothers Giannis (Uche Agada) and Thanasis (Ral Agada) were part of that equation, selling things to tourists to make ends meet. But the brothers did get to play some basketball on the side, coming to the sport late but finding themselves picking it up quickly. They played on a local youth team, and it became clear they were gifted. Yet a future in the NBA? An impossibility.

We know now that not only was it possible, but that Giannis would prove to be one of the most transformational NBA players in years. He entered the draft in 2013, a long shot despite his size, strength, and speed. His brother, Kostas (Jaden Osimuwa) also made it to the league, and the two of them did the unthinkable—they won back-to-back championships with their respective teams (Kostas won with the Los Angeles Lakers, Giannis with the Bucks the following year).

The NBA playoffs are in full swing, and Giannis’s insane abilities are on display for the entire world to see. Rise promises to show us how he, his brother, and his family managed to turn their grit and determination, and the brother’s gifts, into an unbelievable career. And he’s only 27.

Check out the trailer below. Rise premieres on Disney+ on June 24.

Here’s the official synopsis for Rise:

Audiences have never seen a story like that of the Antetokounmpos. After emigrating from Nigeria to Greece, Charles and Vera Antetokounmpo (Dayo Okeniyi and Yetide Badaki, respectively) struggled to survive and provide for their five children, while living under the daily threat of deportation. With their oldest son still in Nigeria with relatives, the couple were desperate to obtain Greek citizenship but found themselves undermined by a system that blocked them at every turn. When they weren’t selling items to tourists on the streets of Athens with the rest of the family, the brothers– Giannis (Uche Agada) and Thanasis (Ral Agada)–would play basketball with a local youth team. Latecomers to the sport, they discovered their great abilities on the basketball court and worked hard to become world class athletes, along with brother, Kostas (Jaden Osimuwa). With the help of an agent, Giannis entered the NBA Draft in 2013 in a long shot prospect that would change not only his life but the life of his entire family. And last season, Giannis and Thanasis helped bring the Milwaukee Bucks their first championship ring in 50 years, while Kostas played for the previous season champs, the Los Angeles Lakers.