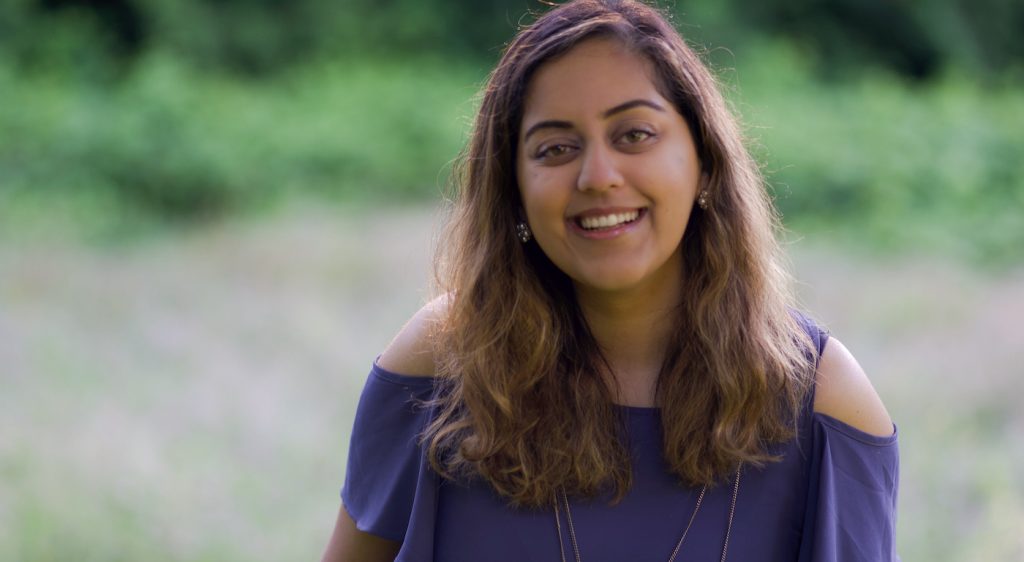 Smiely Khurana is the face of the sustainability movement in Hollywood North. As Creative BC’s in-house Sustainability Lead with Reel Green™, she’s cutting a singular path for the industry in Canada; one that is quickly being modeled in production hubs across the country. Through Reel Green™, Khurana is accelerating knowledge sharing and working to deepen local industry expertise. She’s leading the charge on training and developing new tools to help Canada’s film community green its story and transition to a circular economy.  The goal is both deceptively simple and hugely crucial— Reel Green™ is helping productions big and small do what they can to reduce their environmental footprint. More broadly, Khurana and her team of colleagues and collaborators are taking a cross-industry, grassroots approach to creating a sustainable production model. She is helping to leverage Reel GreenTM’s foundations, built with expertise from leaders like Green Spark Group to guide everyone from directors and producers to the local labor organizers, industry suppliers, and more.

Khurana has managed to do something rare. She has found a role that combines her two passions—environmental stewardship and film production—and turned into a career.  She’s also working to expand the voices within industry-leading important conversations, prioritizing that Indigenous communities and ways of knowing are central to informed change.

We spoke to Khurana about how a career-defining experience as a student at the Sustainable Production Forum has led her on the path to becoming one of Canada’s most influential voices in sustainable production. This interview has been edited for length and clarity. 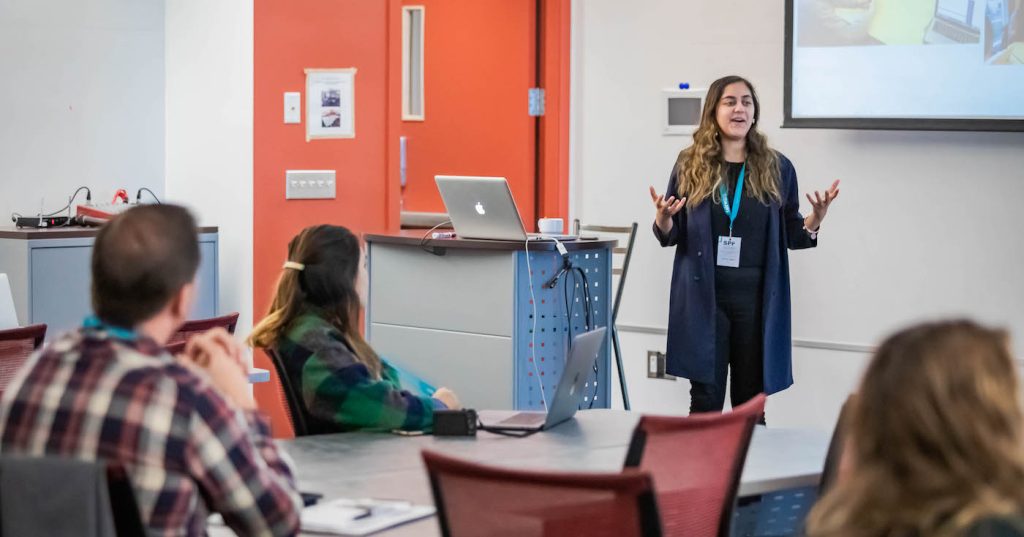 Let’s talk about your trajectory, from film school to leading Reel Green™.

I was just this student producer with these goals of becoming a better producer, but then I went to this industry event called “The Sustainable Production Forum” where Zena Harris of Green Spark and Julie Bernard of Creative BC were leading and speaking, and it’s actually the largest forum for sustainability experts in the entertainment industry. I only went because I got a free ticket from my university, with no prior knowledge in this world, and it just opened my eyes to the impact our sets create and the carbon footprint we leave. These are facts I couldn’t un-see. I took it upon myself as a personal responsibility to be better and started asking myself questions like, ‘How can we pave the path for the future?’ We’re the next generation of this industry, so there are ways we can start breaking patterns and old traditions now. I started getting involved in the industry and talking to experts at sustainability on sets, and then I brought that back into my program with the films I was producing and started integrating sustainability practices into my work. When I left school and started working on bigger sets and TV shows, I brought the sustainability piece with me on those sets.

And you got to do that with Netflix, no less.

Yes, in early 2020 I was working on a Netflix show [Another Life season two], and they said they wanted to have a designated person on set that coordinates these practices. This was even before Netflix introduced its sustainability department at its headquarters. It gave me the opportunity to take everything I’ve learned in school and on smaller films and apply it to these larger sets, with crews of over 150 people, and make a significant impact. And this is what lead me to lead Reel Green™, which just introduced a position within the provincial film commission, the first of its kind. Reel Green didn’t have a dedicated employee yet and recognized they needed someone facilitating these discussions with industry stakeholders full time. I’m privileged that I’ve gotten this opportunity.

What are some of these old patterns and habits you’ve run into?

Here’s just one example; going digital. One thing we were taught in our program is to print everything out, we’re talking about hundreds and hundreds of sheets of paper for a single student production. Now take that to a much larger scale, that’s thousands of sheets of paper every day, and this in a world where digital technology constantly, with so many programs that support us going digital. So the question became, how can we break some of those patterns and long-term habits in an industry where people have been doing it this way forever? Then again, we’ve already seen it happen, like with the transition from film to digital. It’s all about awareness and education. All the people I’m meeting with now, from corporate studio folks to our labor organizations to vendors and municipalities, if they’re not already engaged in this dialogue, we’re working to inform them and help them see how they can contribute to this.

Do you find the resistance to changing some of these basic behaviors on film and TV sets is lessening?

It was easier to implement in my student productions because you’re dealing with a bunch of 20-something-year-olds. In the industry, I was working on sets pre-pandemic, then the pandemic forced a lockdown on one of those sets, and by the time we came back, everything was digital. Whether you’d been working in the industry for fifty years or two years, you had to make that adjustment to all these new techniques. One of the biggest changes was that we had to go paperless to lessen contamination and physical touch, so everyone had to learn to utilize these digital tools. It took a little bit to get used to, but it wasn’t hard! It was the evidence that if you wanted to, you could.

What are other major areas of sustainability education you’re pursuing?

Another huge issue is recycling and composting on set. It shocks me that, still today, you can see garbage bins set up everywhere and everything that’s thrown out on set, whether it’s food or recyclables, all end up in a landfill. I don’t think people were realizing the impact after you leave the show. You’re working 12-15 hours a day, and once you’re done you’re onto the next project, but it’s the impact from each and every show. So we’re educating people and giving them the tools, the right bins, and having someone there to take it all to the appropriate locations.

Now I think we’re entering this challenge in the larger industry which is reducing the use and need of gas and diesel generators, as well as trucks and transportation in general. Gas and diesel are the biggest areas of our carbon footprint. So we’re exploring alternatives, including reducing the need for travel and flying people in by hiring local, sourcing electric generators, and tying into the grid. We’re lucky in Vancouver because we have access to this infrastructure, but there are still regions that are behind on that. My colleague Katharine Pavoni leads the Clean Energy Committee through which we’re starting the dialogue about how this is going to benefit not only the world but with your production budgets. It’s cleaner, faster, quieter, and it makes a hugely significant impact.

Reel Green™ is now national, so that’s a huge piece of the puzzle.

Yes, Creative BC’s Julie Bernard a founder of Reel Green in 2006. And with me to take on a dedicated Lead role for the initiative, she has been able to turn attention to shaping and co-chairing The National Reel Green committee with our colleagues at Ontario Creates. When you think about the film industry as a whole—everyone from the directors and producers and crew members to the labor organizations—it spans across all of Canada and the U.S. as we have productions coming in from the United States all the time. So how do we collaborate with each jurisdiction so that we’re all saying the same thing and all have the same message? Education is the biggest piece. We have 30 partners now with the national Reel Green™ community, which includes film commissions and organizations and guilds, and we meet these folks where they’re at. The Alberta Film Commission is just getting started, and the first thing they’re focused on is training, both themselves and the folks who live there, about climate science and sustainable production. It always starts with education, and then you implement what’s needed, what kind of toolkits and resources they require. It’s a great collaboration. It’s not stopping with just Canada, we’re meeting with partners in the U.S. and internationally. There are film commissions around the world reaching out to set up sustainable initiatives in their communities. Especially when it comes to studios, they all want to make the best film or show, but something I always say with these competitors is that sustainability isn’t something we need to compete in. Our common goal at the end of the day is to do better for this planet, we all need to come together, be transparent, and support each other. There’s no competition in improving the home we live in.

How else do you see Reel Green™ helping shape the future of production?

Something I’m trying to shift the focus on this year and the years to come is the representation of who we’re listening to. We have always had these amazing women leading the charge at Reel Green™, which is so important, and building on this, I really want to ensure allyship through true partnership with Indigenous communities. Here in Vancouver, we take this very seriously. How do we, rather than give them space at the table, truly prioritize their voices, expertise and leadership? All the intersectional voices are something we’re trying to focus more on too. Bringing in new faces from different backgrounds who people can look up to and relate to and see that they’re leading the charge. Acknowledging all the hard work the people on our advisory board are doing, and then expanding it and listening to the true stewards of the land. Having a more diverse perspective is key.

The Motion Picture Association – Canada is a proud partner of the Reel Green™ initiative.

If you want to learn more about Smiely’s work, check out her podcast focused on environmental sustainability called The Sustainable Act. 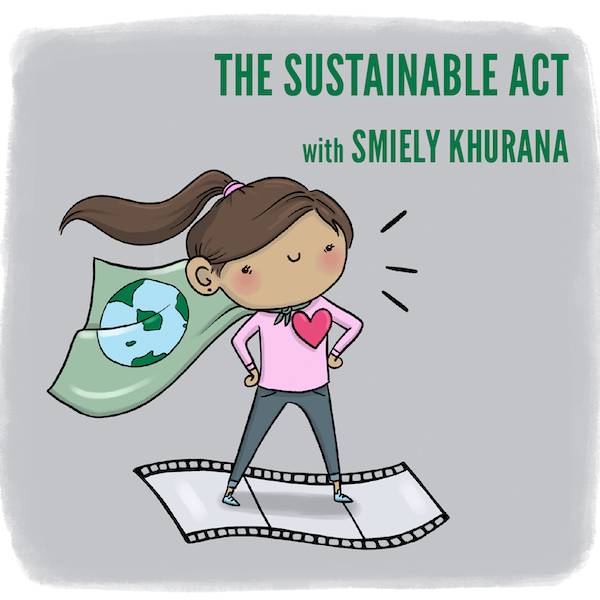