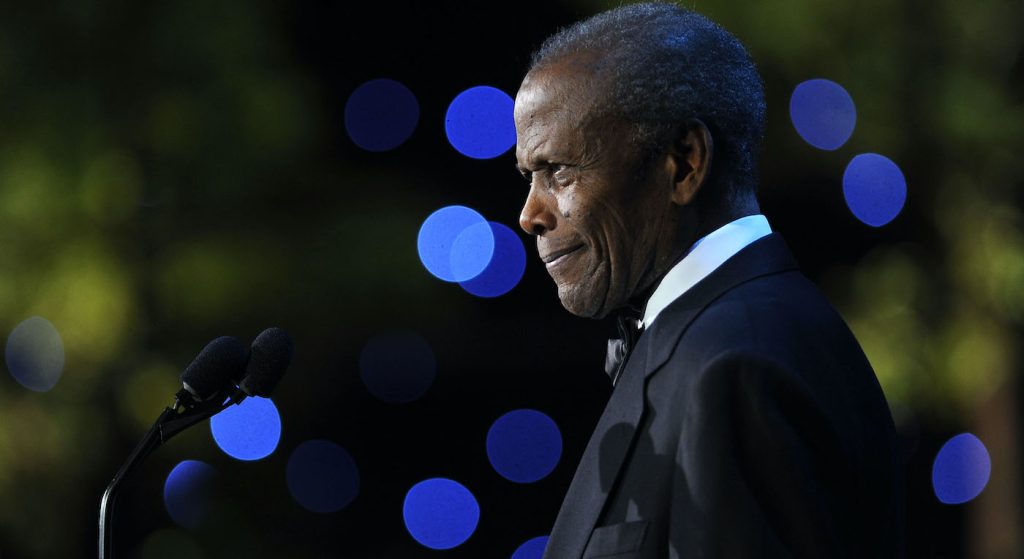 The iconic Bahamian-American actor Sidney Poitier has passed away at 94, Bahamian news outlets reported Friday. His death was confirmed by Eugene Torchon-Newry, the acting director general of the Ministry of Foreign Affairs in the Bahamas. No other details have been provided yet.

Poitier broke a slew of barriers in Hollywood during his long, legendary career, including, in 1964, becoming the first Black man to win the Oscar for best actor. Poitier’s career was filled with many such firsts and his impact on both Hollywood and the culture at large was seismic. He once wrote, “I felt very much as if I were representing 15, 18 million people with every move I made.” Few other performers have ever had a larger impact, under more scrutiny and expectations, than Sidney Poitier.

A glance at the barriers Poitier broke in his career exemplifies a staggering series of achievements from an actor with mesmerizing talent and grace. Poitier became the first Black man to win an international film award at the Venice Film festival in 1957. He was the first to be nominated for Best Actor at the Academy Awards in 1958 (for The Defiant Ones), the film that made him a star, and then went on to become the first to win the Oscar in 1963 for the smaller, low-budget Lilies of the Field.

Poitier’s performances in films like In The Heat of the Night and Guess Who’s Coming To Dinner established him—in another first—as a Black matinee idol. That latter film, released in 1967, was groundbreaking in its depiction an interracial romance. “To think of the American Negro male in romantic social-sexual circumstances is difficult, you know,” he told an interviewer. “And the reasons why are legion and too many to go into.”

His skill, poise, and determination, both on and off screen, created the space for Black actors to become stars themselves. Poitier’s rise also came at a crucial juncture in the United States, right as the civil rights movement was gaining momentum. As the New York Times‘ William Grimes writes, “His roles tended to reflect the peaceful integrationist goals of the struggle. Although often simmering with repressed anger, his characters responded to injustice with quiet resolution.” This depiction of characters meeting hatred with “reason and forgiveness,” as Grimes writes, offered a reassuring message to white audiences. Yet it also made life more difficult for Poitier, who was attacked as an Uncle Tom “when the civil rights movement took a more militant turn in the late 1960s,” Grimes writes.

“It’s a choice, a clear choice,” Mr. Poitier said in a 1967 interview about his roles at the time. “If the fabric of the society were different, I would scream to high heaven to play villains and to deal with different images of Negro life that would be more dimensional. But I’ll be damned if I do that at this stage of the game.”

It was in 1967 that Poitier became a bonafide star, staring in three of Hollywood’s top-grossing films. In The Heat of the Night saw him playing Virgil Tibbs, a Philadelphia detective working on a murder investigation in Mississippi, where he must work with Rod Steiger’s racist sheriff. It was In The Heat of the Night where Poitier’s detective said the deathless line to Steiger’s bigoted sheriff, “They call me Mr. Tibbs!” It was also in 1967 that he played a doctor in Guess Who’s Coming to Dinner, challenging the liberal pieties of his potential in-laws, played by Katherine Hepburn and Spencer Tracy.

In 1969, Poitier teamed up with Barbara Streisand and Paul Newman to create the independent production company First Artists, which was later joined by Dustin Hoffman and Steve McQueen. He’d go on to direct Richard Pryor and Gene Wilder in Stir Crazy (1980) as he launched his directing and producing career. He’d go on to direct nine movies, a mix of genres and styles, that included Buck and the Preacher (1972), A Warm December (1973), Uptown Saturday Night (1974), Let’s Do It Again (1975), A Piece of the Action (1977) Fast Forward (1985), and Ghost Dad (1990).

In 2002, he received an honorary Oscar from the Academy “for his extraordinary performances and unique presence on the screen and for representing the motion picture industry with dignity, style, and intelligence throughout the world.”