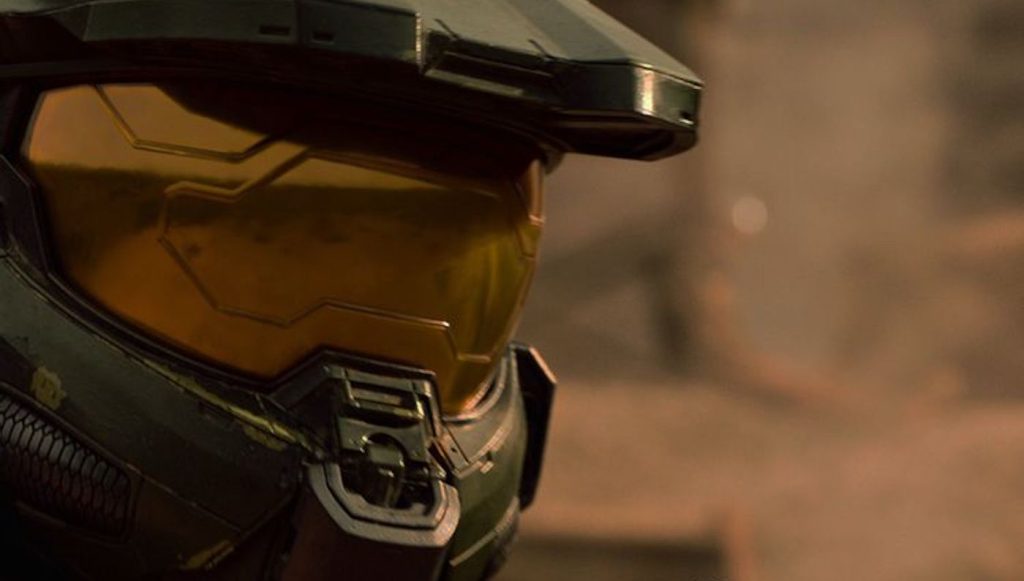 At long last, Master Chief is ready to rumble and is coming to a TV screen near you. The first official trailer for the live-action Halo series arrived this past Sunday during halftime of the Cincinnati Bengals/Kansas City Chiefs game, revealing Paramount+’s adaptation of the massively popular video game series. This is the longest look yet at the highly-anticipated series, and it also came with the show’s premiere date—March 24.

The adaptation of the mega-popular XBox Game Studios’ first-person shooter will be the biggest series in Paramount+’s history. Produced by Steven Spielberg’s Amblin Television, the trailer gives us a closer look at Master Chief Spartan John-117 (Pablo Schreiber), one of the cybernetically enhanced super-soldiers called a Spartan created to defend humanity from an alien race called the Covenant. The Spartans serve at the behest of the United Nations Space Command and were created by scientist Dr. Halsey (Natasha McElhone).

The specifics of the plot are still largely unknown, but we do know Halo is set in the 26th century and will be centered on Master Chief Spartan John-117’s service as he leads the battle against the Covenant. The trailer also hints at the tension building between the Spartans, designed to be not only humanity’s best fighters but also to be controllable, essentially little more than weapons. Yet, the trailer hints that while they were modified to be the perfect killing machines, Master Chief’s journey will not just be physical, but emotional.

The trailer makes great use of a cover of a classic chills-inducing tune, Phil Collins’ “In The Air Tonight.” This long look reveals the massive scope of the series, which won’t skimp on the game’s epic battle action. Joining Schreiber and McElhone are Jen Taylor, who reprises her role as the voice of the A.I. Cortana from the games. The cast includes Yerin Ha, Charlie Murphy, Shabana Azmi, Bokeem Woodbine, Olive Gray, Kate Kennedy, Natasha Culzac, Bentley Kalu, Danny Sapani and Jesse Tyler Ridgway. Steven Kane serves as the showrunner, and he executive produces alongside Steven Spielberg, Darryl Frank, and Justin Falvey.

Check out the trailer below. Once again, Halo arrives on Paramount+ on March 24.

Here’s the official synopsis from Paramount+:

In its adaptation for Paramount+, HALO will take place in the universe that first came to be in 2001 with the launch of Xbox®’s first “Halo” game. Dramatizing an epic 26th-century conflict between humanity and an alien threat known as the Covenant, HALO the series will weave deeply drawn personal stories with action, adventure and a richly imagined vision of the future. The series stars Pablo Schreiber (“American Gods”) as the Master Chief, Spartan-117; Natascha McElhone (“Californication”) as Dr. Halsey, the brilliant, conflicted and inscrutable creator of the Spartan super soldiers; and Jen Taylor (“Halo” game series, RWBY) as Cortana, the most advanced AI in human history, and potentially the key to the survival of the human race. Additional stars include Bokeem Woodbine (“Fargo”), Shabana Azmi (“Fire”), Natasha Culzac (“The Witcher”), Olive Gray (“Half Moon Investigations”), Yerin Ha (“Reef Break”), Bentley Kalu (“Avengers: Age of Ultron”), Kate Kennedy (“Catastrophe”), Charlie Murphy (“Peaky Blinders”) and Danny Sapani (“Penny Dreadful”).