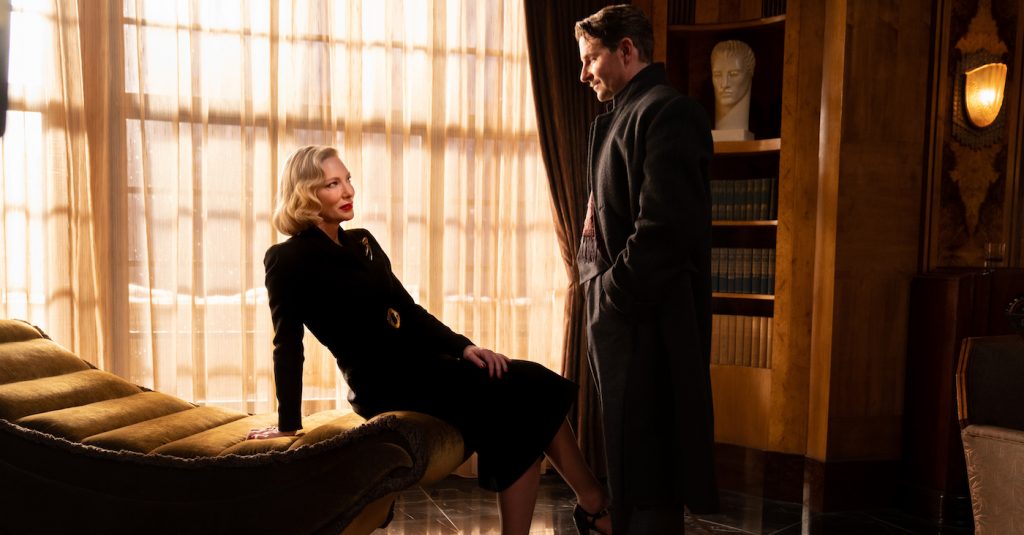 Christmas is going to come a little early this year. The official trailer for Guillermo del Toro’s Nightmare Alley has arrived, priming us for the maestro’s latest. The film boasts an insanely talented cast, headlined by Bradley Cooper and Cate Blanchett as a pair of mischievous souls who seem destined to create a nightmare for themselves and others. Cooper plays Stan Carlisle, a gifted carny who can manipulate people with nothing more than a few perfectly chosen words. Blanchett plays Dr. Lillith Ritter, a psychiatrist who possibly surpasses Carlisle’s gift for manipulation. These two will make for a sinister pair.

There are few directors as gifted at world-building as del Toro, who has delivered some of the most detailed, deliriously creative films of the century. From his Oscar-winning turn with Shape of Water to his masterpiece, Pan’s Labyrinth, Del Toro delights in the role of tour guide to the weird, wild, and fantastical. Yet what makes his films so memorable is that Del Toro clearly loves his characters, the more bizarre the better, and this affection crosses across all his work, regardless of the genre.

With Nightmare Alley, Del Toro is tackling an adaptation of the 1946 novel of the same name by William Lindsay Gresham. Gresham’s novel is steeped in the shadowy world of a second-rate carnival filled with schemers, dreamers, hustlers, and femme Fatales, all of which seem ideally suited for Del Toro’s abilities. Yet Nightmare Alley boasts no supernatural elements, typically a staple in Del Toro’s films. It’s a pure pulp movie. As he told Collider in 2019, Nightmare Alley offered him the chance to “do a real underbelly of society type movie…[there are] no supernatural elements. Just a straight, really dark story.”

Check out the official trailer below. Nightmare Alley hits theaters on December 17.