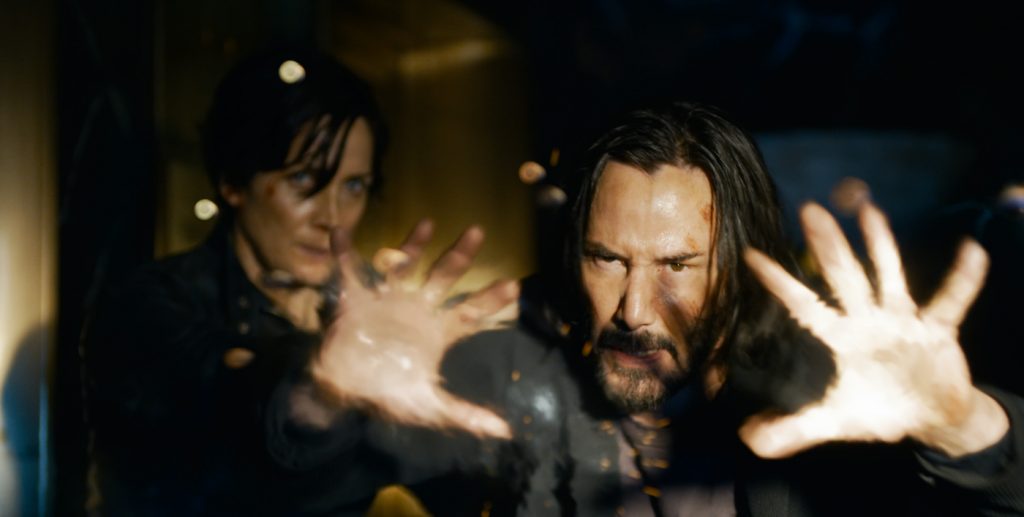 “Have you ever had a dream, Neo, that you were so sure is real? What if you were unable to wake from that dream? How would you know the difference between the dream world and the real world?”

You might recall these lines from the original The Matrix, spoken by Morpheus (Laurence Fishburne) to Neo (Keanu Reeves) in the film that changed the game for not only sci-fi films going forward, but for what was possible to depict on screen. The effects alone would have made The Matrix a major moment in film history, but it was the story of a terrifying reality beneath the glossy, workaday dream-world we all believe is real that captured the attention of millions. Lana and Lilly Wachowski’s The Matrix wasn’t just an epic sci-fi blockbuster that revealed “bullet-time” visual effects technology to the world, it was also a deeply felt story about the human mind, the capacity for every individual to break free from the prison of comforting conformity and see the world for what it really is.

Then, of course, there were the iconic performances. Fishburne, Reeves, and Carrie-Anne Moss, as Trinity, were the film’s stars. But you’ll recall, as you watch this new featurette from Warner Bros. on the legacy of The Matrix, just how many great performers populated Lana and Lilly Wachowski’s film. Hugo Weaving was pitch-perfect as the malevolent Agent Smith, but so, too, was Jada Pinkett Smith’s Niobe and the wisecracking Joe Pantoliano as Cypher. “Buckle your seatbelt, Dorothy, because Kansas is going bye-bye,” Cypher says to Neo, and he was right. Only the rest of us were on that trip with Neo, too.

In the new featurette, the cast of The Matrix Resurrections reflects on what the original film meant to them. Original and current stars like Reeves and Moss offer their perspective on how the film changed their lives, while newcomers recall reacting to the film the same way you and I did. “I left the movie theater just knowing things were going to be different in my life,” new cast member Eréndira Ibarra says. “You can’t quantify how much it changed the world,” adds Jessica Henwick, who plays Bugs in Resurrections. “The best and most iconic thing I remember is Neo dodging the bullets,” says Yahya Abdul-Mateen II, who has a big role in the upcoming film.

The cast makes the point that elements of The Matrix have become so deeply embedded in our culture you might forget that they sprung from the film in the first place. Whether it’s a reference to the red pill or the blue pill, or someone simply mentioning “a glitch in the Matrix” to describe something weird happening, the original film really did have a massive, lasting impact. This is why there is so much excitement to see what Lana Wachowski has cooking with The Matrix Resurrections.

Check out the featurette below. The Matrix Resurrections hits theaters on December 22.