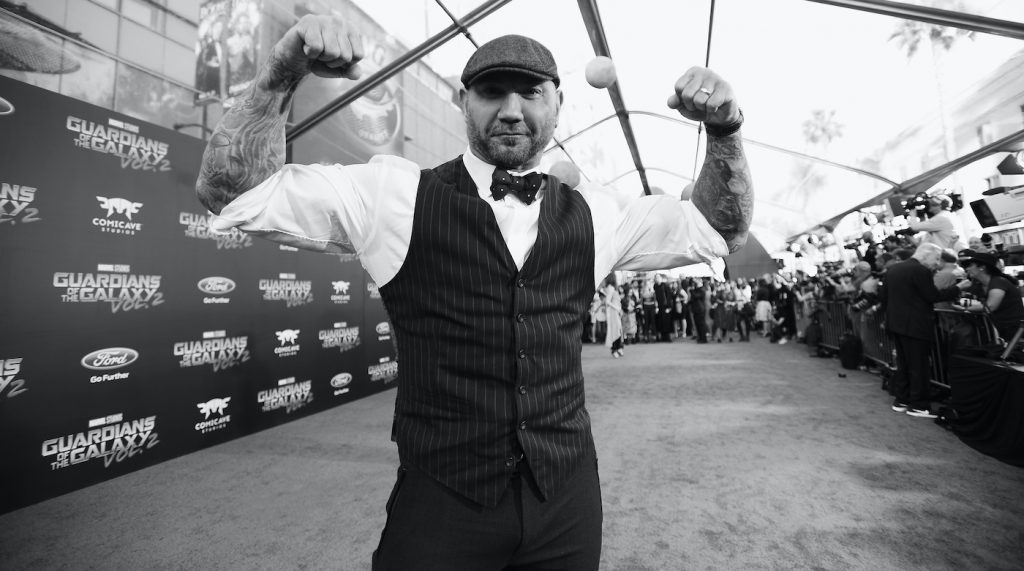 The first major bit of casting news for Rian Johnson’s sequel to his 2019 hit Knives Out is here—Deadline reports that Dave Bautista is joining Daniel Craig in Knives Out 2, reuniting the pair for the first time since they appeared together in 2015’s Spectre. Netflix scooped up Knives Out 2 and 3 in a deal that was reportedly worth more than $400 million. Johnson will write, direct, and produce the sequel, with Craig returning to the role of the silky detective Benoit Blanc.

If you’re wondering just who Bautista will be playing and what murderous chicanery Knives Out 2 will get into, you will likely be unsurprised to find out both details are being kept tightly under wraps. What you can be sure about is Craig’s Benoit Blanc will be plunged into a murder mystery involving a large ensemble of potential suspects, and that Bautista will have plenty to work with, both in terms of the script and the rest of the cast, whoever they may be.

Speaking of the cast, in the original film, they appeared to be having the times of their lives. From Chris Evans’ portrayal of the happily amoral Ransom Drysdale (both his name and his chunky knit sweater were perfect) to Toni Collette’s scene-stealing performance as the tipsy Joni Thrombey, there seemed to be palpable joy in making the film. Michael Shannon, Don Johnson, Jamie Lee Curtis, Ana de Armas, the late, great Christopher Plummer, and recent Best Actor Oscar nominee LaKeith Stanfield were all on point. There’s no doubt Johnson will surround Craig with a similarly star-studded cast, and Bautista gets the honor of being the first to take the field.

Bautista is a busy guy—he’s already involved in a big Netflix film, Zack Snyder’s zombie thriller Army of the Dead, is in Denis Villeneuve’s highly anticipated Dune remake, has a role in Taika Waititi’s Thor: Love and Thunder, and will reprise his role as Drax in Guardians of the Galaxy Vol. 3.