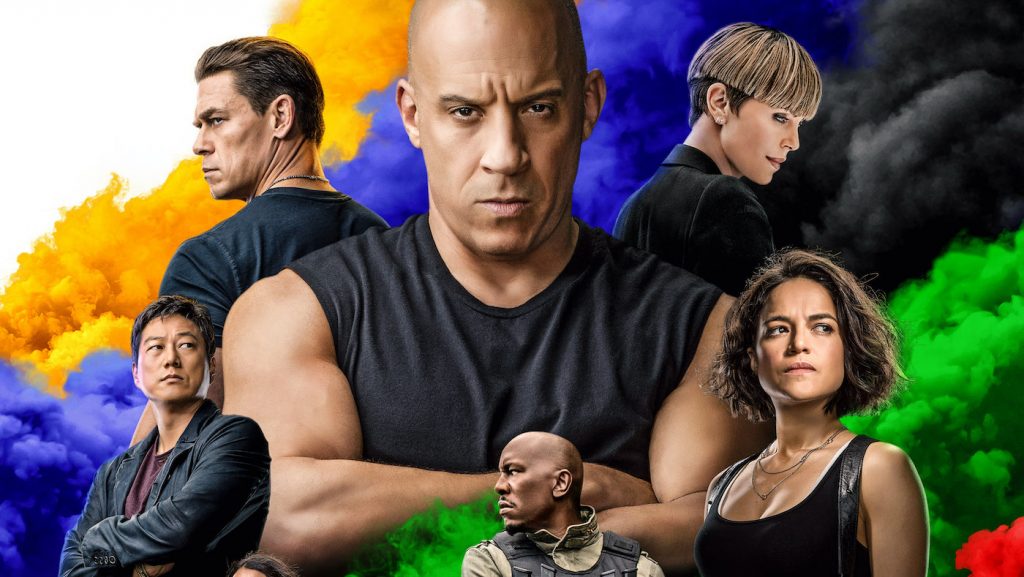 Universal has just kicked it into ninth gear—the new F9 trailer is here. We’ve been waiting a long time for the ninth film in the Fast & Furious franchise, and the new trailer reacquaints us with everybody’s favorite outlaw family of gearheads. We’ve known for a while that Han (Sung Kang) would be returning, and we get some Han action in the trailer. But the main focus of the longest look yet at F9 is the mano-y-mano brawl that’s brewing between Dom (Vin Diesel) and his brother Jakob (John Cena). Also, a flying car. Like a literal flying car. Also magnets—wait until you see the magnets.

The matchup between brothers Dom and Jakob highlights just how much of a family reunion F9 will be. Just about everyone who’s mattered in recent Fast & Furious installments is on hand (well, almost everyone—there’s no Rock and there’s no Jason Statham), including a slew of characters from The Fast and the Furious: Tokyo Drift, including Twinkie (Bow Wow), Sean Boswell (Lucas Black), and Earl Hu (Jason Tobin). This huge extended gang of misfits also includes some heavy hitters from later films, including Charlize Theron’s big bad Cipher and Helen Mirren’s Magdalene Shaw.

The nucleus of the franchise remains intact—Dom, Han, Michelle Rodriguez’s Letty, Jordana Brewster’s Mia, Ludacris’s Tej Parker, and Tyrese Gibson’s Roman Pearce. F9 promises to test them like never before with Cena’s Jakob Toretto, Dom’s “forsaken” brother, ready to step out of Dom’s shadow and punish him for, well, we’ll find that bit out when the film comes out.

Another key returning player is, of course, director Justin Lin, the most seasoned Fast & Furious director of them all. Check out the trailer below. F9 is slated for a June 25 release: