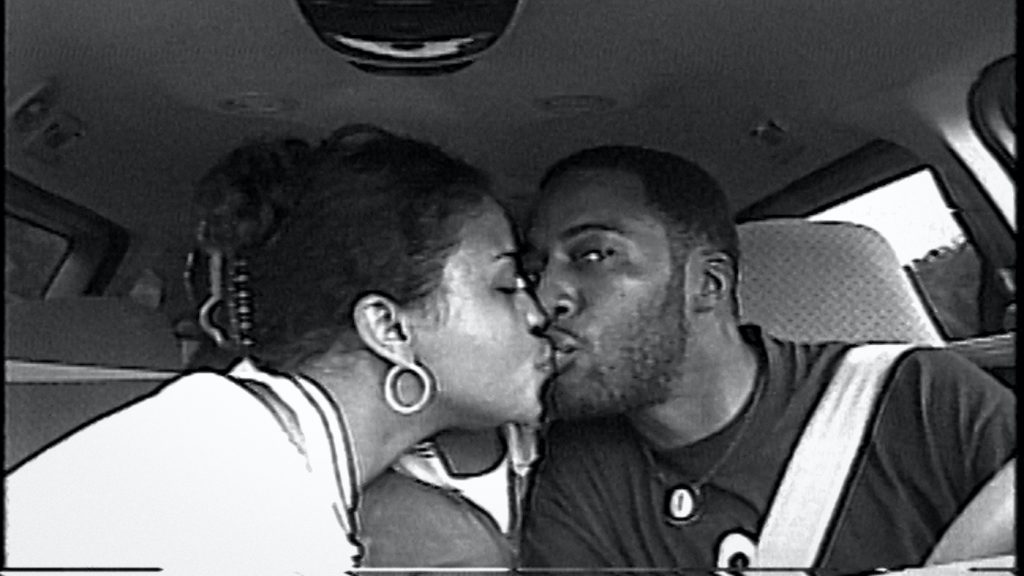 “I never thought a film could be made with such a minimal amount of information,” says editor Gabriel Rhodes. But not only was it made; it currently has an Oscar nomination for best feature-length documentary.

The film in question is called, simply, Time. Coming from director/artist Garrett Bradley, it chronicles a long stretch of time, twenty years’ worth, in which Louisiana-based wife and mother, Fox Rich, finds herself effectively widowed as her husband serves what was originally a 60-year term in the Bayou State’s notorious Angola Prison.

The documentary isn’t an expose of conditions at the Louisiana State pen, which were shown in a previous, also award-nominated documentary, The Farm: Angola, USA. Rather, by showing the toll that over-sentencing takes on other people and communities in general, the film challenges perceptions of what makes for “safety,” and even “rehabilitation.”

Time does this by following Rich, who also went by Sibil Fox Richardson, who raises her six sons after her husband Rob is found guilty in the attempted robbery of a credit union in Shreveport after their clothing store was about to go under during a previous economic downturn.

The film doesn’t shy away from Richardson’s guilt. Fox herself had to serve three and a half years for driving the getaway vehicle, and in one of the film’s more powerful sequences, she describes the process of making amends years later with the credit union’s employees. But the way we get that information as an audience is part of what makes Time unique.

“I’m tired of seeing these social issue documentaries that approach things in one way,” Rhodes says, and what Time does, rather than construct things more like a TV news report—here’s a recounting of the robbery, here’s a reaction to the harsh sentencing and a series of attempts in court to get it reduced, here’s a new lawyer, here are the inmate interviews in Angola, etc.—the camera stays close on Fox, whether she’s working the phones, giving talks, trying to balance work and being a single mom, or making amends for a crime which she acknowledges was reckless, thoughtless, and had the potential for great harm.

Instead, we see this amends-making being retold by Rich, as she speaks to a church group, and the narrative continues to stay close to her over the years during many other pivotal events, like the aforementioned court hearings, or new legal representation, taking place at the other end of phone calls, or at the edge of the frame.

This is because in addition to following Rich in the real-time of the doc, as she’s captured by Bradley and her cinematographers—Nisa East, Zac Manuel, and Justin Zweifach—there was, as Rhodes notes, over “a hundred hours of archival material,” which Rich herself had shot. The footage included scenes of her sons growing up, goofing around, getting ready for school, visiting family—all the small moments that Rob was missing. And indeed, Rob missed all of them, since each was a young man by the time he’s released at the film’s end.

But it was this trove, given to Bradley by Rich as she was preparing to edit what she’d originally conceived as a short film, that prompted her to rethink the narrative arc. It’s also this footage that allows viewers to wonder whether giving a man what is basically a life sentence for a thwarted robbery in which no one was hurt is actually in the best interests of society at large if six young men are going to grow up without their dad.

The boys sure had a mom. The footage shows Rich being as present as she can, filling both parental roles, during their childhoods.

“It was a hundred hours of archival material,” Rhodes says. “Fox was shooting this stuff in the early 2000s—home video became pretty ubiquitous at this time. There was an intention to document things for Rob.” Rhodes notes it was also a matter of “Fox wanting to be heard, to be seen. I think she loves the camera.” Fox wasn’t shy about documenting her family’s life, its hardships, or her views on them.

“I think aesthetically, with the archival stuff, Garrett and I had a real taste for the messy stuff,” Rhodes says, which may have been part of what drew them together in the first place. The director contacted him, having seen Matangi/Maya/M.I.A., about the Sri Lankan pop star, which “had a lot of archival home footage,” and like Fox, he adds, “M.I.A. is a very strong female character.”

In addition to the emotional messiness documented in the archival footage, there was the fact it was grainier, especially when blown up, and also had a different aspect ratio, than the documentarians’ footage; a more traditional 4:3 compared to the now standard 1:85.

“We added a little grain into the modern footage so the contrast felt a little less,” Rhodes says, but they kept the shifting ratios, which helped denote the interplay of past and present, and as he notes, “become seamless after a while.”

But not all the transitions were visual. “Our sound designer did an amazing job (creating) a soundscape,” which allowed aural aspects, like a “whoosh sound,” to accompany “a lot of transitions (that) involved kinetic motion,” such as car wheels turning. “That played into the time motif of things are moving forward.”

As for Rhodes, he kept things moving forward in the edit using Adobe Premiere. His toolbox, he says “shifts every project, (and) I’m pretty nimble between Avid and Premiere, (but) I definitely prefer working in Premiere.”

In fact, there were other facets of tech used during the process, too. The film was shot and completed before the pandemic (though Rhodes’ next project is about a New York hospital early in the plague year), even winning a documentary directing award at last year’s Sundance, for Bradley.

“We were separated for almost the entire edit,” he says, of him and Bradley. And since “Zoom was not yet a thing, we just used Facetime a lot. I would export ten seconds of the cut and throw it into a chat window. ‘This is where I’m stopping on this frame.’ She’d screengrab something (else),” offering a different edit point. In all, Rhodes concludes, the process “worked pretty well.”

The Rich family, the film’s numerous Amazon Prime viewers, and now the Academy itself, would all seem to agree.

Time is streaming now for free this week on YouTube.