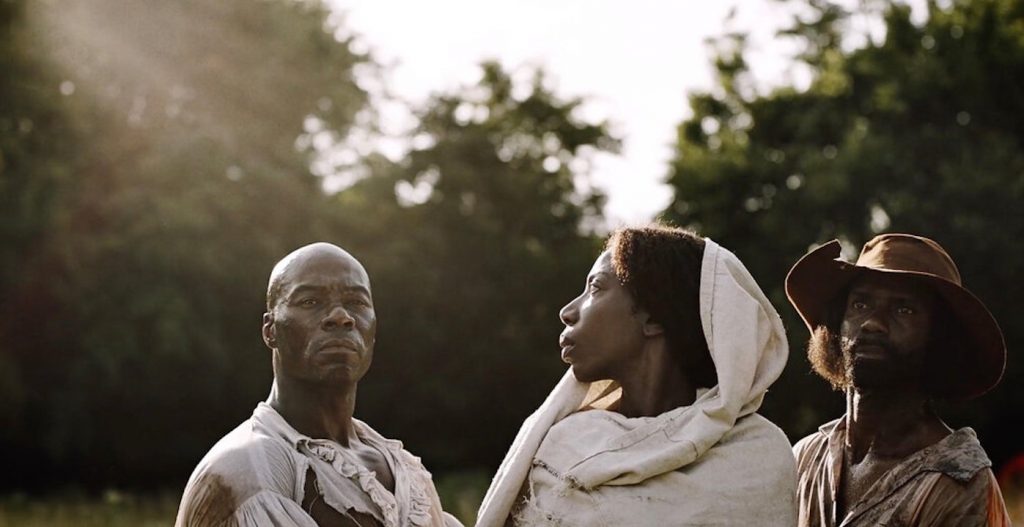 Although it’s a short film, director Jon Alston’s Augustus tackles a monumental subject: human rights and the centuries-long injustice and racism faced by the Black community. Alston, a former record-setting linebacker in the NFL, served as an executive producer as well, along with the film’s writer and lead actor, Ayinde Howell.

The film plays from the point of view of Frederick Douglass, the noted abolitionist who escaped slavery. As Douglass suffers from nightmares depicting the death of his son, he also witnesses a future in which the bias and brutality of his era continue.

Alston spoke with The Credits about Augustus, which has picked up several awards on the festival circuit and will soon come to streaming services for wider viewership. The following interview has been edited.

How did this project come together? Did you and Ayinde Howell know each other beforehand?

I met Ayinde when I was at USC. I did a short film that I didn’t put out. It’s called Sell Out! and he did a great job as its lead actor. Two years after that, he came to me with an idea he had and wanted me to get involved. I read it and there were a lot of wonderful ideas, and I said let’s go, let’s do this. And then we spent a couple of months building our team. We workshopped the screenplay, rewrote it about 20 times, and eventually got to the point where we had a couple of days to shoot over the July 4th holiday.

In Augustus’ recurring dream, he is tormented that he can’t save his son. There’s one scene in the dream featuring both the people of his era and people of today, like a prophecy that racism will continue. Tell me about that decision.

I believe it’s the first real dream that we see Augustus in, where he’s chained to the fence. He’s in the modern-day, but he is dealing with the people of his time. We are making the literal linkage between his era, pre-Civil War, and our time right now. Obviously, we’re nodding to the death of Trayvon Martin, we’re nodding to Sandra Bland in the film. But we wanted to personalize it and not just be on the nose with it. We’re saying, what if Frederick Douglass experienced what life was like today and we went back and we told him that they were still tearing down his statues in July of 2020. How would he feel and would he continue to do the same things that he did? And yes, the bystanders, which sit there and watch what he’s going on and do nothing, we thought it was very, very important to put that in there, to show the history, and that we are still living this nightmare ourselves.

What were the production challenges of shooting this short?

This one was a labor of love. There are period elements in it and, while I’m located in Los Angeles and our whole team, the core team, is basically in Los Angeles, we had to go on location in Virginia. We scouted and we knew, on our budget, we had to shoot it there to do it right. That was very difficult, understanding that I’m working a day job writing on All American at the time and trying to get ready to do this short film and I’ve only got a small window to be able to do it, not to mention the fact that we had to bring in crew and cast members from New York and Georgia and Florida and Los Angeles.

Were your sets built or did you find existing buildings?

The beauty of that area in Virginia is it’s rich with wonderful locations. We shot a lot of the stuff at Henricus Historical Park, which served as a location for Augustus’ home and some of the running scenes. We shot at a plantation that was there, which was not too far from our home base. These locations were just already there and they were wonderful. And the people there in Virginia were so nice. The Virginia Production Office was great.

The color palette, was it meant to be muted?

I think we kind of run the gamut. When you’re looking at the entire film, you’re going to see the black and white and the blue’s a lot in the dreams, or when you’re dealing with the dungeon, obviously, because they’re tied thematically. And then there was a lot of green, there’s a lot of brown. There’s a romantic light that I put on this in post-production that kind of flows through the film that gives us a little bit of nostalgia, and it also represents the dreaminess of the story.

I thought it was interesting that Augustus’ identity is not fully revealed until the end of the film. Was the objective to add impact or surprise audiences?

Yeah, that was because sometimes when you say something, like Frederick Douglass, people have their own biases. And we want to entertain. But there are a lot of Easter eggs that tell us within the story who this is — like the little boy at the beginning of the film is reading the book, The Lady of the Lake, that Frederick Douglass took his last name from. And from a character standpoint, the end is also the moment where he accepts who he is. He makes a statement, he’s stepping into that role, so it seemed also duly appropriate that it was both a reveal for the audience, but also a coming to for the character of Augustus.