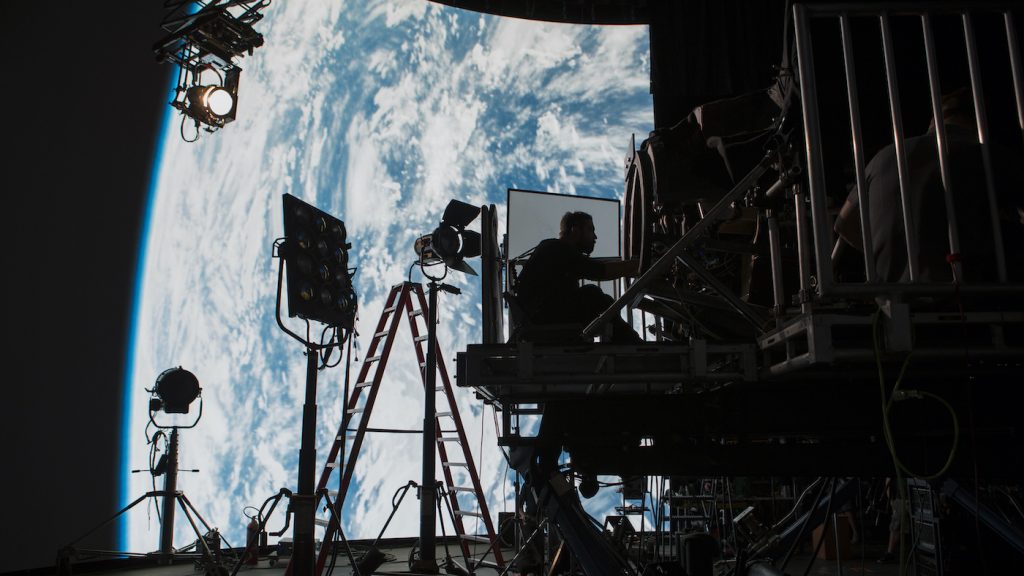 As issues of climate change continue to be front and center in every aspect of our lives, many areas of business and industry are investigating new ways in which they can mitigate their carbon footprint and become more engaged in policies that are centered on responsibility toward climate change.

Fortunately, the entertainment industry has been at the forefront of this issue for many years – in fact, a full decade! – and has consistently demonstrated its commitment to sustainability. Ten years ago, in a demonstration of solidarity and dedication to the issue of climate change, the studios recognized they could not tackle the enormity of this impending crisis on their own. Their shared belief that providing common tools, resources, and best practices across film and television productions would have a significant impact in reducing the industry’s environmental impacts across the globe, could not have been more astute. And the Sustainable Production Alliance (SPA) was born.

Founded in 2010, SPA is a consortium of the world’s leading film, television, and streaming companies dedicated to accelerating the transformation of the entertainment business into a more sustainable industry.

With members that now include Amazon Studios, Amblin Partners, Disney, Fox Corporation, NBCUniversal, Netflix, Participant Media, Sony Pictures Entertainment, ViacomCBS and WarnerMedia, SPA recognized from its inception that this critically important work could not be done individually and immediately took on the mission of creating and distributing common tools and resources to film, television and streaming professionals. But where these important tools would live and how professionals would be able to easily get access to them proved to be another challenge for the young organization to overcome.

SPA found a like-minded partner in the Producers Guild of America Foundation’s PGA Green Committee and together, the two organizations created what would become their most important venture to date exactly ten years ago: The Green Production Guide. In the Green Production Guide (GPG), SPA found a way to provide tools and resources to help implement sustainable plans for production and reduce the industry’s overall environmental impact.

Once SPA and PGA Green established the GPG and the tools were created, the studios on their physical lots and stages through their various productions could do what they do best—innovate.

From the jump, the GPG offered a worldwide database of vendors that provide sustainable goods and services for film and television production. The resources on the site include the Production Environmental Accounting Report (PEAR) to calculate a production’s carbon footprint, the Production Environmental Actions Checklist (PEACH) to detail best practices for each department on a film set or television production, infographics, memo templates, and case studies on various productions that detail how it’s actually done on the ground. “Anyone who wants to create a sustainable production can go to the Green Production Guide and download signs, communications resources, vendor guidance and other things that will really help you to reduce the carbon emissions on your film,” said Katie Carpenter, Co-Chair, Producers Guild of America Green Committee.

In 2020, the GPG is more vital than ever and is widely recognized throughout the entertainment industry as the cornerstone of the collective vision of what the industry sees as its contribution to long-lasting, significant change in the sustainability efforts of film and television production.

“I think studio and collective efforts over the last decade have raised awareness and understanding,” said HBO’s Director of Sustainability, Heidi Kindberg Goss, in Variety’s “Sustainability in Hollywood” series. “So, now instead of being surprised of our efforts and our requirements, shows expect them. Also, there’s more positive competition and more positive collaboration, which demonstrates growth and interest.”

“When Twentieth Century Fox set out to adapt Jack London’s titular adventure novel as film in 2018, the studio sought to honor this legacy by producing the film in the most environmentally responsible way possible. These efforts helped “The Call of the Wild” divert more than 82% of its waste from landfill and generate significant cost and carbon savings in the process.” – Green Production Guide.

That positive collaboration includes SPA’s Sustainable Entertainment Education Series (SEEDS), virtual learning opportunities launched with PGA Green to raise awareness and call for action on a variety of topics at the intersection of the environment and the industry, expand its reach, pursue important conversations and engage the next generation of filmmakers in all aspects of sustainable production. The first session, New Climate Narratives in a World of Racial Injustice and a Global Pandemic, was held this past July in partnership with the Writers Guild of America East, the Good Energy Project, the Natural Resources Defense Council, the Center for Cultural Power and Sierra Club. Garnering broad audience interest, the event focused on how to successfully integrate racial, climate, and social justice storytelling in film and television.

In October, the latest installment of SEEDS took place as part of the Motion Picture Association’s “Film School Friday” series.  The program, entitled Sustainability From from Studios to Students, looked at another new coalition, the Green Film School Alliance, and was quite a success with over 4,500 viewers tuning in to hear a fascinating conversation covering a wide variety of sustainable production topics on behalf of studio partners, academic institutions and students.

It’s important to point out that the Green Production Guide’s recommended best practices are not just strong recommendations without results – they’re working. One way to measure their impact is the Green (and Gold) Seals, which are awarded by the Environmental Media Association (EMA), to productions that have surpassed a variety of sustainable criteria. In 2020, the EMA awarded 205 Green and Gold Seals – the most ever. This is up from 188 in 2019 and 113 in 2018.

Now, in the midst of a pandemic, SPA’s leadership with the GPG is more crucial than ever. As film and television crews returning to production amid Covid-19, safety protocols are as important for the cast and crew’s immediate health as the sustainability protocols are for the long-term health of the planet. The GPG’s return-to-work recommendations and updated PEACH cover everything, from best practices for craft services and catering to the hygiene, sanitation, and use of personal protective equipment for the cast and crew – all as sustainably as possible.

There is significant innovation that is coming into play as the members of SPA continue to safely produce content in a pandemic, including choosing more renewable or more recyclable products if single-use water is mandated due to Covid protocols – think canned water instead of single-use plastic bottles, because aluminum is infinitely recyclable. Additionally, a lot of the work the studios have already accomplished for the purpose of sustainability has really come in handy as productions return to work and in a new environment that stresses minimal personal contact. For example, LED lighting can be adjusted and controlled remotely, which allows for fewer people on set.

John Rego, Sony Pictures Entertainment’s Vice President of Sustainability summed it up at the Variety event: “Hopefully what the pandemic has done is not set us back but accelerated a transition to more sustainable options for us.”

Through its efforts with the Green Production Guide, SPA, in partnership with the PGA, has certainly provided that hope to the industry. Those involved in this important work are confident that the next decade will bring more collaborative innovation to sustainability efforts than ever before. We are excited to have a front-row seat as SPA’s incredible story will continue to unfold for many years to come.