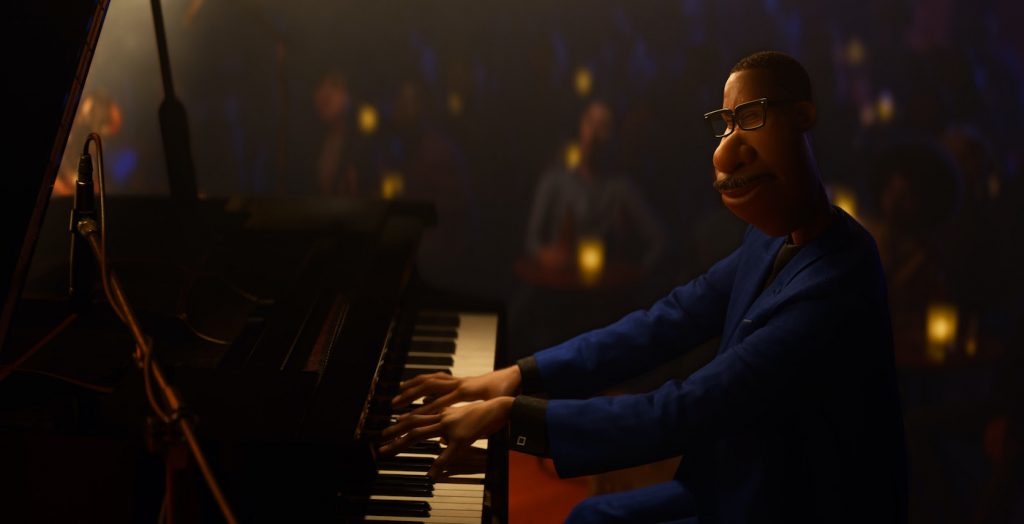 Pixar’s Soul is going to be a real Christmas treat. The studio’s latest wonder will be available for all Disney+ subscribers on Christmas Day, forgoing a theatrical release due to the pandemic. While it would be preferable to see the film on a giant screen with a state-of-the-art sound system, we’re happy that director Pete Docter (Up, Inside Out)’s latest will be available during the holiday season, at a moment where we could all use some cheer. Pixar has released a new trailer, and it’s the best of the bunch.

Soul tracks the story of a middle school band teacher and jazz lover named Joe Gardner (Jamie Foxx) who dreams of becoming a proper jazz musician. Then it happens, Joe gets his big break—he’s been asked to play at a swanky jazz club after a good audition, and he leaves the place on cloud nine. Unfortunately, soon he’s in the metaphysical clouds after he takes one wrong step (into an open manhole) and finds himself in the vast, fluffy precincts of the afterlife. It appears his dreams of becoming a jazz musician are put on hold; possibly for eternity.

Check out the new trailer here. Once again, Soul premieres on Christmas Day.

Featured image: In Disney and Pixar’s “Soul,” Joe Gardner (voice of Jamie Foxx) is a middle-school band teacher whose true passion is playing jazz. When he gets lost in his music, he goes into “the zone,” an immersive state that causes the rest of the world to literally melt away. Globally renowned musician Jon Batiste will be writing original jazz music for the film, and Oscar®-winners Trent Reznor and Atticus Ross (“The Social Network”), from Nine Inch Nails, will compose an original score that will drift between the real and soul worlds. “Soul” will debut exclusively on Disney+ (where Disney+ is available) on December 25, 2020. © 2020 Disney/Pixar. All Rights Reserved.