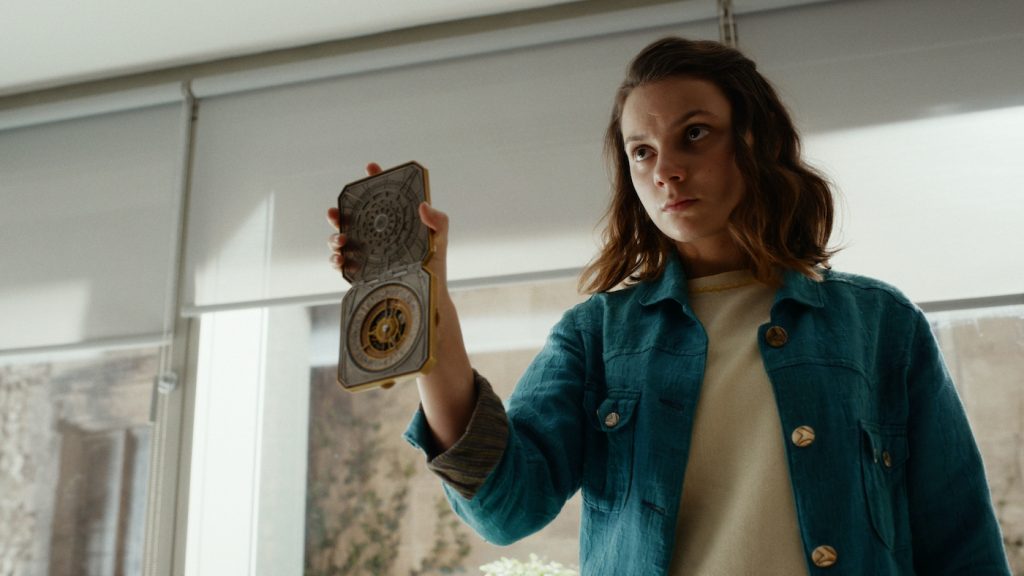 If you’ve been hankering for some sweeping fantasy action, HBO has just the ticket—a new trailer for His Dark Materials‘ second season is here, and it’s appropriately massive. The series, adapted from Philip Pullman’s beloved novel trilogy of the same name, got off to a gangbusters start with a stellar season one. The show follows Lyra Belacqua (Dafne Keen), an irrepressibly brave young girl with a troublesome family past and a refusal to let grownups, magical or otherwise, keep her from doing what she feels is right. Season one saw—spoiler alert— Lyra uncover a plot by the deliciously evil Mrs. Coulter (a great Ruth Wilson) that involved child enslavement (the show’s themes are rather dark) and pitted her against not only Mrs. Coulter, but an entire world of magical ne’er-do-wells. Her uncle Lord Asriel (James McAvoy) was a constant source of deception, and Lyra’s search and rescue mission for her kidnapped best friend Billy (Tyler Howitt) ended in tragedy. Season two, adapted from the second book in Pullman’s series “The Subtle Knife,” will find Lyra on the run, with the entire world—or worlds, we should say—about to enter a dark period of total war.

There’s a bunch of new faces this season. Joining Keen, Wilson, and Lin-Manuel Miranda (who plays the heroic aeronaut Lee Scorseby, who will also be looking for Lyra this season) is Andrew Scott of Fleabag fame. Scott plays Colonel John Parry, a man whose daemon—the animal spirit each person possesses—is voiced by none other than Fleabag creator and star Phoebe Waller-Bridge. Fantastic. Amir Wilson also joins the cast as Will, a boy that Lyra will come into contact with who is surprisingly from the normal, non-magical world. The two will try and bring peace to their trouble realms, all the while hunted by the ruthless Mrs. Coulter, Lee Scoresby and his new pal John Parry, and more.

Check out the season 2 trailer for His Dark Materials below. The series returns to HBO on November 16, 2020.

Season two of HIS DARK MATERIALS begins after Lord Asriel has opened a bridge to a new world, and, distraught over the death of her best friend, Lyra follows Asriel into the unknown. In a strange and mysterious abandoned city she meets Will, a boy from our world who is also running from a troubled past. Lyra and Will learn their destinies are tied to reuniting Will with his father but find their path is constantly thwarted as a war begins to brew around them. Meanwhile, Mrs. Coulter searches for Lyra, determined to bring her home by any means necessary.