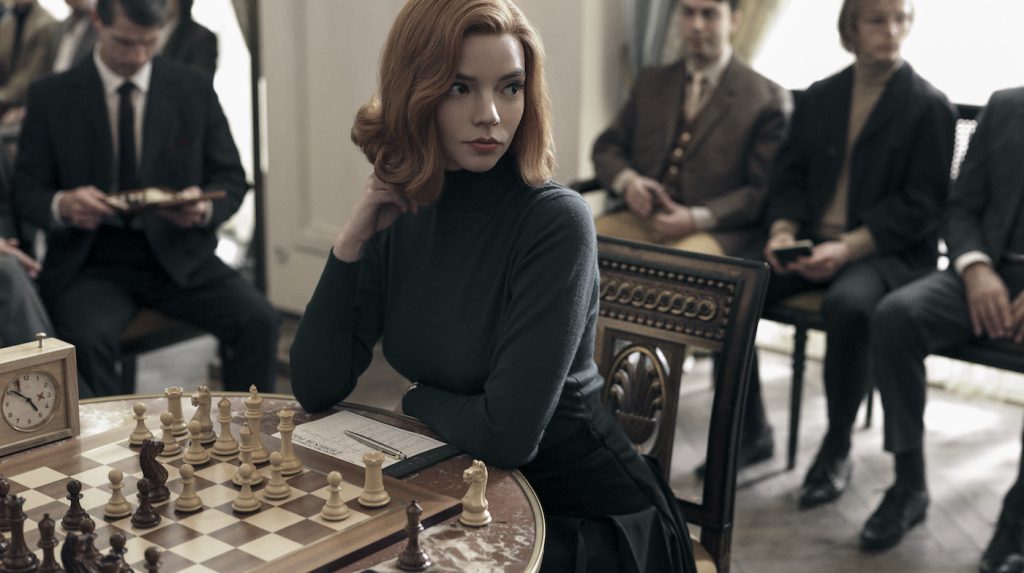 As we noted yesterday there is a ton of good stuff coming to Netflix in October. One of those titles is The Queen’s Gambit, a new limited series drama based on Walter Tevis’s novel of the same name. Anya Taylor-Joy stars as Beth Harmon, a chess prodigy who wades into the male-dominated competitive chess world with her immense, undeniable gifts.

Beth’s journey into the world of competitive chess begins at an orphanage in Kentucky, where her chess skills flourish alongside her addiction to tranquilizers (provided by the state as a sedative for kids). Once Beth enters the world of competitive chess, her path is beset by the rank sexism she faces, but also by her lifelong struggles with addiction and mental illness. The better she gets on the chessboard, the more isolated and lost she feels.

Check out the trailer below. The Queen’s Gambit is due to premiere on Netflix on October 23.

Based on the novel by Walter Tevis, the Netflix limited series drama THE QUEEN’S GAMBIT is a coming-of-age story that explores the true cost of genius. Abandoned and entrusted to a Kentucky orphanage in the late 1950s, a young Beth Harmon (Anya Taylor-Joy) discovers an astonishing talent for chess while developing an addiction to tranquilizers provided by the state as a sedative for the children. Haunted by her personal demons and fueled by a cocktail of narcotics and obsession, Beth transforms into an impressively skilled and glamorous outcast while determined to conquer the traditional boundaries established in the male-dominated world of competitive chess. The series is directed and written by two-time Academy Award nominee Scott Frank and executive produced by Frank, William Horberg and Allan Scott, who also co-created the series. THE QUEEN’S GAMBIT stars Anya Taylor-Joy, Marielle Heller, Thomas Brodie-Sangster, Moses Ingram, Harry Melling and Bill Camp.