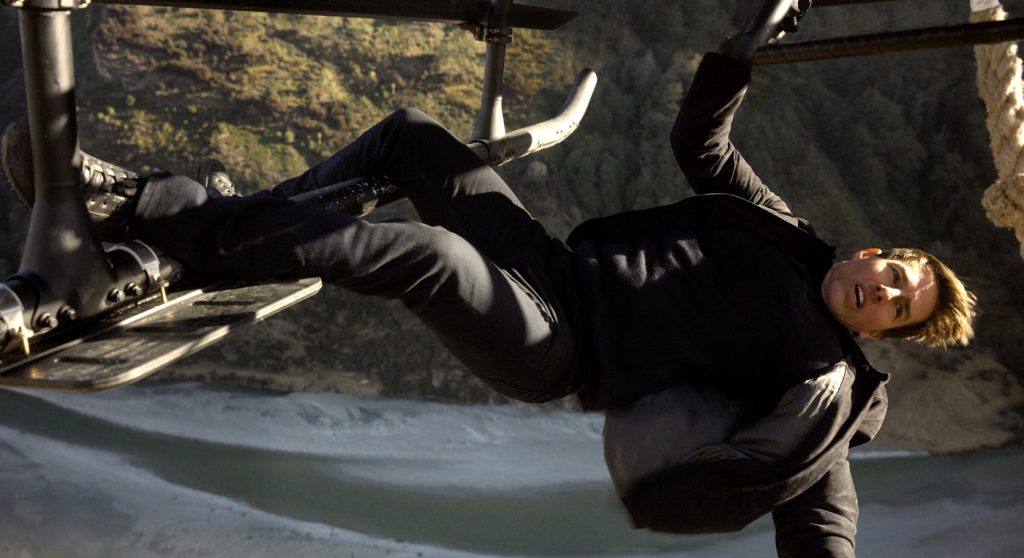 While The Batman has had to suspend filming in England due to star Robert Pattinson contracting the coronavirus, filming has gotten back underway on another massive franchise. Mission: Impossible – 7 has returned to production after shutting down in late March due to the spread of COVID-19. We know the 7th film in the second-most pedigreed spy franchise (behind the ongoing James Bond saga, of course) is back to filming thanks to writer/director Christopher McQuarrie, who took to Instagram to share this epic photo.

A post shared by Christopher McQuarrie (@christophermcquarrie) on Sep 6, 2020 at 9:14am PDT

The shot of this very long ramp is a reminder that Mission: Impossible does have a credible claim for being the franchise with the absolute craziest stunts in the entire industry. As breathtaking as what you see in a given Bond film are, as bananas as the Fast & Furious films get, the Tom Cruise-led Impossible films are always outdoing themselves and everyone else in the stunt department.  The Light the Fuse Podcast on Twitter shared the details about this stunt, in which Cruise, a motorcycle, and this insane ramp make for one of the film’s new jaw-droppers:

Back in June, first assistant director Tommy Gormely told BBC Radio 4’s Today that the British Film Commission guidelines are “excellent” and that despite the major challenges of pulling off a huge film with a giant crew, this was a mission they could succeed in if they break down each procedure required very carefully.

“If we have the protocols in place and we break down all the procedures very carefully…we will get it going again,” Gormely told Today. “Some things are very challenging such as stunt scenes, crowd scenes, etcetera, but we can’t do a Mission: Impossible movie and not have a fight scene or car scenes in it.”

Clearly, they’ve found a way to get back into action. It will be a while until we get a proper teaser or trailer for the film. What we do know for certain is that Mission: Impossible – 7 is due in theaters on November 19, 2021.