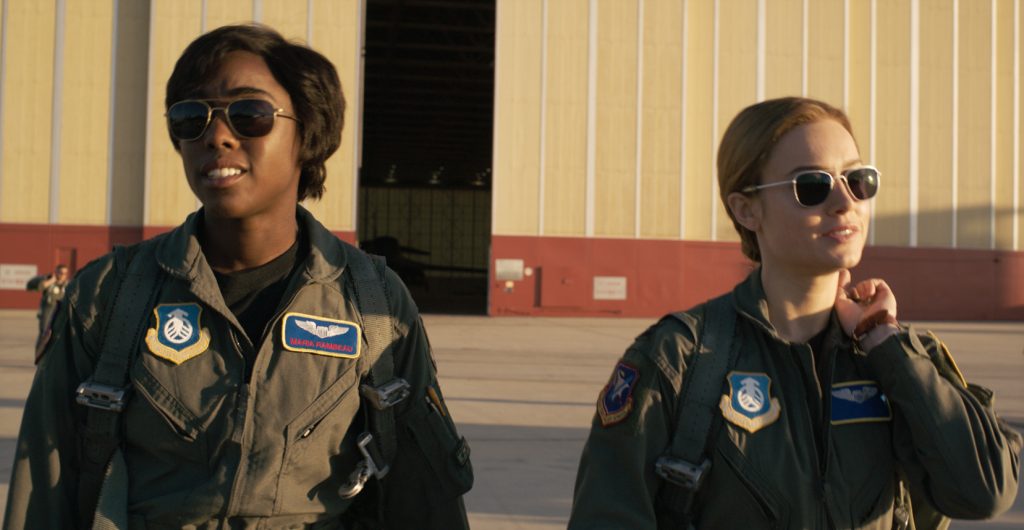 The Intriguing Possibilities For “Captain Marvel 2” With Nia DaCosta Directing

The news that Little Woods and Candyman writer/director Nia DaCosta will be helming Captain Marvel 2 was that rare occurrence of receiving a piece of purely joyous information. For admirers of DaCosta—that list is long and growing—her nabbing the job means that the sky (and cosmos) is the limit for where Marvel’s most potent superhero might go next. Yet savvy fans of the Captain Marvel franchise, both within the MCU and especially those familiar with writer Kelly Sue DeConnick’s beloved run in the comics, have an idea of where DaCosta might be taking the half-Kree superhero.

As Richard Newby writes in a must-read piece for Captain Marvel fans in The Hollywood Reporter, DaCosta’s unique storytelling gifts and perspective as Marvel’s first Black female director perfectly position her to take on Captain Marvel 2, as it will likely deal with the fallout from Carol Danvers (Brie Larson) leaving Earth and those, specifically one aspiring pilot, she left behind. The sequel is being written by WandaVision story editor Megan McDonnell. As Newby points out, we already know that WandaVision will feature the return of Monica Rambeau (now an adult and played by Teyonah Parris, who also stars in DaCosta’s Candyman), who we last saw as a child in Anna Boden and Ryan Fleck’s Captain Marvel.

In Captain Marvel, Monica (played by Akira Akbar) was the daughter of Carol’s best friend and fellow pilot Maria Rambeau (Lashana Lynch). Monica not only looked up to Carol—better known as Captain Marvel, of course—but she also intimated her own desire to become a world-class pilot like her mom and Carol. The relationship between Carol, Maria, and Monica was central to Captain Marvel, and will almost assuredly be explored further in the sequel.

It’s assumed that Teyonah Parris will have a big role to play in DaCosta’s Captain Marvel 2. She’s already making her debut in the MCU on WandaVision, she has a working relationship with DaCosta, and, the groundwork for her character becoming a superhero in her own right has already been laid by Kelly Sue DeConnick’s aforementioned “Captain Marvel” comic run.

One possibility DaCosta could explore is how Carol’s decision to leave Earth at the end of Avengers: Endgame affects not only the planet but Monica herself. Now that Monica is an adult living in contemporary America, she’ll have her own opinions on Carol’s choice to leave a planet so clearly in need of her powers. As Newby points out, there are fascinating possibilities here between Monica and Carol, the former a Black woman living in an unjust world that the white (half-Kree, sure, but still) Carol is able to simply leave whenever she wants.

Challenging Carol’s decision to leave, creating tension between two characters who love each other but are operating from different planets (both figuratively and literally), and exploring both race and womanhood in America today—all of this is rich material for DaCosta to explore. “DaCosta has a lens into this universe that no other Marvel director before her has had,” Newby writes, “and given Brie Larson’s commitment to lifting up the voices of Black women, Captain Marvel 2 has a chance to explore a subject that no other superhero movie has been able to do before.”

It should go without saying, but it must repeatedly be said—representation matters. With DaCosta at the helm of Captain Marvel 2, we’ll benefit hugely from seeing how much it matters and much more interesting and expansive the stories we tell become.