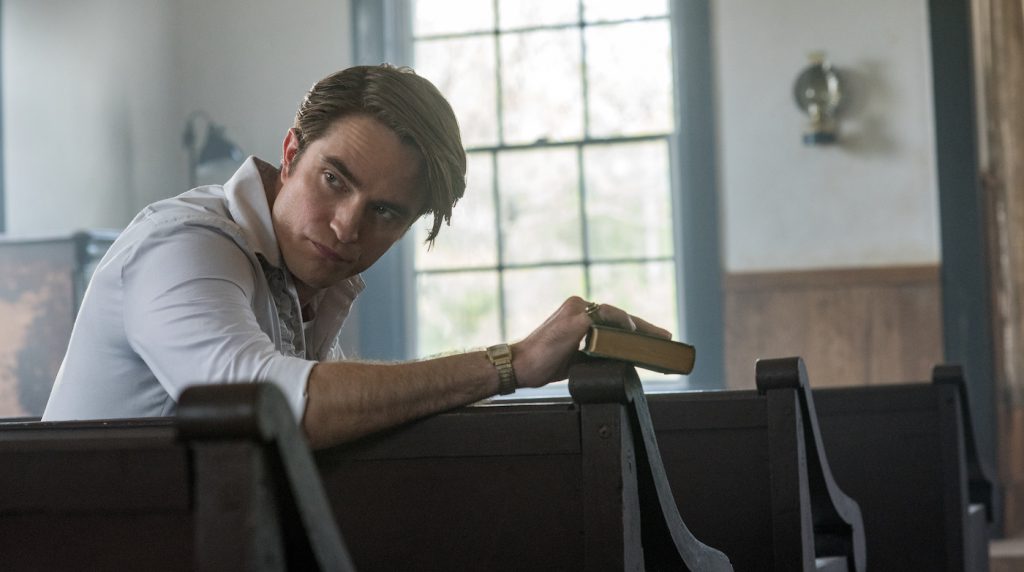 It’s Tom Holland vs. Robert Pattinson in First “The Devil All The Time” Trailer

The first trailer for director Antonio Campos’ The Devil All The Time builds to a feverish climax, like a great oratory from a preacher, if you will. The film, based on Donald Ray Pollock’s 2011 novel of the same name, tracks Arvin Russell (Tom Holland), a decent young man living in Knockemstiff, Ohio in the decades following World War II. Knockemstiff is the type of place that preys on decency, and Arvin is more or less surrounded by predators.

Holland’s surrounded by a killer cast, notably Robert Pattinson as the sinister preacher Preston Teagardin, Jason Clarke, and Riley Keough as the twisted couple Carl and Sandy, and Sebastien Stan as the crooked cop Lee Bodecker. Holland is venturing way, way outside the MCU on this one.

Holland’s Arvin Russell has lost both his parents (Bill Skarsgård and Haley Bennett) and The Devil All The Time follows Arvin’s attempt to make it a changing world in a place that doesn’t seem to want to change at all. Campos adapted the book with this brother Paulo Campos, and the trailer paints a vivid portrait of a specific time and place, with quality actors getting to take a big bite out of a period piece thriller, which is usually a joy for such skilled performers.

Here’s the first trailer for The Devil All the Time. The film will be released on September 16th on Netflix.

In Knockemstiff, Ohio and its neighboring backwoods, sinister characters — an unholy preacher (Robert Pattinson), twisted couple (Jason Clarke and Riley Keough), and crooked sheriff (Sebastian Stan) — converge around young Arvin Russell (Tom Holland) as he fights the evil forces that threaten him and his family. Spanning the time between World War II and the Vietnam war, director Antonio Campos’ THE DEVIL ALL THE TIME renders a seductive and horrific landscape that pits the just against the corrupted. Co-starring Bill Skarsgård, Mia Wasikowska, Harry Melling, Haley Bennett, and Pokey LaFarge, this suspenseful, finely-woven tale is adapted from Donald Ray Pollock’s award-winning novel.

TAGSNetflix The Devil All The Time