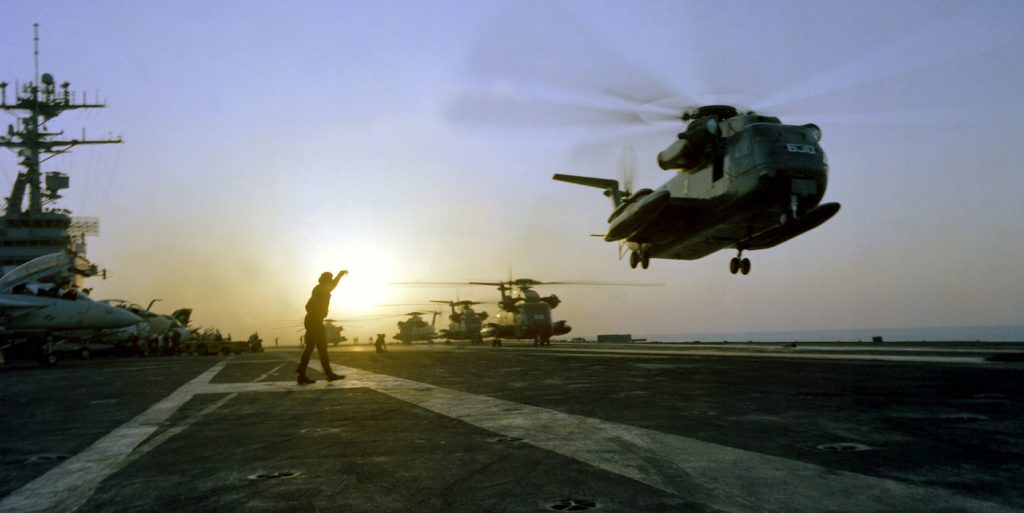 Documentary filmmaker Barbara Kopple’s films have tackled subjects ranging from labor strikes in her landmark Oscar-winners Harlan County, USA (1976) and American Dream (1990) to a feminist portrait of the Dixie Chicks in Shut Up and Sing (2006). After a groundbreaking, fifty-plus year career, she’s now made the action/adventure/war documentary Desert One, about the top-secret, dangerous mission by US special forces in 1980 to rescue 52 American hostages held in Iran.

“I wanted to get to know the men—I call them heroes—those willing to give up their lives to free the hostages. I also wanted to get inside the presidential White House group. There was no way I wasn’t going to do [the film],” says Kopple about why she was drawn to the project which was produced by the History Channel. (Click here to find out how to watch it.)

“The mission was classified so there was no photography whatsoever; there was radio silence. So we had to be creative and figure out how to tell the story,” she says. “We pieced it together through archival footage and animation. We did everything we could to make it authentic and make it into a thriller and allow you to get to know the men and what they care about and how they have each other’s backs. It was so rich for me; I was happy and honored to do it.”

Desert One, which started streaming August 21, uses fascinating archival footage to trace the events that led to the crisis. In 1953, the United States orchestrated a coup to replace the democratically elected Iranian Prime Minister Mohammad Mosaddegh with Mohammad Reza Pahlavi, the shah, who proved to be a brutal dictator. An uprising forced the shah to flee Iran in 1979 and take refuge in the US, making way for the return of exiled cleric Ayatollah Khomeini. On November 4, 1979, student demonstrators seized the US embassy in Tehran and took 52 diplomats and citizens hostage. They wound up being held captive for 444 days. President Jimmy Carter for months attempted to use diplomacy to negotiate their release; when this failed, he secretly green-lighted a risky rescue mission by America’s Special Forces. But several unexpected factors turned the covert mission into a disaster that cost the lives of eight servicemen and contributed to Carter losing the 1980 presidential election to Ronald Reagan.

President Carter assumed full responsibility for the catastrophe but has rarely spoken about the failed mission in the 40 years since. Kopple’s on-camera interview is a revelation.

“It was not an easy task to get President Carter. It took three months of calling the Carter Center every day,” she says. When she finally got the interview, there were strict parameters. “I had 20 minutes. They gave me the particulars. It was on February 14, Valentine’s Day, so I went and found the best chocolates I could to bring to the president. I had been in South Sudan filming women who’d been freed [from slavery] in the North and a friend of mine, Kate Taylor, taught them how to bead [with] red crystal beads. So I gave the First Lady a red heart made by women of South Sudan for her gift.”

“I had so many questions for President Carter but I knew they’d be strict on time,” she continued. “My most important question to ask was how he felt when he learned people had died in this mission. He said, ‘My Dad died when I was young and it broke my heart and I never thought I’d have those feelings again. When I found out about these men, it was the same feeling again.’ It gave me chills. What an honor to be with him. This is the one thing he hardly talks about at all and what gives him the most pain.”

Kopple insisted her film include what was happening in Iran and how the Iranians perceived the hostage-taking. Besides President Carter, Vice President Walter Mondale, journalist Ted Koppel, former hostages, and many of the surviving military men who participated in the mission, Kopple’s team interviewed Iranian student revolutionaries who orchestrated the take-over of the American Embassy in Tehran.

“I didn’t want to get [only] one point of view. You always learn so much more, and it’s richer and more complex, to have an understanding of everyone, a full picture,” says Kopple. “I did not film in Iran. We had an Iranian crew, all women, and they were sensational, smart. We talked on the phone every couple of weeks and they told me who they were getting and what was happening.” The government of Iran, she says, “did their vetting and somehow we got through. A lot of the people we interviewed were selected for us; we were not free to do whatever we wanted to do.”

One of the most illuminating interviews in the film is an Iranian man who as an 11-year-old became an eyewitness to the catastrophe in the remote desert where the mission was secretly underway. The bus on which he was traveling with his family unexpectedly encountered the disabled American helicopter and was detained by American soldiers. It was just one of a series of unexpected developments that doomed the rescue plan.

“The crew was in a village asking if anyone knew about this mission, if anyone was still around, and they sent them to [the man’s] house,” says Kopple. “He was so brilliant as an eyewitness because it was almost like he was reliving it through the eyes of an 11-year-old, still. The most wonderful part is that the reason he wanted to live through [the frightening episode] was to tell his friends at school what he went through. For me, it’s one of the highlights of the film.”

One may think a fact-based action thriller that bears similarities to Kathryn Bigelow’s Zero Dark Thirty (2012) is a departure for Kopple. But Desert One fits with her vast body of work.

In 1972, she was part of a collective that made Winter Soldier about anti-war Vietnam vets. Shelter (2015) “is about veterans from Iraq and Vietnam who are homeless,” says Kopple. “A great friend of mine, Dave Morris, who did the music for Harlan County was a homeless vet who was going around and singing songs for people, trying to help them feel better. For me, it’s all about the people and their stories. I feel so blessed and honored to be able to do it.”