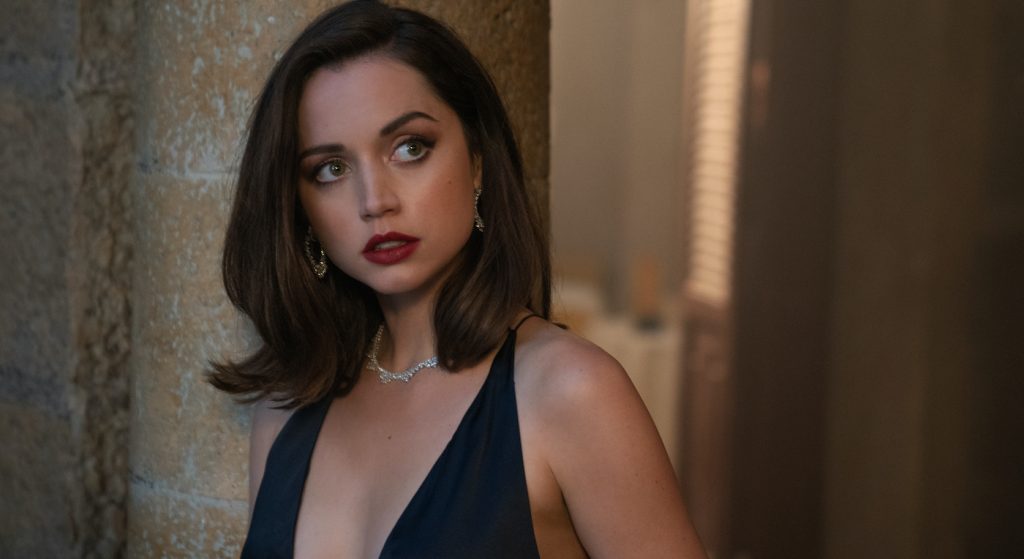 No Time to Die: How Cary Fukunaga & Phoebe Waller-Bridge Crafted a Role for Ana de Armas

There are so many reasons to be excited about No Time to Die. It’s the last time we’ll get to see Daniel Craig as her Majesty’s most lethal super-spy, James Bond. The cast and crew surrounding Craig are phenomenally talented. Co-writer and director Cary Joji Fukunaga works from a script he wrote with Neal Purvis, Robert Wade, Scott Z. Burns, and Emmy-winner Phoebe Waller-Bridge.

That writing team brought back some of Bond’s old allies, like Madeleine Swann (Léa Seydoux) and Jeffrey Wright’s CIA agent Felix Leiter. There are old enemies returning, too; Christoph Waltz’s Blofeld has a part to play here.

Yet it’s the new faces that intrigue even more. Rami Malek’s villain Safin, who has burn marks (we think) covering most of his face, and Latasha Lynch’s new agent Nomi, who looks like she could be every bit as effective as Bond is at getting things done. Then there’s Ana de Armas’s Paloma, who will figure into the plot when the action moves to Cuba. Armas is a rising star, and it’s exciting to hear that her role in No Time to Die was crafted just for her. In a new profile in Vanity Fair, we learn that Armas was brought onto the 25th Bond film by Fukunaga just about as soon as he was hired.

Armas has been dynamite in recent roles, including Dennis Villeneuve’s Blade Runner 2049 in 2017, and especially in Rian Johnson’s cracker-jacker whodunit Knives Out last year. Yet when she was approached about joining the Bond franchise, although excited she was also initially hesitant. Bond women have come a long way in recent installments, but historically they’re known for leaping into bed with James—when they aren’t trying to kill him.

“Obviously I was jumping all over the place and very excited,” she told Vanity Fair. “But I needed to be sure it wouldn’t jeopardize all the work I’d been putting in, that it wouldn’t ruin everything. And the Bond women have always been, for me at least, unrelatable.”

Little is known about Armas’ character Paloma, save for the fact that she’s a CIA agent, which means she likely works with Jeffrey Wright’s Felix Leiter. We also know that the super talented Phoebe Waller-Bridge was brought on to do a pass on the script. It was Waller-Bridge’s work that Armas says helped really round out her character.

“You could also tell that Phoebe was in there. There was that humor and spikiness so specific to her,” Armas told VF. “My character feels like a real woman. But you know, we can evolve and grow and incorporate reality, but Bond is a fantasy. In the end, you can’t take things out of where they live.”

We’ll know soon enough just what kind of role Armas has, and what kind of world she’s living in, when No Time to Die hits theaters on April 10th.