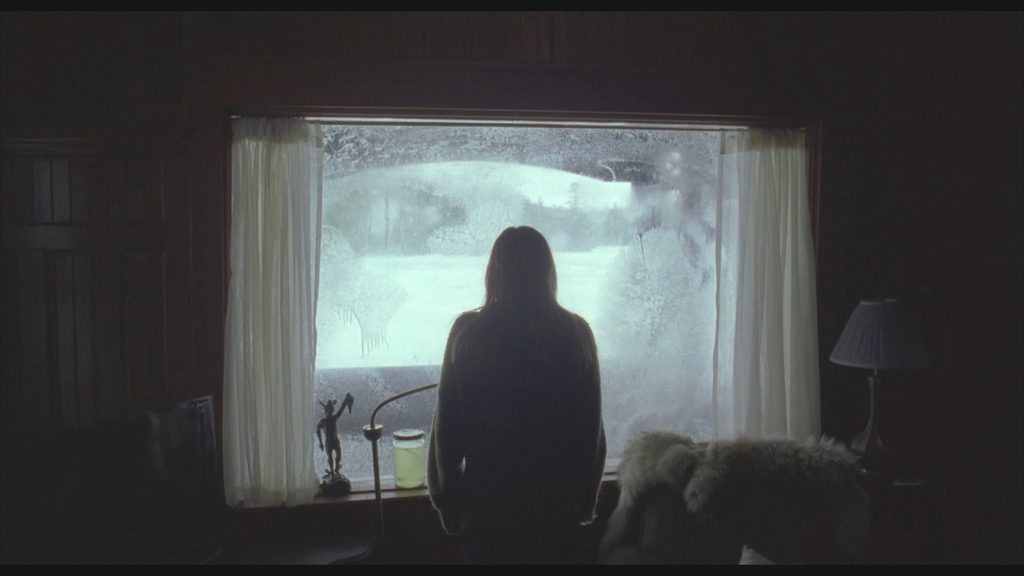 The Austrian aunt and nephew directorial duo Veronika Franz and Severin Fiala shocked even the most audacious horror buffs with their 2015 debut feature, Goodnight Mommy, which was chillingly austere before it ramped up to an unforgettably gruesome twist. Their follow-up, The Lodge (it premiered this past February 7), stays unsettling for its entire runtime; here, the two bring the European sensibility that marked their first film to a bigger American cast. Riley Keough stars as a despised stepmom-to-be with a sinister cult past who has been left to take care of her boyfriend’s two children (Jaeden Martell, Lia McHugh) in their family’s isolated lodge. Nothing can go wrong, right?

Just like with Goodnight Mommy, Franz and Fiala play around with shifts in perspective, until it becomes difficult to root for or antagonize any single character. The filmmakers spoke to The Credits about the serendipitously perfect casting, their fascination with creepy children, and their family’s reaction to their films.

I saw you two do a Q&A for Goodnight Mommy and you were so funny, after such a shocking film.

I still have the mask from Goodnight Mommy. Is there any kind of merch for this one?

Veronika Franz: We hope so! We suggested duct tape.

Right, you have to watch with your mouth taped the whole time. You can’t talk or eat snacks.

You brought that same chilling European sensibility here. Did you always want to work with a bigger American cast eventually?

Franz: Actually, it was never a career plan to make the next film in the States. After the success of Goodnight Mommy, we planned on a period piece, which takes place in Germany. It was a bit difficult to get it financed because it’s a historic film. While we were kind of working on that we got this Hammer Film Production script and we liked it very much.

Fiala: We love Hammer and we saw an opportunity to bring what you said, a European sensibility, to a classic script. We knew it would be hard to shoot in sequence but we fought for that a lot. We fought to shoot an extra location and not in the studio. We fought to shoot exteriors and interiors in the same place and in a real house. In order to preserve what we have, we also wanted to bring in a European cinematographer (Thimios Bakatakis).

Franz: We’re so thankful for the cast. In Austria, you also have a handful of good film actors, but not as many. I’ve talked to some famous directors and they told me, “If the actors are good, I would kneel down and say thank you.” I’ve never experienced that until The Lodge.

I already love Riley Keough but the children actually blew me away. Jaeden Martell is going to be huge.

Fiala: We always thought of him but he didn’t want to do another horror movie after It. We know the director and the producer from It, so we asked them to help us. Then we managed to have him agree to a Skype session.

Franz: We had 20 minutes so we went into a crazy monologue. Afterward, we were like, “We f**ked it up, he thinks we are crazy.”

Fiala: Turns out he likes crazy!

Lia McHugh, who plays the little sister—I’ve never seen anyone cry like that before.

Franz: That was exactly why we were blown away.

Fiala: She can actually cry at any time. At the same time, she has this crazy energy and is so much fun to hang around. We felt this would be a really good match with Jaeden because he is rather introverted and she’s like a little devil.

Franz: We are proud because she’s now in the next Marvel movie, The Eternals.

Veronika, as his aunt you’ve obviously known Severin since he was a child…and you make a lot of creepy kid films. Let’s psychologically unpack that.

Franz: Yeah, because he was a creepy kid! Actually he was a very nice boy. He was like 12 or 13 years old when I got to know him.

Fiala: I think there’s a lot of autobiographical stuff but it doesn’t go back to the time when we go to know each other. We like to think about this as a horror film without any monsters. I think the monsters are in all of us, and we all have the potential to be evil or do good things. It always has to do with the circumstances.

Especially in this film. I can’t really pinpoint a villain, except maybe the cult father. There’s a nice shift in perspective that I enjoyed too.

Franz: You can’t find the villain, because it’s also a family drama.

Fiala: When we read the script, the first version was really playful. I think we took that even further because we sometimes were very much in the heads of the characters. The whole thing should feel like walking on thin ice and never knowing if and when you’re going to break.

Franz: We also have the perspective of the absent mother in the house, because the house itself is almost like a character. We did wide-angle shots from above like someone is watching them. So it’s actually a real ghost house.

Is there any religious background in your family?

Fiala: In Austria, everyone’s kind of raised Catholic or Christian. We took parts of that. The movie is more about religion gone wrong or too far in a way that threatens people.

The cabin in the woods is a common horror trope. How did you differentiate this film?

Franz: We like to open spaces up in the movie to the audience so that they can fill it with their own fears or thoughts. For that, you cannot use music which tells you how to feel and when to feel scared. You need silence. We also like to raise questions.

Did it ever get too dark on set while shooting this? If they filled those spaces too much?

Franz: Riley actually said she usually only has to play one of those crazy scenes. On ours, she had to do all of them.

And her real father plays the cult priest!

Franz: It was a coincidence actually because we couldn’t find an actor for this role. During a break, she FaceTimed her father and turned her phone around. He was perfect for the part. He had this weird hair. He looked exactly as it shows in the movie.

Fiala: And he has a background in cults. He grew up in something like that. But it was a rather joyful atmosphere on set with the children. We felt we needed to protect Lia, but she proved us wrong. She came to the first meeting and said, “I watched Goodnight Mommy. It was cool.” She was, like, 12.

Franz: But she said The Lodge was the scariest movie she has ever seen, even though she starred in it! They were really well-prepared, though. Two weeks before the shoot, we asked the children to improvise as siblings and talk about their film mother. They did that for half an hour without any mistake.

It was so strange to see Alicia Silverstone in this role. And her scene was the one rare instance of a jump scare I think.

Fiala: I think she’s a bit fed up with the really big movies she did. She was proud to do Yorgos Lanthimos’s Killing of a Sacred Deer. She told us those are the movies she’s been wanting to make.

Do your family members come out to see your movies? What do they think?

Fiala: My mother watched Goodnight Mommy several times and she thinks the mom gets what she deserves. She also liked The Lodge.

Franz: After Goodnight Mommy, my mom was like, “Did I do something wrong?” But she said, “I’m very proud.”

Featured image: Riley Keough appears in ‘The Lodge,’ by Veronika Franz and Severin Fiala, an official selection of the Midnight program at the 2019 Sundance Film Festival. Courtesy of Sundance Institute | photo by Thimios Bakatakis.