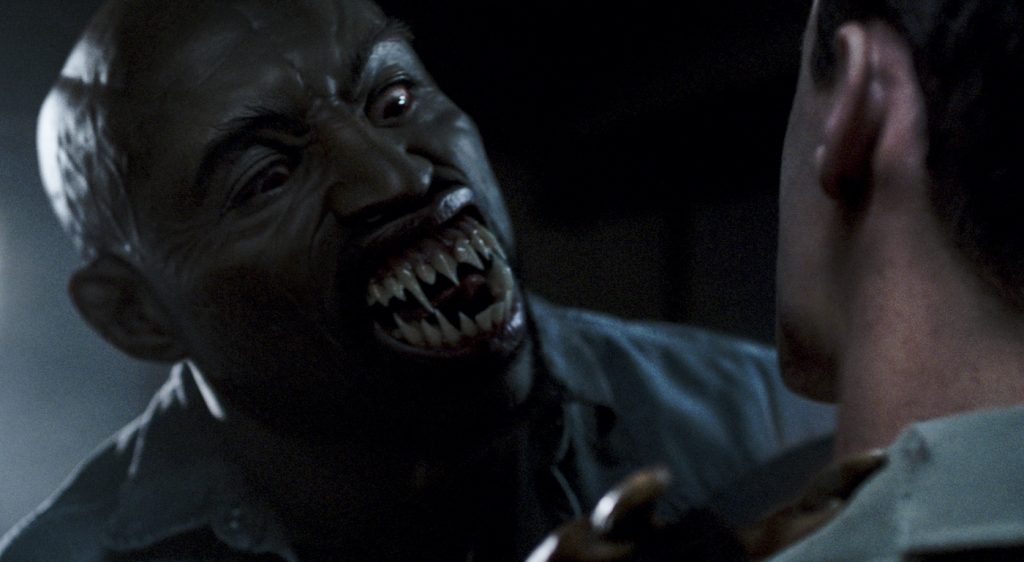 There are no Edward Cullens or Eric Northmans here. For those of us who came of age during Twilight, a vampire is a dashing, pale eternal teenager who likes to brood and fight with hot-tempered werewolves—see Robert Pattinson’s Edward Cullen.  If you were more of a True Blood girl, then sure, your vampires were vicious, but they still looked like Alexander Skarsgård’s Eric Northman or Evan Rachel Wood‘s Sophie-Anne Leclerq. The vampires in Netflix’s upcoming V Wars are a far cry from those dashing bloodsuckers, and that’s because their state-of-being is caused by disease.

Ian Somerhalder, who knows a thing or two about vampires (he starred in The Vampire Diaries for years) is Dr. Luther Swann, a scientist who watches his best friend Michael (Adrian Holmes) become a vampire-like monster who feeds on people. Yikes. This disease begins to spread, turning more people into these monsters and turning those not afflicted by the disease into a panicked, terrified mob. Swann is trying desperately to figure out what’s happening and why so that he can stop the spread of the disease. Meanwhile, his old pal Michael is becoming the leader of this new “vampire” legion. Let the V Wars begin.

Check out the new trailer here. V Wars premieres on Netflix on December 5, 2019.

Dr. Luther Swann (Ian Somerhalder) enters a world of untold horror when a mysterious disease transforms his best friend, Michael Fayne (Adrian Holmes), into a murderous predator who feeds on other humans. As the disease spreads and more people are transformed, society fractures into opposing camps pitting normal people against the growing number of these “vampires.” Swann races against time to understand what’s happening, while Fayne rises to become the powerful underground leader of the vampires.