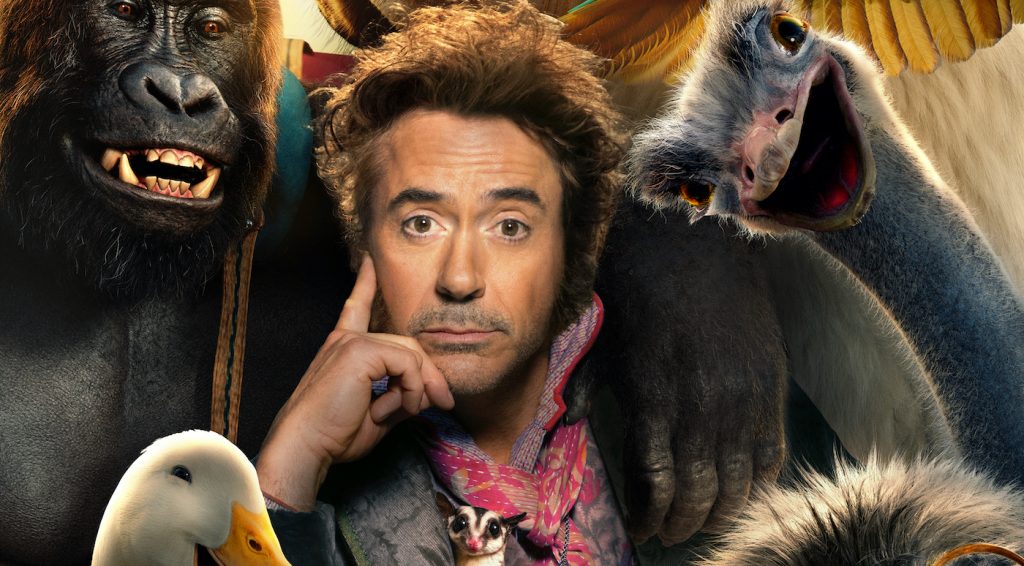 Here’s the First Trailer for Robert Downey Jr. as Dolittle

Robert Downey Jr. is back in his first major role since he hung up the arc reactor as Tony Stark in Avengers: Endgame. Downey stars in the upcoming Dolittle, from co-writer and director Stephen Gaghan, as the man who could talk to animals. Dolittle is actually Downey’s first non-Marvel role since he starred in The Judge in 2014 (!!), and the first trailer reveals our first look yet at this reimagining of the classic story. Come for Downey’s Victorian England accent, stay for the moment he dunks his head into an aquarium to talk to a squid.

Downey’s good Doctor Dolittle is going on a perilous journey across land and sea to find a cure for a young Queen Victoria (Jessie Buckley). Of course, this being Dr. Dolittle, he needs to bring all his animals with him. That means making the sea voyage are a polar bear, a gorilla, and countless other critters as Dolittle and little Victoria range far and wide. Things take a turn for the worse when their ship is attacked and Dolittle ends up chained, in a dungeon, and is set to be served up as lunch for a hungry tiger.

The story of the doctor who could talk to animals has been adapted before, of course, with Eddie Murphy most famously taking on the role. Thanks to our ever-improving visual effects, animals talking, while looking photo-realistically like actual polar bears and apes, is now par for the course. Dolittle has been in the works for quite a long time—since 2017 to be exact. Now that we’ve got a glimpse of the first trailer, you’ll see that a lot went into the making of this latest iteration of the doctor’s heroics.

After losing his wife seven years earlier, the eccentric Dr. John Dolittle (Downey), famed doctor and veterinarian of Queen Victoria’s England, hermits himself away behind the high walls of Dolittle Manor with only his menagerie of exotic animals for company. But when the young queen (Jessie Buckley, Wild Rose) falls gravely ill, a reluctant Dolittle is forced to set sail on an epic adventure to a mythical island in search of a cure, regaining his wit and courage as he crosses old adversaries and discovers wondrous creatures.

The doctor is joined on his quest by a young, self-appointed apprentice (Dunkirk’s Harry Collett) and a raucous coterie of animal friends, including an anxious gorilla (Oscar® winner Rami Malek), an enthusiastic but bird-brained duck (Oscar® winner Octavia Spencer), a bickering duo of a cynical ostrich (The Big Sick’s Kumail Nanjiani) and an upbeat polar bear (John Cena, Bumblebee) and a headstrong parrot (Oscar® winner Emma Thompson), who serves as Dolittle’s most trusted advisor and confidante.