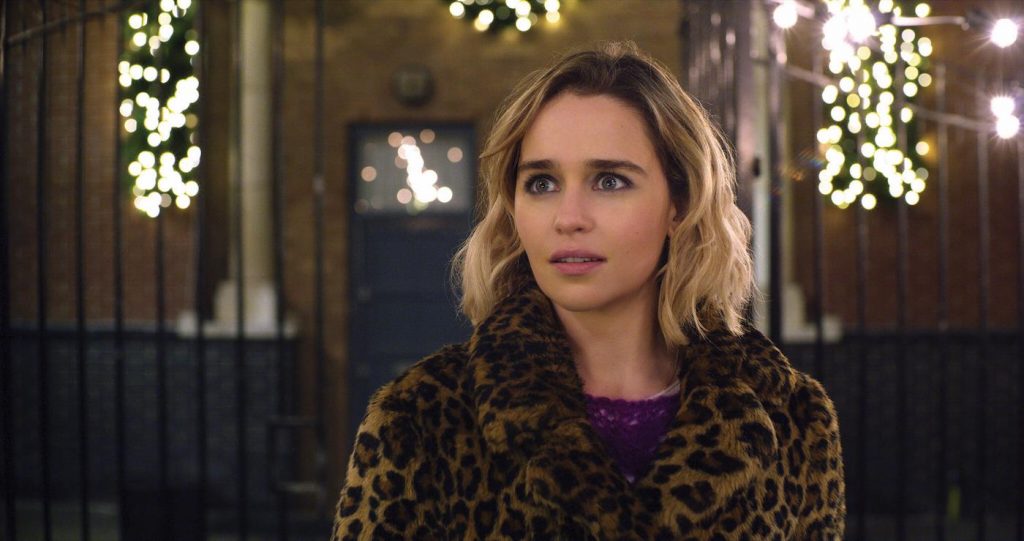 Emilia Clarke didn’t have many chances to flex her comedy muscles during her long run on Game of Thrones. As Daenerys Targaryen, Clarke was asked to be aggressively serious for 8 seasons as Dany plotted her epic, tortuous journey to the Iron Throne. That’s not the case in Paul Feig‘s comedy Last Christmas, in which Clarke stars as Kate, a young woman described as a “bundle of bad decisions” who works as an elf in a year-round Christmas shop. Can you think of how insane working in a year-round Christmas shop would make you? Now add to that the requirement that you wear shoes with bells on them because again, you’re an elf. Madness! Then something magical happens—Tom (Henry Golding) walks into her life—and then a falcon poops on her. Yup, Daenerys Targaryen this is not.

The first trailer for Last Christmas proves that Clarke can do comedy, and her natural effervescence is a potent wellspring from which to create a proper comedy heroine. What’s more, the film is directed by the very talented Feig and was scripted by Bryony Kimmings and Clarke’s co-star, the great Emma Thompson, who plays her mom. What’s even more, the soundtrack for this Christmas-timed rom-com comes courtesy the late George Michael. Not only that, but Last Christmas even includes new unreleased material from Michael. These are great ingredients, folks!

Matching Clarke with Crazy Rich Asians‘ star Henry Golding feels like a stroke of genius. We’ve been bereft of proper romantic comedies for a while now, so the talent involved in Last Christmas is very encouraging. The first trailer is certainly as sweet and spiky as a glass of good, strong egg nog.

We’ve got the Last Christmas trailer embedded for your viewing pleasure. The film also stars Michelle Yeoh and Patti LuPone and opens on November 8th.