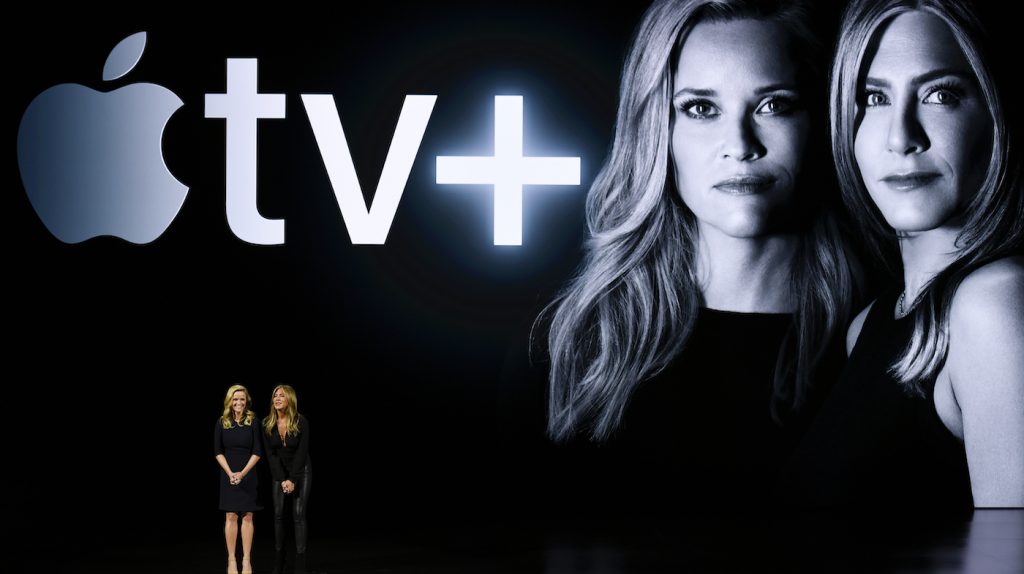 We’ve finally got our first look at Apple TV’s star-studded upcoming series The Morning Show, and we’re eager to see more. Starring Jennifer Aniston, Reese Witherspoon, and Steve Carrell (how’s that for a lineup?), The Morning Show gives us an inside look at the brutally cutthroat world of morning TV, and what happens when a co-anchor on a popular morning show (Carrell’s Mitch Kessler) is fired in the wake of a scandal. Apple TV+ has released the official trailer for The Morning Show, and as far as first looks go, this is an extremely promising debut.

In the wake of the scandal (left unexplained here), Carrell’s Mitch Kessler and his former co-host Alex Levy (Aniston) see their lives upended. Kessler smashes his TV screen when his former co-host tells the world he’s been fired. Meanwhile, the studio, led by slick executive Cory Ellison (Billy Crudup) wants to use the scandal as a chance for a total “rebirth” of the show. He’s eyeing a for a fresh face, and that face belongs to Witherspoon’s reporter Bradley Jackson.

The Morning Show‘s able showrunner is Kerry Ehrin (Bates Motel, Friday Night Lights), and everything about the production, from the cast to look and feel from this first glimpse, seems top rate. As Apple TV enters the original programming realm, The Morning Show seems like a very sensible first step, with proven talents and a juicy premise. The show also boasts a great trio of directors for the first season—Mimi Leder (On The Basis of Sex), David Frankel (The Devil Wears Prada), and Lynn Shelton (Glow).

Take a look at the first trailer here:

What happens when the people you trust to tell the truth prove themselves to be dishonest? The Morning Show follows the free fall of an early morning newscast in the wake of a scandal, and its struggle to survive in an era when news arrives in the palm of your hand.