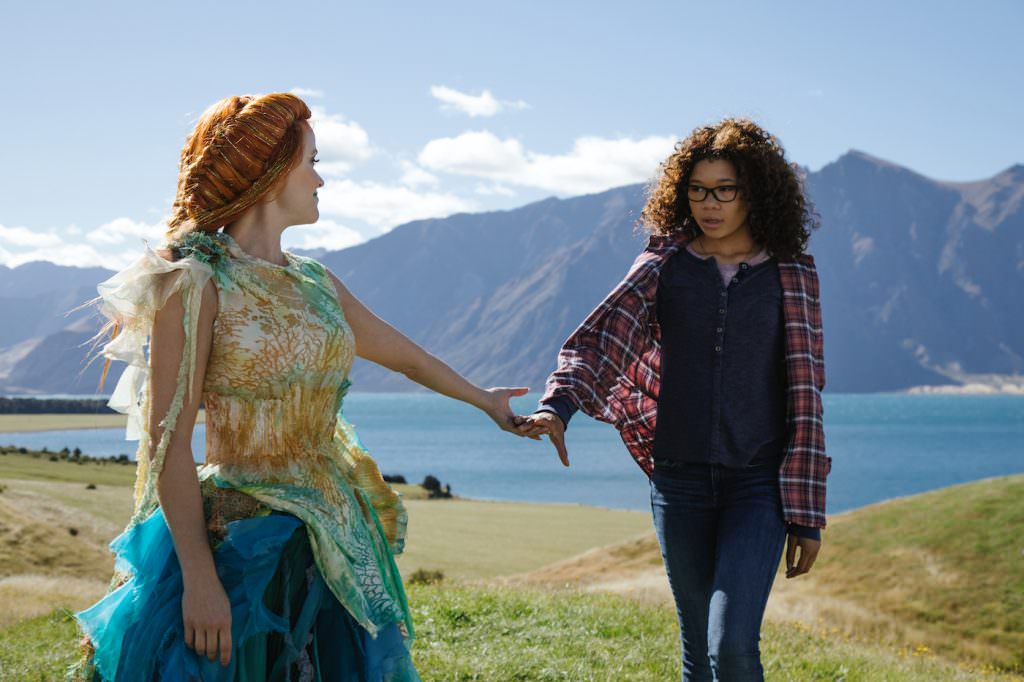 In the clip Meg’s genius younger brother, Charles Wallace, explains to his mother and sister that he found her “stealing sheets,” which explains the white “dress” she is wearing—we already experienced some fashion envy when we caught a glimpse of Mrs. Whatsit in the first trailer, but only Reese Witherspoon could pull off a dress made out of white sheets. When Meg foolishly calls her Mrs. Who (Mindy Kaling), Witherspoon patiently explains that she is Mrs. Whatsit, Mrs. Who is “like a billion years older,” making her the youngest of the three spirits. Mrs. Which is played by Oprah Winfrey, making her the third member of the triumvirate who guide Meg on her journey; but we can’t help but wonder, how young can the youngest be when we are referring to ancient beings?

Though short, the clip allows fans a closer look at Mrs. Whatsit and her eccentric personality. She refers to Charles Wallace as “one of the greatest minds in recent history,” but the clip ends with her wise, almost cautionary statement: “But of course we can’t take any credit for our talents, it’s how we use them that counts.” What does Mrs. Whatsit have in store for our warriors? Only time will tell.

Fans can look forward to seeing more of Reese Witherspoon’s wonderfully quirky Mrs. Whatsit when the film is released in Theaters March 9. Tickets are on sale now!

Featured image: Reese Witherspoon is Mrs. Whatsit and Storm Reid is Meg Murry in Disney’s A WRINKLE IN TIME.