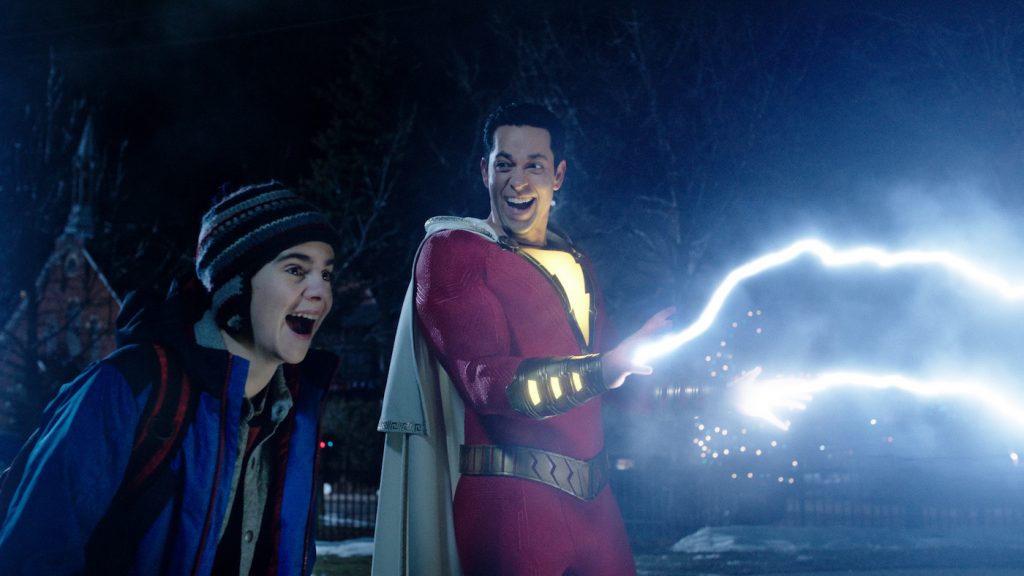 When Shazam! debuted this past April, it was evident that Warner Bros. had something sizzling with the lovable kid-turned-superhero story. David F. Sandberg’s film was a jolt (pun intended) of humor, heart, and excitement for Warner Bros. and their DCEU. The story centered on teenage foster kid Billy Batson’s (Asher Angel), whose transformation into the titular adult superhero delighted audiences and critics alike. Billy meets a mysterious wizard (Djimon Hounsou) who tells him all he needs to do is shout one word—SHAZAM!—to turn into the titular caped superhero (Zachary Levi). Voila!—Warner Bros. had a hit on their hands, and in short order Shazam! 2 was greenlit.

Shazam’s enemy in the film was Dr. Thaddeus Sivana (Mark Strong). Even though Shazam! was a far lighter affair than previous DC Films, Dr. Sivana was no slouch in the villain department. Yet we all know that there’s another, even more powerful villain waiting in the wings to take on Shazam—Dwayne Johnson’s Black Adam.

Now we know that Johnson’s Black Adam will be getting his own stand-alone film. This means that we likely won’t see Black Adam in Shazam! 2. This is why when asked about Shazam and Black Adam’s eventual throwdown (at Germany’s CCXP Cologne convention, h/t to Comicbook.com), Levi said he thinks it could happen in Shazam! 3.

“I can say that as far as I know, Black Adam is not going to be in the second Shazam! because the idea is that they want to go and do a standalone Black Adam movie first,” Levi said at the convention. “And then it would kind of be if we do a third Shazam! and a second Black Adam, kind of [parallel] like that, that’s where we would [meet].”

Folks are already excited about Dwayne Johnson as a superhero. Seeing him square off against the hugely likable Levi in Shazam 3! and in a role that’ll make him a villain (or anti-hero, possibly) is going to be worth the price of admisison alone.