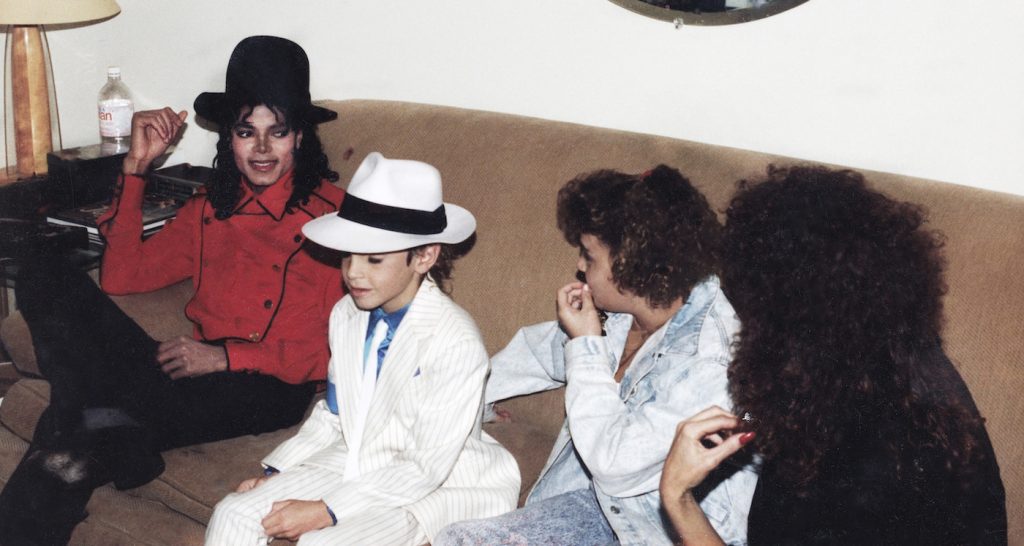 It’s sometimes hard to fathom the kind of pinnacle Michael Jackson reached. The King of Pop was a singular phenomenon without equal. His dominion was the entire planet. His star power was so colossal, his status as the greatest living entertainer so secure, it is not unreasonable to say no one will ever enjoy (if you can call it enjoyment) that level of fame again. His influence on artists far and wide is still being felt today. This was a different time and a different industry, before it was atomized by the Internet, instant fame, and streaming metrics. Jackson ruled supreme in a time when industry gatekeepers, like MTV, radio, and record store shelf space determined who was a star. His talent was colossal, and he came of age before there was a glut of music (often great, I might add) and streaming created an environment where listeners could target music that is insanely tailored to their tastes. In short, there will never be a star like Michael Jackson again, because there will never be an environment to support him.

All this to say that the reality of who Michael Jackson was has taken decades to set in. His stardom was such that even a string of devastating headlines, beginning in the 90s and carrying through 2005, didn’t seem to do much to his standing. Then came documentarian Dan Reed’s Leaving Neverland, which dropped on HBO earlier this year like a Megatron bomb. The two-part film chronicles how Jackson, at the very height of global stardom, began long-running relationships with two boys, aged seven and ten. As grown men, Wade Robson and James Safechuck, have gone on record to allege that Jackson sexually abused. The fallout on their lives has been catastrophic.

Before anyone knew Reed was working on this bombshell of a doc, composer Chad Hobson received a call.

“Dan called me and said, Chad, I really want you to come and score this thing for me. It’s all top secret, etcetera, but come down to the edit and I just want to show you this so it’s your in head,” Hobson says. “So I went into the edit and they played me the first 20 minutes of the cut they had. I don’t think I uttered a word, I watched it and I just thought, oh, right. Ugh.”

Hobson, like tens of millions of other people his age, and like millions of other musicians, was a Jackson fan. The memory of Jackson’s criminal trial, more than a decade ago in 2005, in which he was indicted on 10 criminal counts, including child molestation, abduction, false imprisonment, and extortion, had faded. He was eventually acquitted on all charges, and the victim’s mother was villainized and ultimately charged by prosecutors with fraud and perjury related to statements she made at the trial. She accepted a plea agreement the following year.

“I remember around the time of the first trial, my mum was saying, oh there’s just out to get him,” Hobson says. “It can’t be that this guy we all love could do these terrible things. And here we are [14-years later], confronted with these two guys who beautifully told their story. It’s hard to argue with their words. It’s hard to feel that they’re lying. I know people who loved Michael and don’t want to believe it and they’re hanging onto their love. There comes a point, though, when there is just so much evidence. At which point do you say, he’s got to be guilty.”

We are living in a very different world than we were in 2005. Sexual predators are no longer given a pass just because they’re rich and famous. When Leaving Neverland aired on HBO on January 25 of this year, its effect on Jackson’s legacy can hardly be overstated. And Hobson’s music—at turns wondrous and deeply melancholy—came from a place of deep sadness.

“This film’s impact is a testament to Dan Reed,” Hobson says. “I’ve done many impossible subjects. I love the challenge of that, it pushes my art and my understanding. This was the epitome of ‘How do you tell this story musically without forcing people to think something? How do you let the story be told?’ So we went down this magical route, which is how meeting Michael Jackson felt for these boys. They get to meet this mega-star, it’s something out of a dream. We discussed an approach in which the music is a journey through this beautiful forest, but the further you walk through the forest, things get a little bit twisted, a little bit foreboding. This was the key into the language of the music. We start with this breezy, light, everything’s lovely sound. Then when we hit the point of the abuse, the limbs of the trees are all twisting down, it’s all dark. It captures the difficulty of this journey, rather than poking you in the side with the music saying ‘You’ve got to feel this way.”

Hobson was hit with his own tragedy just days before he was about to have his first meeting.

“Basically, the first proper music meeting to spot the documentary was two days after my father had died,” he says. “Unexpectedly as well. I walked into this meeting, a really hardcore meeting, and I was just done. But I love music, my whole life music, it was my way of dealing with grief. I had to throw myself into this enormous amount of work that needed to be done in no time at all. In a way I’m thankful. I was asking myself, ‘What is the meaning of everything?’ Especially when you’re dealing with the loss of innocence, the loss of childhood, the loss of an icon, and I was also dealing with the loss of my father, as well. Loss is a huge part of this score. It’s the core of it.”

As is the case for many films, Leaving Neverland had a temp score before Hobson could lay down the film’s actual music. Often enough a director and producers will fall in love with the temp score, which in this case had a big, emotional sound. Hobson says he worked to wean Reed and the team of these large scale works.

“We had to allow these two men to tell their story without the music shouting at you,” Hobson says. “We needed the score to rise and fall with the story. I wrote 132 musical cues that we recorded over two months. I had teams in different time zones, recording orchestras remotely, soloists in different studios, it was on the bleeding edge the whole time.”

Many people in the world reacted to the doc with shock, horror, and disgust—at the victims and the filmmakers.

“Can you imagine the day-to-day crap that they’re getting? Wade Robson’s dad committed suicide, the family’s completely destroyed,” he says. “Who on earth would do that for a lie? Nobody. We’re talking about politics and not music here, it’s like the O.J. Simpson trial, they were brilliant at getting you to take your eye off the ball.”

Hobson attended the British premiere and got to see people react in real time.

“Nobody moved, nobody said anything, it was complete silence. When it eventually aired on TV, the next day I went for my morning coffee before I went into the studio and it was like someone had died. I think the whole world left Neverland when this was broadcast.”

Hobson actually met Michael Jackson, many years ago, in a studio, and remembers thinking there was a weight hanging over him and his entourage. Then, years later, he’s scoring the documentary that seems to have finally revealed the man in total.

“To be honest, I’ve been overwhelmed by the response to this music. The soundtrack has been released, and I was never going to release a soundtrack album, I didn’t think that was the thing to do,” he says. “When the soundtrack went out in the States, I was in England, and my phone went off at four in the morning. These messages were all love. I’m involved in this dethroning the King of Pop, but Michael did what Michael did, and it has nothing to do with me. I just hope I made beautiful music and that it mattered because it mattered to me when I was making it.”