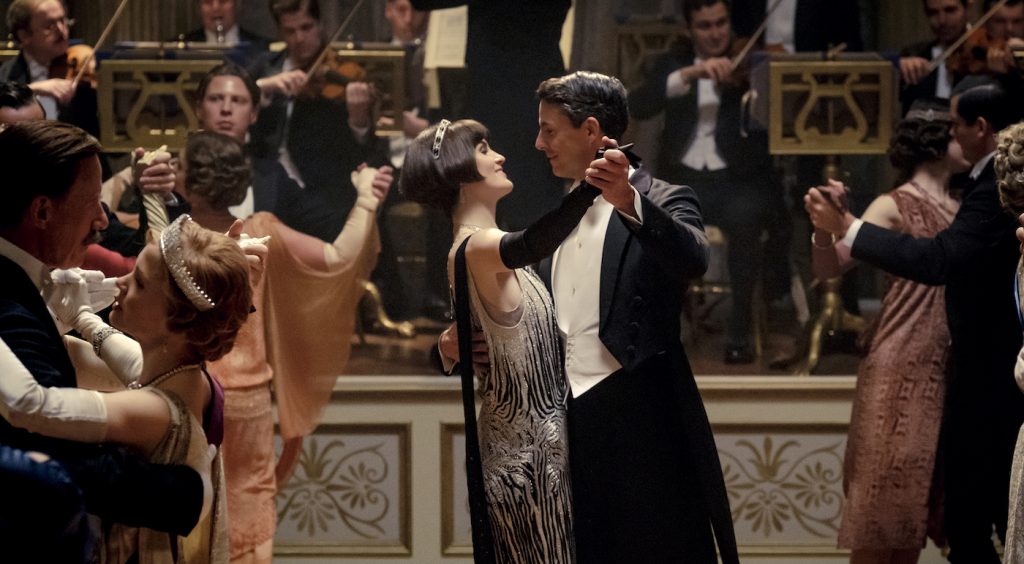 The first official trailer for Downton Abbey is here. The big-screen extension of the most nominated television show (not produced in the U.S.) in the history of the Emmys looks just as lush and finely appointed as it did on TV. The year here is 1927, and most of the Crawley family and their servants are back, reigniting the delicious upstairs/downstairs drama and romance that made the excellent series so irresistibly engaging. Directed by Michael Engler and written by series creator Julian Fellowes, Downton Abbey takes the Crawleys deeper into the 20th century, expanding the pageantry and romance of the series on a bigger scale.

For those of you who never caught the show, Downton Abbey was set mainly in the Crawley’s expansive Edwardian country house in England. Interwoven narratives between both the Crawleys, their extended kith and kin, and their servants delivered a bevy of juicy plots, subplots, intrigues, and gossip. The family drama was set against the backdrop of a rapidly changing world. Set between 1912 and 1926, the series began with the sinking of the Titanic and carried on through the outbreak of World War I, the Spanish influenza pandemic, the Irish War of Independence and through the Beer Hall Putsch. It was an expansive look at history unfolding from the perspective of a single well-to-do family and their large cadre of friends, footmen, and maids.

The film begins roughly 18 months from where the 2016 series finale left off, at the stroke of midnight on Jan. 1, 1926. The trailer reveals that two very special guests are coming to Downton—the King and Queen. This will require the very best from the staff, including the return of Charles Carson (Jim Carter), the Crawley’s most trusted (and retired) butler.